On 2 September 1998 Ron Lockwood met Koeberg's manager, Peter Prozesky, and Eskom’s chief medical officer, Dr Charles Roos, and formally raised the matter of his leukaemia diagnosis with them for the first time.

Lockwood had been a “radiation worker” at Koeberg for many years when, in 1996, he was persuaded to accept an early retirement “package”. In July 1998 - two years later - he was diagnosed as having chronic lymphatic leukaemia. Only then did he discover that Koeberg’s medical facility had failed to inform him of the abnormal blood counts recorded in its pathologists’ reports for the ten years prior to his having been pressured by Eskom management into taking early retirement. [And we mean “pressured”: for the year prior to accepting the package, he was given no work. “Instructions from the bosses,” his section head confided. 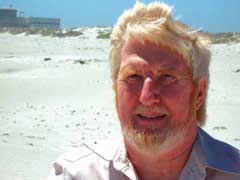 It is almost impossible to prove that any individual case of cancer is caused by radiation, rather than by any number of other possible causes. Lockwood is both intelligent and practical: he knew he had neither the time nor the money to waste on a high-risk court case.

But one thing was certain: Had Lockwod been informed of the dread pathology results in 1986, or at any time thereafter, he would never have accepted Eskom’s early retirement offer. He would have stayed in secure employment for as long as possible, improving his pension status and enjoying Eskom’s medical aid coverage for as long as possible.


Prozesky wrote to Lockwood a month after their meeting to say that, while Eskom had been working on verifying the information “as per our medical records”, it had become apparent that a more formal investigation was necessary. “An independent review team has been constituted and these persons are presently engaged in conducting a review of the matter. [See editorial in this issue.]

“From the information available to Eskom on chronic lymphatic leukaemia, it is our understanding that your illness is not associated with your employment at Koeberg, and hence this is not reportable. [More about that later. - Ed.]

“We understand your approach to Eskom to be … that you believe that you have been denied the opportunity to more effectively plan your financial and other circumstances, by virtue of the fact that an early diagnosis was not made.

“Eskom is not yet in a position to state its position.” Prozesky set up a follow-up meeting for 1 December. He said that “the team” had “mandated” him to bring in Mr Calvin Theko, a legal advisor from Eskom head office, to attend the meeting.

“I told Prozesky that I was not represented in any way and would be at a serious disadvantage,” Lockwood said. “He assured me that Eskom’s legal advisor was ‘not there as a lawyer’ and that there was ‘nothing formal or legal in terms of what Eskom were proposing’.”

At the meeting on 1 December 1998, Prozesky told Lockwood that “opinion varied” between Eskom having no liability and “some” liability – and that Eskom was “thinking of” offering him “about R160 000”. This vague proposition was immediately withdrawn when Lockwood asked how the sum was calculated. His requests to be shown Eskom’s actuarial reports and the independent investigation’s findings were refused by Prozesky.
At this stage, Lockwood was asked to leave the room to enable Prozesky to consult privately with his legal advisor. A flip chart was then set up. Like a typical snake-oil salesman, Prozesky now launched into an elaborate and complex scheme of “annuities” and “sinking funds”, with figures and graphs, to support the proposition that the R160 000 scheme was “actually worth R250 000” and that “with the R250 000 we gave you for early retirement you would be getting R500 000”.

“I told him that I did not accept his arguments,” says Lockwood. “I asked to be provided with a written and motivated offer in order that I might have it properly evaluated. Then, as the meeting was becoming increasingly hostile and I was not feeling particularly well, I took my leave.”

“Mr Morgan, clearly the issues that have arisen from investigation into radiation workers’ medical records at Koeberg nuclear power station are disturbing. In my case, the opportunity I had in 1987 [when a pathologist’s report obtained by Koeberg first revealed a blood abnormality – but this was not disclosed to Lockwood] to make a substantial improvement to pensions and other plans for my future with leukaemia, has now been lost to me.”.

“I am sure it is your wish to have this matter resolved equitably within Eskom’s stated values of accountability, responsibility and transparency. However it has become obvious, from my experience to date, that I will continue to put myself at a grave disadvantage by appearing without professional representation at any future meeting with Eskom.”

“Mr Morgan, I request that Eskom, through your good offices, pay the costs for the independent professional representation I need to protect my interests in an equitable settlement. I ask for this as a gesture of goodwill from Eskom.”


It was in response to this letter that Lockwood heard for the first time from Peter O’Connor, Eskom’s senior general manager (technology). O’Connor, it emerged, was now the “executive responsible to ensure the finalisation of the matter” 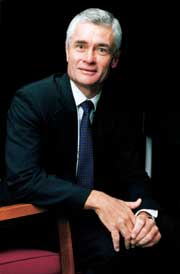 O’Connor needed some time to bring himself up to date, but six weeks later, on 18 January 1999, he provided the first of many curious responses to Lockwood’s requests for assistance:

“Legal assistance is only available to Eskom employees who are charged with criminal offences arising out of their duties as employees.”

Even more disturbing was O’Connor’s summary of their negotiations to date:

“It appears that your financial settlement aspiration is higher than ours. We take the view that Eskom is not legally liable for the situation in which you find yourself. Therefore, any settlement is ex gratia in sympathy with your situation. You have rejected our offer and we need to explore some other resolution.”

Lockwood responded: “I am not sure what Eskom ‘offer’ you are referring to.” O’Connor’s reply (on 10 February): “The offer is that made by Peter Prozesky and Calvin Theko during a meeting with you on 1 December, without prejudice and in full and final settlement of the matter. The terms and conditions were not discussed with you, due to your dissatisfaction with the offer itself.”

Pressed to be specific, O’Connor wrote on 1 April: “Since there was no finalisation of our negotiations, Eskom considers it inappropriate to confirm it in writing. As regards legal advice, in terms of its policy, Eskom does not assist employees (or ex-employees) financially in matters against itself. However, I do appreciate your trepidation at having to negotiate with Eskom. Therefore, after due consideration, as an exception to this policy, and in line with Eskom’s commitment to an equitable resolution, Eskom proposes to provide you with an amount of no more than R3 000 to enable you to obtain legal advice on the matter.”


Next issue: If O’Connor’s objective was to wear down his anxious and terminally ill ex-employee, meanwhile letting time pass by, so enhancing the chances of his claim against Eskom prescribing or – who knows – even of the bothersome man dying before he could prove a claim, the Eskom senior general manager has done very well. If that’s how Eskom executives earn their bonuses, congratulations Mr O’Connor! Thanks to your evasiveness, Ron Lockwood’s claim has prescribed. Eskom does not have to pay him a bean. n

LAST WORD - HAROLD STRACHAN
The geometry of history is fractal. That's the trouble, says our Harold. ...
IS THE US SET TO BEAT ABOUT THE BUSH?
American Sarah Ruden, who is resident in SA, thinks the popularity of two books that ...
MAIDEN WAS NO VIRGIN
Here’s a quick way to make some extra cash during the peak tourist season: register ...
TOURISM GLITZ MASKS DARK REALITY
Free Burma Campaign (SA)'s David P Kramer takes exception to our report on the tourist ...
LICENCE TO PRINT MONEY
Tom Dennen goes under the cover of his inkjet printer to investigate the murky trade ...
NOTES & UPDATES
Mercantile: what's up Mr Berlowitz? / Ben Trovato: outed / Claridges: that sinkin' Phelan ...
SA BUSINESS CLUB CHAIRMAN'S SURPRISE RESIGNATION
The chairman of the SA Business Club in London, questioned about investor’s “missing” R750 000, ...
DON'T MESS WITH GRANDWEST
A fun family outing to a Cape Town casino ended in terror when Arie Levy ...
THE LONG GOODBYE
Koeberg Part 2: Eskom gives former radiation worker, Ron Lockwood - ill with leukemia - ...
WHEN BARRY LEFT SALLY
Anglo boss Barry Davison's ex-wife, Sally, faces the demeaning prospect of having to prove in ...
EDITORIAL
Koeberg: let's have some common decency / Democracy: use it or lose it. ...
Dear Editor
Tip of the Koeberg / Malan and Aids / Calling Dr Dolittle / Another Landmark ...