Nose in a book 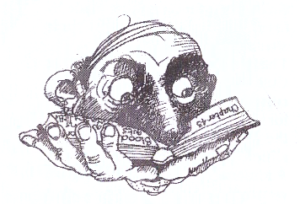 It’s today’s US Army where females are just about equal with males – soldiers, that is. Don’t stop at this point to ponder the philosophical question of why either sex wants to play soldiers, equal or not – just read on.

Westpoint graduate and star soldier, beautiful Captain Ann Campbell, is found brutally raped and murdered on the army base where she lived and worked.
Paul Brenner is an officer in the US Army attached to the Criminal Investigation Department. He is an outsider that happens to be on the spot at the time of the murder, so he is given control of the investigation. His job is not made easier by the fact that the victim was the daughter of the base commander, General Campbell, particularly when his investigation reveals her bizarre sexual life on and off the base.

It becomes clear that just about everyone wants him off the case and before he reaches the solution he must breach the seemingly impregnable façade of officers and gentlemen, to expose layers of corruption, sexism and deception.
Nelson Demille has written a string of bestsellers including Word of Honour, The Charm School and Gold Coast. This one too is a very good thriller – and an interesting novel.

He once served in the US infantry in Vietnam, when he was awarded the Bronze Star and Air Medal by US Army, and the Vietnamese Cross of Gallantry by the Government of Vietnam, so he knows the army stuff very well. He does the conventional thing – building up the tension and keeping you guessing till the end. But more than that he writes convincingly and humanely about people, and offers a pretty good insight into the closed mind of the professional soldier.

The author is a practising San Fransisco trial lawyer. His first novel, The Lasko Tangent, won an Edgar Allan Poe Award in 1979. Degree of Guilt is his first novel in six years and has come at the right time. Courtroom dramas are in vogue now and Patterson’s book seems set for success. It is an intricate and intelligent story which culminates in a realistic and tense court case. An eminent American novelist is killed by Mary Carelli, a well-known TV personality, who is charged with murder. Her defence is attempted rape. The man she chooses to defend her is her ex-lover, trial lawyer Christopher Paget, who lives alone with their son in San Fransisco.

In order to defend her, Paget must establish the character of the murdered man and in doing so, he becomes increasingly uneasy about Carelli’s motives. At the same time he must try and understand the psychology and motives of the judge and the prosecuting attorney, which are not that straightforward either.

If you loved Presumed Innocent, you will love this one.

NOSING ABOUT THE ARTS WORLD
The new SA Arts Board has many Chiefs, one Indian, and that fellow from Nedbank. ...
UK CLASSIC MEETS SA CLASSIC (and nearly dies)
Philippe le Roux, OBE, former NUSAS vice-president and SA political detainee, took over the famous ...
HOW NORM TRIED TO SEND R1,8M TO POOR ROSEMARY IN TEXAS
It’s no great surprise that Norman Benjamin wanted to send some cash to his daughter, ...
NOSING INTO POLITICS
As an example of superficial research and thinking, the report by the Howard Commission on ...
EDITORIAL
Welcome to the first edition of noseweek. Is that really Jane Raphaely in a very ...
Gus
Oops ...
Frank's Fun
What Frank gets up to ...
Our Videos
...
Dear Editor
Dear Sir Re: The special subscription offer to old nose magazine subscribers This is the best (and ...
Pigging out in Cape Town
Is there anything in the rumour that the Cape Times is to fold its Saturday ...
Nose in a book
The General’s Daughter by Nelson Demille (Harper Collins) It’s today’s US Army where females are just ...
Nose on screen
FACIAL FUR (AND OTHER WORRYING FEATURES) I’ve always argued, perhaps wistfully, that looks, age and appearance ...