The subtle art of changing minds

I have always wanted to be a science communicator, someone who helps other people understand complex or technical information about our world, before I even knew it was called “science communication” or understood it to be a viable career.

From a young age I have been sharing interesting knowledge with my friends and family based on what I have learned. Looking back, it felt good when they would see something brand new, in things they previously took for granted, just like I had.

I like to share how something new I have learned has changed my world view, and if something is complex, I break it down into simpler bits in the same way I did to wrap my head around it first.

This brings me to an important lesson in science communication: facts do care about your feelings.

Those of us who consider ourselves rational thinkers have a tendency to overestimate our ability to change people’s minds simply by presenting the facts. Smoking tobacco, driving without a seat belt, and choosing an unhealthy diet are just a few examples of how people do not necessarily make the best decisions even with access to the best information. 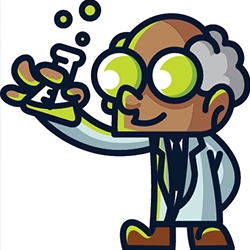 Since climate change science became a political football in America, the whole world has caught a cold from that sneeze of greed and stupidity. The United States of America is a global powerhouse of science and technology, yet president Donald Trump tells the World Economic Forum 2020 – where delegates gathered under the theme of sustainability – that the climate change message is “alarmist”.

On that note, Professor Amanda Lynch of Brown University, told me that climate scientists made a mistake in how they chose to let the world know about climate change from the very beginning. She’s written a book called Urgency in the Anthropocene, about how narratives around climate change have shaped action to combat it. She says scientists mistakenly believed that the facts alone would prompt governments to take action.

But human beings do not work like that. Too much room was left for debate, and money has played an important role in pushing the narrative of “climate scepticism.”

At an academic science communication conference (SciComm 100) that I attended at Stellenbosch University in 2018, some speakers lamented the many failed efforts to change people’s minds by just dumping facts on them.

Dietram A Scheufele, a science communicator at University of Wisconsin-Madison, told me that growing political divides and online echo chambers are reasons why facts do not easily convince people.

“To protect our identities and our belief systems, we’re adjusting the facts to fit our beliefs, instead of adjusting our beliefs to fit the facts,” he said.

The key is to understand why people have certain beliefs in the first place, and to realise that distrust in authority and expertise might be why they recoil when presented with new information.

Ridiculous as purveyors of the flat earth movement may be, at the core of their perception of reality is a very real distrust of authorities they feel have lied to them before: “if the government lied about this or that, they could well be lying about the shape of the earth, couldn’t they?” their thinking would go.

I believe there’s a bigger chance that you’ll change someone’s mind if you acknowledge their fears and feelings about a topic. This is not the same as agreeing with or condoning their belief, but it leads to a human connection, where they feel heard and understood rather than attacked.

Think of people who believe in things like “white genocide,” or that vaccines cause autism in children. Their fears are very real, but their conclusions are flawed.

Of course, some people cannot be reasoned with; they can refuse to be. So, it might be helpful to address individuals instead of groups as you can’t reason with a blood-thirsty mob.

To me, nothing beats human conversations full of empathy and kindness. And to start conversations with a goal of learning and teaching, instead of “destroying” your “opponent”. They call this the Socratic method of debate and we need more of it today.