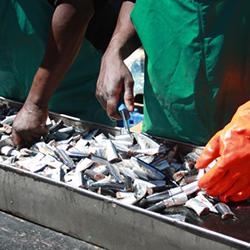 In May 2014 Jacob Zuma appointed Senzeni Zokwana as Minister of Agriculture, Forestry and Fisheries. But by July 2016 Zokwana and his department were faced with a court application to interdict them from fishing an exploratory permit worth between R80 million and R120m per year, renewable for up to 15 years. Until now nobody connected the dots, except maybe the man who later became the whistleblower in Namibia’s Fishrot scandal, Jóhannes Stefánsson.

“They have a very strong political backup and we have a common friend in Namibia,” Stefánsson wrote.

Noseweek asked Edmund Greiner, lead maritime litigation specialist at Shepstone & Wylie, what he understood when Stefánsson said Global Pact had a strong political backup? He responded that he was instructed on behalf of the Icelandic group of companies to review a potential agreement wherein his client would supply a vessel to Global Pact. He said that his law firm was not involved in the permit the company had secured.

But the political backup was real because in another email Stefánsson informed a colleague about a planned meeting with Global Pact’s owners and their connections, referring to them as the “main person” and “a former Minister in South Africa”.

It is not clear which former minister but, according to company documents, Global Pact’s “main person” was James Booi, its managing director, who is allegedly a former bodyguard and friend of Jacob Zuma. 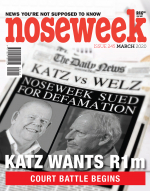