Scamster ‘cost investors their homes, savings and even marriages’.

In December 2016 Noseweek reported extensively on the flood of binary options scamsters, most based in Israel and Cyprus, who were targeting the South African market on social media and via internet news channels (nose206). A damning follow-up article appeared in February 2017 (nose 208).

Despite the scale and brazenness of the frauds, we noted the absence of action from any regulatory authority and law enforcement agency. Even in the UK, where the fraudulent sale of binary options was by then the country’s biggest scam, there had been no successful prosecutions. The official explanation: the fraudsters are usually located abroad.

The UK National Fraud Intelligence Bureau’s deputy director and financial crime specialist, Detective Chief Inspector Andy Fyfe, said that on an average two reports are made to police in Britain each day and the average investor loses £20,000 (more than R300,000).

Most people there were not bothering to report their experience in the knowledge there was little that police could do. The business was also not overseen by the Financial Conduct Authority (FCA) because it is classed as gambling. And the UK Gambling Commission only regulates operators that have equipment based in Britain. 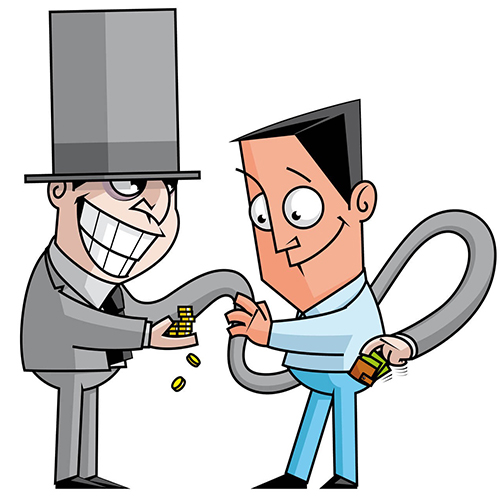 But, it now emerges, things are different in the USA, where a Maryland court has found that Israel-based Yukom Communications, which provided investor “retention” services for two websites, known as BinaryBook and BigOption, was fraudulently promoting and marketing binary options. An employee and binary options sales agent for the company, Israeli citizen Lee Elbaz was sentenced to 22 years in prison in December. She operated from a call centre.

US District Judge Theodore Chuang told Elbaz, 38, that her actions had cost vulnerable (mostly elderly) US investors their life savings, their homes and even their marriages. “This was a very significant crime with significant harm to victims,” the judge said.

In his order Judge Chuang noted that the internet fraud conspiracy revolving around Israeli-based Yukom Communications was an extensive international conspiracy. It involved companies based in Israel and Mauritius that engaged in fraudulent telephone, email and social media communications designed to cause individuals to invest in purportedly legitimate financial instruments under false pretenses.

Elbaz, as the CEO of Yukom, instructed numerous retention agents to lie to potential investors in order to procure such investments. Elbaz also had a role in the work of retention agents working for another company, Numaris, located in Tel Aviv, Israel, and with yet another company, Linkopia, based in Mauritius. Evidence in the trial indicated that victims of the fraud worldwide lost over $140 million.

The Maryland District Court had already sentenced three other individuals involved in the scam: on August 23, 2019, Lissa Mel (aka “Monica Sanders”) was sentenced to 12 months and one day of incarceration, followed by two years of supervised release, and was ordered to pay $288,024 in restitution.

On September 20, 2019, Liora Welles (aka “Lindsay Cole,” “Lindsay Wells,” and “Lindsay Taylor”) was sentenced to 14 months of imprisonment, followed by two years of supervised release, and was ordered to pay $2,395,310 in restitution.

On September 23, 2019, Yair Hadar (aka “Steven Gold”) was sentenced to eight months of imprisonment, followed by two years of supervised release, and was ordered to pay $1,200,000 in restitution.

Elbaz’s lawyer tried to persuade the judge that she was “middle management” and that her bosses Yossi Herzog and Kobi Cohen were the heads of the conspiracy. Herzog and Cohen, who have both been indicted, are still at large.

Binary options fraud flourished in Israel for about a decade before the entire industry was outlawed via Knesset legislation in October 2017, largely as a result of investigative reporting by The Times of Israel that began with a March 2016 article entitled “The wolves of Tel Aviv”.

At its height, hundreds of companies in Israel were engaged in the widely fraudulent industry, employing thousands of Israelis, allegedly fleecing billions out of victims worldwide.

Many of the fraudulent operatives have since moved their operations abroad, or switched to other scams, though Israeli law-enforcement authorities have proved unwilling or unable to prosecute more than a handful of alleged offenders. By contrast, the US government is ratcheting up efforts to bring Israeli offenders to justice.

Nimrod Assif, an Israeli lawyer who has sued several binary options companies on behalf of the victims, said in response to Elbaz’s sentenc-ing: “I estimate that hundreds, if not thousands, of Israelis were engaged in pretty much the same conduct for which Elbaz was convicted and sentenced. Their fate is different only because they did not target Americans, or haven’t been caught.

“If Israeli law enforcement authorities had done their job, we wouldn’t have come to this sad day.” – Times of Israel and AP