What became of Tannenbaum’s loot?

The Ponzi scheme run by Barry Tannenbaum and his main accomplice Dean Rees started to come unstuck in late 2008 and early 2009. The two men hurriedly made plans to move their loot out of sight.

So, what have the trustees of Tannenbaum’s insolvent estate – who were faced with the task of unravelling one of the biggest and logistically most complex frauds in local history – been doing since then? One thing they did was blow R5.5 million on an Australian trip that turned out to be a largely fruitless attempt to extract information from Tannenbaum, who by then was resident in Runaway Bay in Queensland.

They insist it was useful when local creditors demanded to know what they had done about tracking Tannenbaum’s worldwide assets.

On a Friday in May 2009, Johannesburg businessman Christopher Leppan applied to the South Gauteng High Court to have Barry Tannenbaum, the mega-rich, famously pious son of Harold Tannenbaum, a founder of Adcock Ingram, South Africa’s second-largest pharmaceutical company, declared bankrupt.

Leppan told the court he had been persuaded to invest in what was supposed to be a hugely profitable scheme devised by Tannenbaum junior to finance the importation of raw materials required for the local manufacture of anti-retroviral drugs for HIV/Aids patients – so profitable that Leppan was promised a 20% return on his money every 12 weeks.

Barry Tannenbaum said he had advance orders from various major drug manufacturers, so there was no risk. The deal seemed so good that Leppan invested nearly R3m.

But when in May 2009 he asked for his capital and interest – by now totalling R5m – Tannenbaum’s cheques, drawn on his personal account at RMB Private Bank in Pretoria, bounced. The bank informed Leppan that Tannenbaum, who emigrated to Australia shortly beforehand, had closed the account.

The court made an order placing Barry Tannenbaum’s estate under provisional sequestration.
Nothing too remarkable there – until we learned that Leppan is one of hundreds of South Africa’s millionaires who were caught out by Barry Tannenbaum and his representatives in the country’s biggest-ever cash pyramid or Ponzi scheme.

Clearly many rich South Africans had no scruples about profiteering off the Aids epidemic afflicting the country. (Unless, of course, they knew it was just a ruse to cover an illegal gambling game in which they were happy to take their chances, maybe even to collect their payout offshore.)

Leppan knew of one man who had invested R30m. Noseweek identified many others: one of them former Pick n Pay CEO Sean Summers, who invested over R50m and claimed he was by then owed over R100m if you included the profits he was owed.

Just so he shouldn’t feel too bad about it, the former CEO of OK Bazaars, Mervyn Serebro, invested R25m and believed he was owed over R50m.

Between them, an estimated 400 investors are believed to have lost R3bn or more. Much of it simply disappeared via a Hong Kong bank account, to – well, only Tannenbaum and two or three of his local recruiting agents know where.

That was June 2009. So what has happened since?

In a court filing dated December 17, 2014, Elle-Sarah Rossato, a SARS manager, wrote that she failed to understand why one of the trustees, Gavin Gainsford, who worked for KPMG at the time, said he could not justify a cost of R500,000 to interview Tannenbaum and his wife in Australia, yet according to SARS’s calculations, the trustees proceeded eventually to spend more than R5.5m on just such a trip.

The news broke in June 2009 that the Ponzi scheme, as was inevitable, had failed. By then Tannenbaum and Rees, knowing with their inside information that the end was approaching, had moved offshore with their fortune. Rees and family live the good life in Switzerland, which has no extradition treaty with South Africa.

A high court judge placed Tannenbaum’s local estate in provisional sequestration in June 2009. The order was made final in August.

The three trustees reported in 2014 that Tannenbaum and Rees ran their scheme using a complex structure of local and offshore bank accounts, companies, trusts and individuals.

“[The scheme] attracted investors from all over the world: South Africa, the United Kingdom, Europe, North and South America, the United Arab Emirates, Australia, China and Hong Kong,” they wrote.

In America (where it historically originated) a Ponzi scheme – named after Charles Ponzi –  which in its purest form is simply a cash pyramid, is a prohibited form of gambling. The scheme pays temptingly inflated returns to earlier investors, using the money of the growing number of later investors who join up as the news spreads about those fabulous returns, creating a pyramid with an ever-widening base.

The scheme instantly collapses when the number of new recruits does not grow at a rate sufficient to cover the returns/profits promised to the earlier tiers of investors. Early investors can make huge profits, while the last investors tend to lose all they have invested. Claims by the operator that the outlay is supposedly an investment in a genuine economically productive enterprise is simply a ruse to provide cover for the illegal scheme.

The Tannenbaum trustees’ trip to Australia took place in October 2012. They met Tannenbaum and his wife Debra in Brisbane.

SARS manager Rossato comments: “I have studied the transcripts of the Australian inquiry, and in my opinion, little of value for the estate was achieved.” She was sceptical of the trustees’ claim that their trip “bore useful and important fruits”.

In a notice of motion dated September 2014, the three trustees explained: “We first made contact with his attorney in South Africa, who confirmed that Tannenbaum would not return to meet with us here. His attorney advised that we could meet with him in Australia if the estate paid the fees and disbursements for his South African attorney and senior counsel to travel to Australia (business class) and attend the meeting. The estate was also required to pay for his Australian attorney’s attendance.

“We estimated that this would cost approximately R500,000, which we could not justify. Thereafter all communication with Tannenbaum’s legal team broke down,” the trustees said.

As explained, the key reason why the trustees wanted to interview Tannenbaum was to counter charges that they had not accounted for all of Tannenbaum’s assets and liabilities worldwide. On July 4, 2014, the trustees filed a response to John Martin who had lodged two claims of R108,500 and R573,500.

They revealed that the seven-day trip to Australia had included the estate’s attorney, junior counsel, the forensic accountant, a trustee and a trustee’s representative and that they had planned to interrogate Tannenbaum for three days about his worldwide assets.

MD of Computer Forensic Services Steve Harcourt-Cooke was on the trip, as were Kalianjee and James Galloway, who at the time worked for Gainsford, according to a source.

The trustees of the insolvent Tannenbaum estate organised Australian visas for Kalianjee and Galloway, documents show.

“Although the trip to Australia and the appointment of Australian attorneys and counsel was a costly exercise… we are satisfied that it had borne useful and important fruits.

“Primarily, we were now confident that we could meet the inevitable attacks from the defendants that we had not accounted for Tannenbaum’s worldwide assets and liabilities,” the trustees said.

In a letter dated July 10, 2014, addressed to the Master of the High Court, Galloway stated: “Following the examination of Mr and Mrs Tannenbaum and the obtaining of documents from the liquidator of Bartan (Tannenbaum’s Australian company used to run the scheme) in Sydney, our forensic accountants were in a position to supplement their expert reports to provide for Tannenbaum’s worldwide assets,” he wrote.

But Noseweek could find no mention of that key Hong Kong bank account. 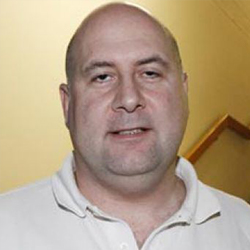 “Having obtained this information and documentation in regard to Tannenbaum’s worldwide assets and liabilities, it eventually led to the settlement of various actions and, in particular, the Jawmend Rossi action for R35m and the judgment against Rees for approximately R160m,” Galloway said.

“Tannenbaum disclosed to us that he owned an investment in Stanlib, which was not previously known to us, which we then realised for R180,503.81.

“The aforesaid indicates that the examination of Tannenbaum in Australia was essential and that the Tannenbaum estate derived a substantial benefit therefrom,” Galloway added.

The three trustees also said: “An additional benefit was that Tannenbaum confirmed he had gambled away approximately R65m of investor funds. On the basis of the advice from our tax attorneys, we were able to bring those losses into account which assisted us in obtaining a reduction in SARS’s assessment of Tannenbaum’s outstanding tax liability from approximately R120m (originally around R747m) to an agreed amount of approximately R32m.”