You take the high road

You want to initiate a class action suit on behalf of which group?” asked the lawyer. “Motorists,” I replied.

“We are under siege, Sir. These bastards accost us everywhere; on the highway, at the robots – we’re not even safe in the parking lots!”

He nodded and made a note.

“So, you want to start a class action on behalf of motorists against criminals on the road?”

“Not criminals, pedestrians! The crooks have the decency to know they are a menace. At least they sneak up on you. These bipedal pests march in front of you with a breathtaking impertinence.”

“What type of restitution do you want?”

“My group wants the legal right to retaliate with lethal force as self-defence.”

“You want a law giving motorists the right to murder pedestrians?”

“No, not kill them, obviously. Maybe just bump them a bit from time to time.” 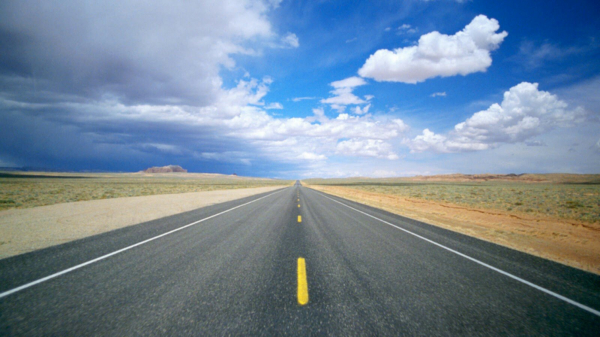 The lawyer put down his pen. “Hah, yes, I appreciate your frustration as a driver, but you cannot resort to violence whenever you feel aggrieved. You will be charged with manslaughter or attempted murder. Two wrongs don’t make a right.”

“How many wrongs will it take?” I asked. “I’m ready to go all-in here. And I have a massive groundswell of support behind me. I don’t know how long I can hold them back.”

He lowered his head so he could look at me over his glasses: “Unfortunately, the National Road Traffic Act places a much more onerous burden on the motorist than the pedestrian.

“I know of a case where a pedestrian paid a R400 admission-of-guilt fine for crossing a highway; that’s ‘jaywalking’. In terms of Section 57 of the Criminal Procedure Act, it can result in a criminal record, but there is little capacity or will from law enforcement to impose these bylaws.”

“I have inherent dignity and the right to have my dignity respected and protected, are you with me?” I asked.

“I know the Bill of Rights, how does it apply here?” he demanded.

I leaned forward to make my point. “Is it dignity, when a licensed driver has to slam on breaks for a millennial with a man-bun stepping into the street wherever he wants because he thinks his kale smoothie has right of way?”

Stunned silence from the lawyer. I expanded the point. “The ignominy when I have to slow down for a pack of Sisis, marching in the middle of the road, two-by-two, when there are pavements on either side of them! What are they trying to do? Take back the land one road at a time? We can probably make some kind of land restitution claim here…”

The lawyer lifted his hand for me to stop. He obviously got the gist of my brilliant legal arguments.

“Dignity Rights don’t work like that. The right to an unimpaired dignity is protected by the actio iniuriarum. Such can be invoked when a person is subjected to offensive and degrading treatment or is exposed to ill-will, ridicule or contempt, such as racism or defamation. Your case is not a class action. It’s vexatious at best.”

“Hmpf,” I conceded. “Okay, what if we just lobby to change the current laws ever so slightly then?”

“That is a more reasonable approach,” the lawyer said. “What do you have in mind?”
“Simply change the punishable offence from ‘jaywalking’ to ‘walking’. And expand the scope of ‘punish’ a bit. Time is running out. My people are ready to take the law into their own steering wheels.

“Please don’t tell me you are planning to do something... unwise. How many protestors are we talking about here?”

“Well, I posted on Facebook that I was going to see a lawyer about starting a class action and then write a Noseweek column about it. Thirty-five people ‘liked’ it. God knows what they are capable of.”

The lawyer packed up his briefcase: “Sadly, and it truly grieves me to say this, I do not have the skills to represent you and your mini-mob of maddened motorists,” he said. “I have a degree in law, not psychiatry. Good day.”

To my 35 Facebook friends, as you can see, the road ahead of us remains long, indecorous and filled with pedestrians.