Oh Nosey ones, I think it’s the first time in many years that I am looking forward to the X-Mas holiday, or better said, the X-Mas break. The good Lord knows I could use a break after having to deal with the trials and tribulations of the land reform programme.

Yes, I must admit I am not so much  looking forward to the break because of my love of celebrating the birth of Jesus, but because it assures me and my fellow submerging farmers a stay of execution, albeit temporary, but a stay nonetheless because who knows what will happen come 2020.

Will the honourable minister see this land reform challenge with business-focussed 2020 vision, or will she continue looking at it with the tunnel vision of politics?

Argh man! Speaking of politics and this land reform thingy, I get a call from a friend who also happens to be a senior member of the  local DA. He’s calling to compliment me on the “very funny” piece I posted on Facebook as an open letter to the minister.

Whoa! Hold on there, I said, I do not post on Facebook unless it’s a simple happy birthday or suchlike to my American friends. Other than that I shy away  from posting on social media, period.

Then alas it dawns upon me that my DA friend did say he saw the posting on the DA’s page. Naturally putting two and two together it was clear this posting was done by a third party.

Okay, fair enough, but here’s my problem nosey ones: I think of myself as a small sailing vessel in the turbulent waters of the rough sea called Land Reform. I send out a distress call hoping the SS land reform minister will respond and then change course and quickly come to my aid. 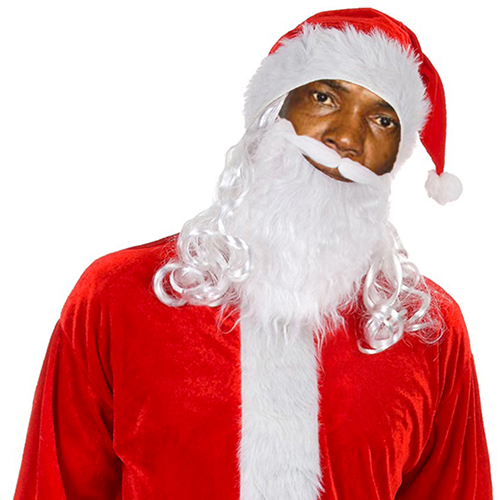 Instead the distress call is immediately recognised by the SS DA. Oh just great! I say, I got the attention of the SS DA, a ship that has its own distress signal floating about and is desperately trying to save itself from sinking. What can the SS DA do for me? Tow me down to the depths with it? Please, snow or no snow, clear the skies. I really need to hear the ho, ho, ho of the old white fella in a red suit riding a sled.

Yessir, I need this X-Mas break. I look forward to happily putting up my Christmas tree. And it’s no desktop specimen. It’s a reasonably full-size one. Fake, but good size nonetheless.

Yes, I look forward to lounging in front of the TV, watching those X-Mas movies that, for sure, will bear no similarity to how X-Mas looks in this here Southern Hemisphere. Here, there’ll be no snowed-up streets or sidewalks; no romantic vision of ice skating on a frozen lake, let alone waking up in the morning, peering out of the window and seeing the majestic beauty of a snowfall. No, our African butts are going to be met with a blazing sun augmented with a little jiga-ma-jig called climate change.

Sorry if I’m being insensitive to remind you of the unavoidable,  excruciating  African heat during this time of the year. It’s as inevitable as those X-mas movies – which is why I can be forgiven for taking a hard line on my helpers on the farm when they complain about the heat. I mean is it so bad for me to belt out “Hey, it’s not as if you’re immigrants from flippin Saskatchewan!”?

By the way, I was writing this piece while simultaneously watching the rugby world cup. Mind you, I am not a TV sports-watching person but because of national pride I found myself captivated by the final.

And all I can think of is that our victory is a reminder of just how much we Mzansi people have to be thankful for. A nation that has a bright future because we are trying – for the most part, in unity – to address our socio-political and economic challenges.

Just like the Boks in unity scored two tries, so the EFF and its continuously racist-driven rhetoric can go jump off Table Mountain.

In spite of what EFF spokesperson Mbuyiseni Ndlozi, said, we don’t need our white Boks congratulated by Prince Harry, thank you, we’ve already done it.