The Madness of Crowds: Gender, Race and Identity

The title of this book might seem to suggest that it deals, say, with the frenzy of populism generated by the insanities of Trump, or the Little England delusions cultivated by the inanities of Johnson. But these get no mention from Murray, who is himself a Brexit supporter, and associate editor of the right-wing periodical The Spectator: he is concerned with another kind of madness altogether, inflamed by “the intersectional, social justice movement”, an apparently monolithic body whose “aim… has consistently been to take each [issue] – gay, women, race, trans – that they can present as a rights grievance and make their case at its most inflammatory. Their desire is not to heal but to divide, not to placate but to inflame, not to dampen but to burn. In this again the last part of a Marxist substructure can be glimpsed.”

Evidently, then, while we have been stressing about the growth of violent populism or the escalation of war thanks to US foreign policy, the real threat has been hiding in plain sight in Western academia and media – liberal academia and media, that is.

Murray, like many right-wing commentators, is well-educated, and he writes with some force and clarity. His thesis can be summed up as What’s sauce for the goose is sauce for the gander; that is, he excoriates the instances of double standards he finds everywhere: “Many [gays] would appear to want to be precisely equal but with a little gay bonus,” he complains (he is gay himself, but does not claim a bonus, other than being very acute on the subject of gayness). As for women,  “the current accepted way of regarding women is: the same as men, but different where it’s useful or flattering”. And, referring to a televised incident in which Ellen DeGeneres embraced the pop star Katy Perry “at eye-level with her breasts and ogling them with her mouth open,” he comments, “although by then there was considerable agreement that men could not objectify women, it appeared that an exemption clause existed for celebrity lesbians.”

It is easy to dismiss Murray’s concerns as standard right-wing gripes (and there is a certain predictability about them), but they are more difficult to refute. He has assembled a formidable array of examples to bolster his case, usefully footnoted with links to the incident in question. To sum up baldly, I’d say that most of the cited incidents do support his points, whereas others rely on some tactical skewing of perspective. 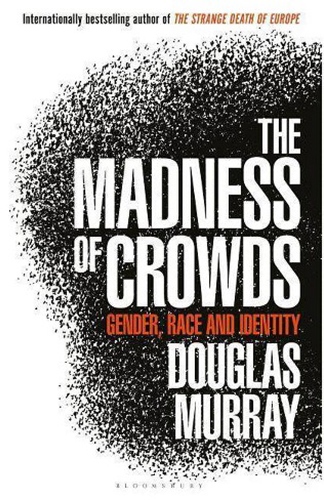 In the first category is the case of Avital Ronell, a celebrated feminist academic at New York University. For three years she relentlessly harassed, both mentally and physically, her supervisee, a gay male graduate student. Despite his repeated complaints, the university failed to take any action against Ronell. When at last they did so, and suspended her for a year, the suspension elicited an outraged petition from many of her distinguished colleagues, including the feminist superstar Judith Butler, praising Ronell for “the grace, the keen wit” she avowedly possessed, and vilifying her victim. Ronell did her best to block the young man’s appointment elsewhere; meanwhile she has been reinstated at NYU and is about to return to her teaching (and other pursuits). As Murray sums it up: “All of which suggested that allegations of abuse are indeed always to be taken seriously, unless the victim is a man or the accused is a professor of feminist literary theory.”

Less convincing are Murray’s strictures against gay parenting. He criticises Olympic diver Tom Daley and his husband for publishing a photograph of an ultrasound of their baby without mentioning the surrogate or the egg donor: “here were two gay men writing at least one woman… out of the story entirely. Indeed, writing a woman out of perhaps the most important story any person could ever be involved in”. But what would Murray have preferred: for the two fathers to be photographed with the ultrasound plus the egg donor plus the surrogate mother?

Surely the ills Murray dissects so incisively are negligible compared with the evils to which they were a reaction: the special pleading in favour of gays must be less harmful than the brutal homophobia it was a response to; by the same token, the double standards of feminism are trivial compared with the blind prejudice of sexism; and the inequities of affirmative action are less destructive than the deprivations of racism. Of course, we would rather be without both poles of the equation; but in an imperfect world we may have to opt for the lesser evil. Murray seems to me to anatomise the lesser evil and leave the greater revivified by his efforts.

Murray’s book demonstrates once again the role of the excesses and absurdities of the woke left in creating a platform for the right. Murray occupies that platform eloquently and at times persuasively; but in the end his platform becomes a pulpit. And, resonant as many of his examples are, they are of not much account in the larger scheme of things. Thus, to cite, say, society’s tolerance of Ellen DeGeneres’s ogling of the boobs of some pop star as an instance of The Madness of Crowds, in the face of the electoral victories of Farage, of Erdogan, of Trump, is not just inappropriate: it’s dishonest.