Pub stories: Billy and the Mormons

Billy was at her usual spot at the bar, smoking, drinking and picking at a black scab on her temple. She banged her pewter tankard on the counter twice. It was a sign for Zama to re-frll it with a quart. "How are you feeling today, Billy?" asked Piet Professor. Billy took a long drag on her ciggie: "I have my pack of cigarettes, my beer and my health," answered Billy. "What more is there in life?"

"What more, indeed," said Piet. He noticed someone at the door. "What the hell are they doing here?" he demanded. "Am I on God's '10 Most Wanted' list this week?"

Two young men in crisp white shirts, black ties and dark trousers had pulled up outside the pub on bicycles. "Yesterday, the Jehova's bloody Witnesses knocked on my door," Piet complained. "Now it's the blooming Mormons!" He ordered another double brandy and coke just to calm down.

"Do you mind if we bring our cycles inside?" inquired the younger of the two Elders. "We were told they might be stolen in this area."

"I am not allowed to bring my motorbike in," objected Piet. "Nor me my Volksie," said Billy. I shrugged and said nothing because I walked there. 'Your bikes will be okay where they are," the barman said. "I will keep an eye on them.

“Can I get you gents a drink?" Elder Britain said they were not allowed to drink alcohol. He told us they were sent there by God to save us.

I forget the missionaries' names, but they were from Britain and Samoa. They had done service in America, the Philippines, Australia and now Germiston. 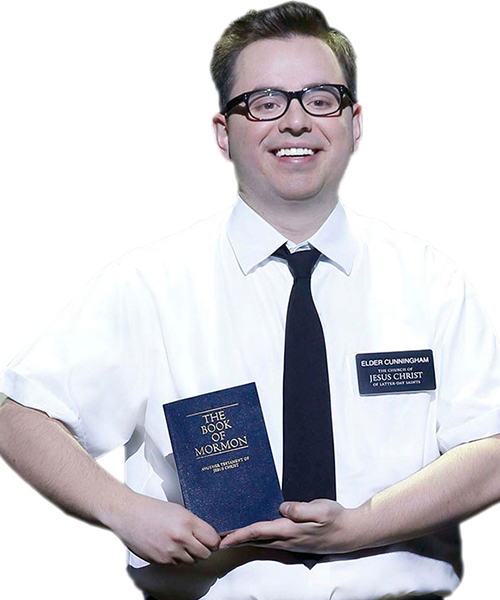 "Crikey, what did you do wrong in your previous life for God to send you to Germiston?" asked Piet.

"Reincarnation is a Buddhist concept, brother," Elder Britain said, beaming from ear to ear. "We are from the Church of the Latter-Day Saints. We believe Jesus is the answer."

I wondered why Jesus was the answer and, more particularly, to what question, but Piet raised a more pressing issue: "Why are you grinning like that? It is making me uncomfortable."

Elder Britain looked at Billy as if she'd asked a rhetorical question, which she hadn't. "The way of Jesus is the road to Salvation," he said.

Billy scratched the cancer sore on her face and banged her pewter gavel on the counter thrice.
She struggled off her barstool to deliver her verdict. She marched towards the Mormons. They weren't smiling anymore.

"I have been smoking for 55 Years," declared Billy. "Drinking since I was 17 and survived cancer three times. Now you want to save me?"

"Jeesh, check how fast their legs can go up and down on their Mormonmobiles!" laughed Piet as we
watched the Mormons flee the scene.

'You are misquoting Karl Marx," the professor corrected me. "What he really said was: ‘Religion is the sigh of the oppressed creature, the heart of the heartless world and the soul of soulless conditions. It is the opium of the people."

"H-pf," I said, ordering us all another round. "Booze and belief are the same then, aren't they? They give us solace when there is nothing else. It's a nice excuse when we do not have the courage to face life head on. And they both release feel-good chemicals inside of us. Dopamine, endorphins, Oxytocin if you're lucky. Their drugs make them happy, so do ours."

"So we are all drug addicts, now?" asked Piet Professor, quite offended for a split second.

'Yes, the way I see it," I replied. "Maybe we should not have been so hard on our two young brethren."

"Ok, maybe one addict shouldn't judge another," conceded the professor, "But for God's sake, have some decency. Do you have to come in here so unashamedly and sell your drugs so early in the morning? It's hardly 9 o'clock. The first NG Kerk bell hasn't even rung yet."

"The NG Kerk can also bugger off," said Billy.

"God bless you Billy," I said and gave her a big hug.

"Hallelujah, everyone!" shouted Piet on to the street. "And cheers! Not necessarily in that order."

And then the church bell rang.