Nosey readers of this column have, I hope, been entertained from time to time by the challenges I’ve written about that have cropped up on my Mpumalanga farm. I once quoted  American rocker John Cougar Mellencamp who sang, “Rain on the scarecrow/Blood on the plow”.

The song was written for and performed at the inaugural Farm Aid concert in the States in the 1980s which was aimed at assisting farmers who were being devastated by bank foreclosures. Well, those same lines have been playing over and over in my head lately.

In early August, out of the blue, some of us black farmers in my area were hit with letters headed “Termination and Non Renewal of Lease Agreement”. The letters contend there has been “underutilisation” of the properties.

Naturally one’s immediate response in a situation like this is to write to the Department of Rural Development and Land Reform appealing that they reverse the decision.

Then I have to ask myself why they would they suddenly spring this on us without any warning? How can these guys – my black empowerment partners-in-crime, my land redistribution programme partners – how can they, why would they, rain on my scarecrow? Do they want to see blood on my plow – from the damn cattle that continually trespass on the farm, destroying crop after crop?

But nosey ones, truth be said, the issue here goes a lot deeper and is far more complicated than being a matter of supposedly not utilising the properties fully.

Funny enough it all boils down to the exact thing the government now wants to deny us: our leases. And  they’re not just leases mind you but long-term leases for about 30 years – at least that is what they told us back back in 2014.

Now here is the problem: without those leases, which have been under consideration ever since 2014 – that’s five whole years – most of us have not been able to raise the necessary capital to work the farms. I mean, guys like the Land Bank and other institutions have simply refused to provide loans or grants without those leases – which of course makes sense.

Well, they said the farm should not be underutilised since it received RADP (Recapitalisation Funds) and as such should be very productive.

Whoa, I said in my motivation, I would like to point out that, whilst  RADP funds were indeed made available in the financial years 2014/2015, said funds did not come with a budget intemising allocations for production or implements. The only means of production that was made available through these funds was for the purchase of a tractor and a bakkie but the rest predominantly went to infrastructure renovation, e.g. shed, house, fencing, water dam/water pumphouse and other minor improvements.

But there was nothing for production inputs, nor for implements, so  the bulk of 2014 was spent seeking clarification from department officials, mainly Mr Hector Khoza who was the farm’s project officer, as to what happened to R300,000 that was itemised for said production. This itemisation was pointed out to me by a Ms Gugu Motsa, another former project officer, who is now with

Water and Sanitation. When I brought this to Ms Motsa’s attention she was genuinely taken by surprise that this production amount of R300,000 was no longer part of the farm’s RADP budget. Mr Khoza claimed to know nothing about it.

As a result, in late 2015 I went ahead and approached two institutions for financial assistance, namely the Land Bank and the Mpumalanga Economic Growth Agency (Mega). Both institutions expressed serious concern surrounding the lack of renewed leases. I communicated this to the department and was assisted with a letter for presentation to the funding institutions highlighting the department’s position and specifically how that position affected my Oorschot Farm.

In early 2016, after presenting the letter, these two institutions agreed to process my loan application; the Land Bank, through its Retail Emerging Markets (REM) programme and Mega, through its general business support programme. 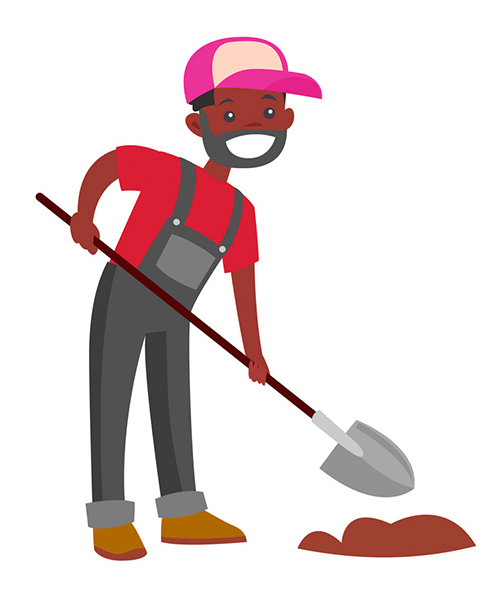 The Land Bank approved a R1 million loan but could not proceed with any allocation until Land Reform’s new policy was completed and before we could submit copies of new leases.

However, Mega took a more understanding position and in late 2016 approved a loan of R743,930 for the purchase of  production inputs – implements, equipment and tools, etc.

Nosey ones, this matter is a long story and I am sure I will have to continue with it next edition.

Oh! come on! I am sure you have watched made-for-TV movies where they say, “to be continued”. This is one of those – although it is not television fiction but rather, it is a serious matter that could have a monumental impact on our land issue.

Meantime in my motivation I ask – beg and plead rather – for an urgent Reversal of Termination and Non Renewal of Lease Agreement and cancellation of eviction order in 60 days, the end of September.

Anybody in the Fairest Cape have a garage I could rent? Ha, ha, hope it does not come to that.