Following hard on the success of his first novel, The Reactive, Masande Ntshanga has scored another critical sensation with his second, “an affecting and assured follow-up to his acclaimed debut”, said Two Dollar Radio. The online reviews are generally rapturous, lauding the novel as “an affecting exploration of bereavement, sexuality and coming of age” (Polity); “a novel of incredible imagination”(Alexander Moran of Booklist), which “packs a mean and nuanced punch”, wrote Zaza Hlalethwa of Mail & Guardian.

It is thus with some hesitation that I register my own lack of appreciation for what is admittedly a tour de force of complex structuring and imaginative speculation. Still, I cannot pretend to an enthusiasm I don’t feel, and readers should make allowance for the fact that this review is a deadline-driven mismatch between savvy young talent and crabby conventionality.

The novel’s structure is in itself daunting. The foreword, purporting to be by a “once-known/now-obscure science-fiction writer”, one Dr Naomi Buthelezi, explains that the novel’s substance comprises “a written record in the form of a memoir, followed by what appears to be a work of autofiction, as well as a set of digital recordings,” written by an anonymous author who warns that “In all likelihood, I am no longer here.”

What emerges from the interlocking narratives is in the first place a coming-of-age story. The narrator is a young girl in her last year of school, in 1999, in the early years of South Africa’s democracy, the memory of her parents’ complicity in the politically bankrupt Ciskeian regime still very much alive.

Her two best friends are a girl called Part and a boy called Litha, both of whom she seems to be mildly, almost experimentally, involved with, though without much emotional investment; indeed, she suffers what her doctor diagnoses as “reduced affect display or emotional blunting”, for which he prescribes Celexa and Paxil, thus inaugurating a lifetime of dependence on psychotropic drugs. This could explain the narrative’s emotional flatness: the inertia of the narrative voice, limited to bare statements of fact, is attuned to the dulling effect of some antidepressant drugs: “I went to the Olympiad and it felt different without Kiran. I walked around the fields afterwards until a group of seniors jeered at me from the clubhouse.”

It takes a peculiar firmness of purpose to sustain such a listless narrative for so long, and the author deserves our admiration for it. The reader also deserves some credit for sustaining an interest for so long. The rewards, such as they are, consist in a convoluted narrative centred on the narrator’s recurring vision of what she calls “The Machine”: a series of triangular patterns possibly connected with the disappearance of three schoolgirls and the narrator’s mother: a drug-induced hallucination or a message from another galaxy? 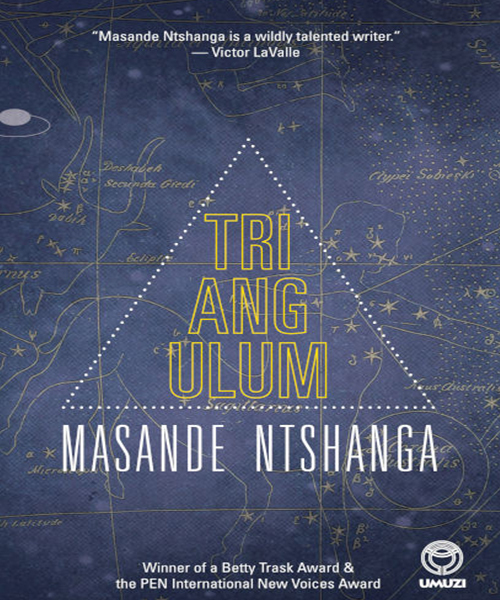 The second of these possibilities, what we might call the science-fiction element, underlies the later dystopian parts of the novel, set in 2025 and 2035. The narrator, now a data analyst, by virtue of her job becomes complicit in an international cartel intent upon establishing “Zones” in which the inhabitants are conditioned to become the human equivalents of battery chickens, mere productive units with little or no control over their own fates, the whole benignly overseen by a government eager to foster “a market economy and the freedom to experiment without government intervention.”

Pitted against this regime are two rival resistance groups, The Tank and The Resisters, both of whom the narrator is also roped into. A member of the Returners explains to the narrator the philosophical underpinning of their resistance (and also, presumably, the substructure of the novel): “The sustenance of the human animal is as much a giving as it is a taking from the planet, a conversation in loop, adding knowledge to an ever-accumulating core, the location of the universe’s conversation with itself.”

In the novel’s final section, set in 2035, the narrator, now middle-aged, is vouchsafed another vision of another machine, this one rectangular, and more communicative than her youthful visions. It has a kind of collective voice that sounds like “overlapping voices”, warning of the destruction of the earth in 15 years’ time by a “celestial body on its course to earth”. It will be “intercepted if humankind changes its trajectory”. So we have 15 years to change our ways. On the present showing, there’s little chance of that. But even 1984 turned out to be an unduly pessimistic prediction. Or just a bit premature?

Triangulum tangles with important questions in a highly imaginative way, which has resonated with many readers. If I remain unconvinced by it, and am left rather cold by the characters, that no doubt is evidence of a generation gap as well as a somewhat rigid adherence to a stricter form of realism. Which is to say, don’t take my word for it: read the novel.