A flawed court process that puts victims at risk

Nosey ones, I must sincerely apologise to you all. No, I did not say something stupid on social media and no, I did not get caught doing something like driving drunk so that I’m compelled to make some sort of bull-dudu apology as seems to have become the norm. I am apologising for failing to deliver on my promise that I would begin giving you excerpts from my (forthcoming) book, but it is with good reason: at short notice, I find myself having to wear my “looking out for the people” reporter’s cap again. Once you are in the game you just can’t get out.

Who is making me do this? Our trusted, un-captured DoJ, or the Department of Justice, for those of you who are acronym challenged.

And what is wrong with the DoJ? Well this institution of ours that is the legal guardian of society needs to take a hard look and amend the way it goes about dealing with protection orders. There is quite a serious weakness I have observed in the carrying out of protection orders.

Not too long ago I was engaged in a dispute with two former employees. They decided they would have the last word and went about sabotaging property on my farm, slashed tyres, broke my windscreen etc.

ou get the picture. Naturally I went and opened a case of malicious damage to property and backed that up with a protection order to ban them from any further trespassing on the farm and from causing any more damage.

All went smoothly. The Barberton police were fantastic and made it clear in the strongest terms to the defendants that they would be arrested immediately should they in any way defy this interim court order.

But here is where the problem lies, where this well-intentioned instrument of our legal system becomes ineffective: You see, an interim order is a temporary order, meaning that the defendant is given the opportunity to respond to it at a given court date. Naturally that means they will come face-to-face with the complainant. What is worse, is that the complainant will have to face the defendant in court on this date – something most would not relish – just as no abused woman wants to be in the same room as the idiot who has been using her as a punch bag.

Even so, being in the same room should be the least of a complainant’s worries. On that “return” court date a hearing is held in order to determine whether or not the interim order should be made permanent. But here is the problem: if for whatever reason the complainant does not make it to the hearing, the order is cancelled, struck off the roll, quashed, set aside.

Surely our learned men and women at the helm of these houses of justice – courts of course – which are designed to maintain a civil society – should clearly see there is something terribly wrong with this procedure that allows cancellation of the matter. 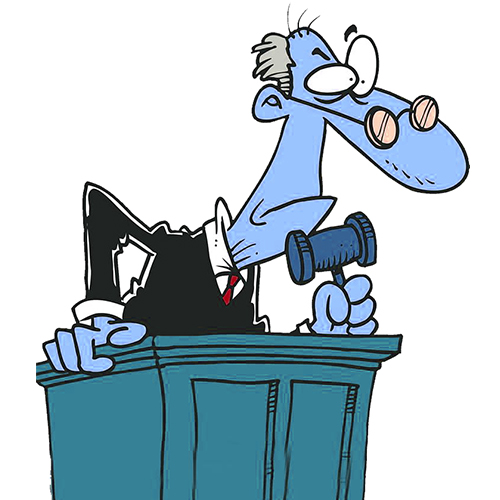 Forget about this scribe, who did not make it to the hearing because of medical reasons – my hip injury just would not cooperate on the day – but what if it had been an abused woman threatened by the defendant after receiving the interim order?

After all, these orders are delivered to the defendant by the police, so why can’t the courts request the police to follow up and inquire as to why the complainant did not show up to the hearing, just as a warrant would be served on a suspect?

Simply put, the cancellation of protective order actions due to the complainant’s failure to appear is an injustice to some of our most vulnerable members of society, mainly women.

And if the DoJ were to make any improvement in the provision of justice to our society it should be to look at this matter seriously and do away with the automatic cancellation/striking-off the court roll without police follow-up in the event of the complainant’s non-appearance.

I was lucky because I had also opened a criminal case, which meant that when the police delivered the summons to the accused to appear in court, it repeated the prohibitions contained in the interim order. Fortunately they heeded the police’s warning.

Protective orders work, so stop the practice of automatically striking them out should the complainant not appear in court on the return date. The police should rather be ordered to find out why the complainant did not appear.

Protection orders are there to deal with a serious, often life-threatening issue. They should not then be treated lightly if the complainant fails to appear; a little probing could just save a woman’s life – or maybe reveal that she’s mysteriously disappeared. We all know what that could mean.