The colour of bad science

Science is the antidote to our common sense interpretations of the world. It has shown us how our “of course that’s true” impulses will lead us down the wrong path. Common sense tells us that the earth is flat, vaccines do more harm than good, and that black people are intellectually inferior to all other ‘races’.

In my work as a science communicator, I find that a lot of researchers are averse to making matter-of-fact statements about most concepts, as that’s part of their training because nothing in science is 100% certain. 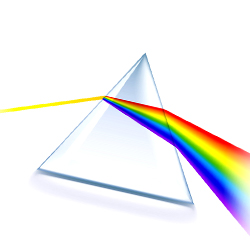 While science shows that there is no biological basis for race, what they are not allowed to say is that race is bullshit; a flawed human concept used for centuries to treat others with physical and psychological violence. This leaves room for a savvy misinformer to claim that race is a thing because they can see it with their eyes, as common sense tells them.

This kind of thinking should never be part of the scientific agenda seeking to understand the world, but as with other human institutions, our worst impulses infect even the reasonable world of science. That’s how I can best make sense of the bad science making headlines recently in the form of a now-retracted paper that studied the “cognitive abilities” of coloured women in the Western Cape.

The paper, titled “Age- and education-related effects on cognitive functioning in colored [sic] South African women”, was subsequently retracted by the journal Aging, Neuropsychology, and Cognition, citing “serious flaws” in the way the research was done.

Admitting that the research was peer reviewed, the journal editors say the assertions that coloured women in South Africa “have an increased risk for low cognitive functioning,” were not based on data the scientists collected.

This is a round-about way to say that the Stellenbosch University scientists sucked it out of their thumbs. While the results of the paper upset a lot of people on the internet, I was personally concerned about how such research was even conceived. UCT professor Barbara Boswell led a campaign speaking out against the paper after it was released, citing the many issues it had including the idea of coloured women as a homogeneous group.

She spoke to Cape Talk radio relaying how her jaw had dropped reading the paper. “I find it really difficult… that some people could construct this using colonial and apartheid science,” she said.

Of concern to me is the what-if scenario of what would have happened if the results were positive, claiming that this group of women were intellectually superior in some way. This makes me wonder if the campaign for scientific integrity would have gained as much traction online.

The identity politics of the internet do not give me confidence that that would have been the case, which is why I believe that a lot of people were offended by the unflattering results first more than the bad science picked apart by the experts.

There is a lot of bad science out there that does not have the benefit of having to wade through the political quagmire of the internet these days. It is for this reason that I advocate for the scientific process to be part of everyday discussions, for the general public to be aware of what scientists are doing all the time, for everyone to have some of the reasoning skills scientists use to get to the best approximation of the truth.

I believe that with such skills being part of our daily lives, fewer of us could be duped by “fake news” and that bad science would be so obvious to a lot of us that it would be restricted to the domain of the fringe and the quacks.

• “The article is perfectly sensible.

“Science is or should be colour-blind. It is perfectly in order to examine the epidemiology of different diseases in different racial groups. Any comparison is valid so long as the science is good and valid and so long as the political use of the research is restrained.

“It is vital that any such findings are seen against the statistical backdrop used to interpret the results. They should never be used to determine individual outcomes. To do so is a feature of the worst of postmodern identity politics and, as we have seen, this has resulted in tragic consequences throughout the 20th century, both from the left and the right.

“The piles of corpses left by Hitler, Stalin, Mao and others seem to have taught us nothing.

The use of identity politics by both the ANC and their left wing friends (EFF and BLF) is every bit as bad as the Neo-Nazi politics raising its ugly head again in Europe and in South African far-right politics. – Dr David Klatzow, Consulting Forensic Scientist.
Email: davidklatzow48@gmail.com