Cape Town's waste ends up in its fish

The ocean around Cape Town is so polluted that pharmaceutical and industrial chemical compounds are accumulating in the flesh of fish caught off the coast.

Scientists from the University of the Western Cape’s chemistry department have found that fish caught by small scale commercial fishers in Kalk Bay are contaminated with antibiotics, painkillers, antiretrovirals, disinfectants, and industrial chemicals.

Senior Professor Leslie Petrik at the University of Western Cape’s chemistry department and Cecilia Ojemaye tested for 15 different chemical compounds in the fish fillets, gills, liver, and intestines. These include the analgesic/anti-inflammatories Diclofenac and Acetaminophen, the antiepileptic drug Carbamazepine, the antibiotic Sulfamethoxazole, the disinfectant Triclosan, as well as industrial chemicals found in pesticides, flame retardants and personal care products.

“Overall, diclofenac had the highest concentration out of all the pharmaceutical compounds,” notes the report, while the antibiotic Sulfamethoxazole was detected in at least one part of all the fish. The industrial chemicals, or perfluoroalkyl compounds all “showed a high risk, both acute and chronic, in the fillet parts of the fish which is the part humans consume”, state Petrik and Ojemaye.

The presence of pharmaceutical compounds in fish is due to untreated or poorly treated sewage flowing into our ocean. This is because drugs are not wholly metabolised in the body.

Stormwater is a probable source of pesticide and industrial chemical pollution. These chemical compounds accumulate, not only in fish but also in our bodies, and in other marine organisms.
Cape Town pumps about 37 million litres of sewage out to sea per day, from marine outfalls in Green Point, Camps Bay, and Hout Bay. The only treatment at these pump stations – confirmed by city authorities – is that the raw sewage is pumped through a grid to remove solids such as tampons and grit. The sewage pumped out at Green Point includes waste from the Christiaan Barnard Memorial Hospital, as well as all medical and light industrial facilities between Salt River and Bantry Bay.

While there are no marine outfalls in False Bay, both the Strandfontein and Zandvliet wastewater treatment works discharge into the bay. The treated water is supposed to meet minimum standards for the presence of microbial bacteria such as E.coli and Enterococcus.

Historically, coastal water quality tests – the results of which used to be presented, along with inland water quality data, at sub-council meetings twice a year until 2013 – taken near these outlets sometimes failed the minimum guidelines. This indicates these sewage works have not always treated the effluent to the necessary standards, or that stormwater containing high levels of sewage is running out to sea.

The city has said that no testing or treatment for chemical compounds such as those indicated in Ojemaye and Petrik’s study, is undertaken.

Water channelled from roads and gutters into stormwater drains, which then flow either directly to the sea, or into streams and rivers which discharge to the ocean, are also heavily polluted.

The city’s water and waste services department, headed by Mayco member Xanthea Limberg, has regularly blamed stormwater run-off following periods of rainfall, rather than discharge from marine outfalls and sewage treatment works, when coastal water quality tests failed minimum guidelines. This is despite the national Department of Environmental Affairs regulations that stormwater pollution must be treated at the source.

The most recent sewage spill into the Zandvlei Estuary at Muizenberg, was reported by Zandvlei reserve manager Kyran Wright to have occurred on May 9, resulting in the entire water body being closed for recreational purposes on 15 May until  31. A sewage spill into the Sand River canal, which flows into Zandvlei, was also reported on April 24. These are but the latest reported incidents of sewage pollution into the estuary – a nursery for fish in False Bay.

It is not clear how often coastal water quality at Muizenberg, Fish Hoek, Strandfontein and other local testing sites fail the minimum guidelines for the presence of indicator organisms. 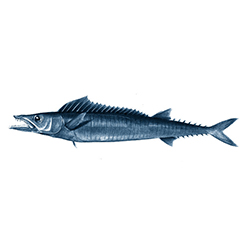 de the results of the inland and coastal water-quality tests conducted on a monthly and twice-weekly basis respectively have yielded no results.

Limberg has said the results of the city’s water quality monitoring “are presented at various public opportunities such as catchment management meetings, Protected Area Advisory Committees and, monthly, to the water and sanitation department director”.

But Zandvlei Trust chairperson Peter Kruger, who is present at such meetings, said no water quality reports were received by the Trust.

Fish Hoek Valley Ratepayers and Residents Association received water quality data from the city – only after submitting a Public Access to Information Act request, and signing a non-disclosure agreement. Thus the information cannot be shared.                           – by Steve Kretzmann, GroundUp