Election entertainment got my vote of approval

Yes indeed, it would seem we are getting praises from all corners of the globe for conducting what was a free and fair election – moreover, one that was free from violence. Why must the world always assume the worst of our African countries and why am I even posing that question when we all know the answer? Our brothers and sisters from the other mothers in too many countries on the continent just can’t get it right.

But, nosey ones, I am bumming – that is US slang for disappointed – for I could not make it to the polls to cast my vote. As much as I had wanted to vote and looked forward to it, the aggravation of my healing groin and hip ligaments resulted in the stressing of my knee so that any movement would have seen it swell to the size of a basketball again.

So what was this very patriotic boy to do? Well, I had to follow what turned out to be the excellent coverage by our public broadcaster. And it gave me immense pleasure! 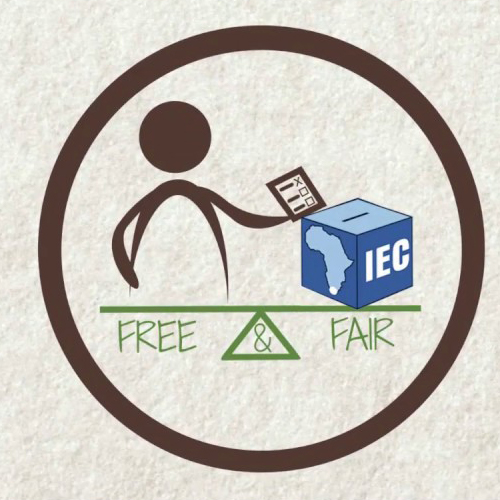 Firstly it was the consistent reporting of how the DA had lost a lot of ground. Don’t get me wrong, I’m not anti-DA, in fact, quite the opposite. I have always hoped that with the DA being the official opposition it would strengthen its position and parliamentary representation so we can have a better balance in our national assembly. This of course would mean a better chance of a successful no-confidence vote against a mampara like our last so-called president.

However, I noticed early on in the DA campaign that the party’s messages were too confusing and bordered on being seriously patronising.

Next came the electorate telling most of the newly formed parties to take a hike. Forty-five 45 political parties! Was this a joke or what? I certainly hope that those chancers who thought they could wake up one day and launch a political party have come to realise that the people of Mzansi clearly take their voting seriously.

I have a suggestion for these chancers: hey guys, next time, if there is a next time – some were interviewed saying they are here to stay – take your registration fees and register a political action group under section 21; remember the Treatment Action Committee (TAC)? I highly recommend that they follow their lead; to say that group’s achievement with its ARV rollout campaign was remarkable is an understatement.

And besides that suggestion, I must pose the question: who or what “third party” is funding these chancers to enable them to pay the IEC’s hefty elections contestation fee, which if you do not garner enough votes (R45,000) is non-refundable?

These chancers did nothing but quadruple the IEC’s costs: costs that are borne by the taxpayer.

One solution is to raise the contestation fee to, say, a whopping R1-R2 million so that we weed out the chancers.

Yes, I know some will say that would be undemocratic. So what! Out of the 45 parties who contested the election only 14 made the grade while the remaining 31 were nothing but a waste of taxpayer’s money.

Or maybe we should introduce a primary vote – elections that would require new parties to demonstrate a satisfactory number of votes in order to be allowed to run in the national elections. [That would be cheaper – two elections instead of one? – Ed.]

Bottom line is something needs to be done about this new party launching nonsense.

Among my other election pleasures, I must say I was also delighted at the reporting that the ANC’s percentage points had dropped since the 2014 vote. I am a staunch ANC supporter, but heck, sometimes tough love is the only way to send a message, especially to those you love.

And let’s be clear here, comrades, I couldn’t care less which individual you put into the presidency, the attraction is simply the overall policies that the ANC stands behind; you lose those or deviate from them and Jesus will be here – accompanied by Mandela.

Lastly, I am very pleased that the firebrand Patricia de Lille did “Good” enough to make it to the national assembly. [I agree, but haven’t you just condemned this “new party launching nonsense”? – Ed.]

De Lille’s parting of the ways with the DA and starting her own party could very well be a blessing in disguise: we need someone like her on the national arena, so for Mzansi, this is very “Good”.