The Mastermind: The Hunt for the World's Most Prolific Criminal by Evan Ratliff (Bantam)

Title and subtitle respectively stress the two aspects of this book: on one hand its portrayal of its central character, The Mastermind; on the other, the story of the search for him. This is not unusual in investigative reporting, where the account of the actual conducting of the investigation is often as interesting as its subject.

In this case, The Mastermind, Paul le Roux, really comes into focus only about 60 pages into the book; before that, we are given an apparently random collection of incidents: a gathering of international drug dealers in a seedy hotel in Liberia; the discovery of the body of a female estate agent in the Philippines; the plight of an octogenarian pharmacist in Oshkosh, Wisconsin; the struggle of a young Indian-American doctor to establish a practice in Philadelphia. The rest of this hefty book weaves all these strands into an intricate web of crime and deceit, of fraud and murder. 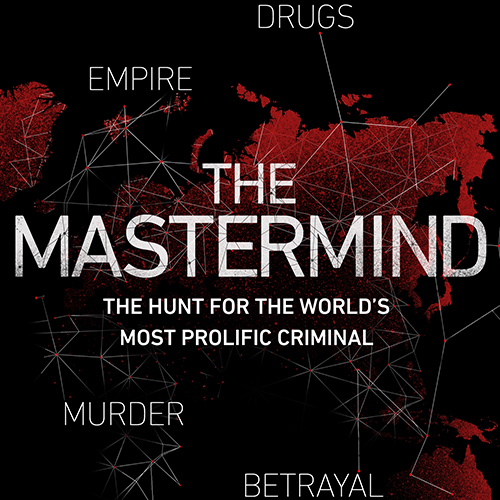 Ratliff, an investigative reporter, not a novelist, seems more interested in what Le Roux did, where and when and with and to whom, than why. He was born in the then Rhodesia, and moved with his parents to South Africa after the Mugabe take-over. He seems to have been a reclusive but pleasant boy, showing an early interest in, indeed obsession with, computers and computer programming. He also loathed South Africa, regarded his schoolmates as morons, and couldn’t wait to leave. In spite of this, his adoptive family reportedly loved him.

Le Roux first appears, nebulously, on the radar of two investigators of the Drug Enforcement Agency in Minneapolis, Kimberley Brill and Steven Holdren. They become aware of an inordinate amount of internet traffic in prescription drugs generated by an outfit called RX Limited: “Over the previous 16 months, Brill and Holdren estimated, RX Limited had delivered 72 million doses of painkillers to Americans.” These were not controlled substances, and thus there was not necessarily anything illegal about it but “something about RX Limited smelled illegal and dangerous. They just weren’t sure what it was.”

Illegal and dangerous it turns out to be: the vast trade in painkillers generates huge profits for all concerned (including the mom-and-pop pharmacies who are recruited to fill the orders streaming in on the internet, and the doctors writing the online prescriptions), but most of all for The Mastermind behind the scheme, Paul le Roux, a genius programmer who uses the income from the just-about-legal trade in prescription drugs as the basis of his immense drug empire and its support system of light and heavy arms wielded by a veritable army of heavies: bodyguards, drug smugglers, arms dealers, gold mules, assassins.

In all his dealings, the one thing that seemed to move Le Roux to literally murderous rage was people stealing from him – which, given the nature of his associates, was not an infrequent occurrence. Most of the assassinations he ordered seemed to be of people he suspected of defrauding him: the Philippines estate agent, for instance, was suspected, probably unjustly, of having siphoned off some money from a property deal. He sent his delegates all over the globe to exact his revenge, and expected proof, preferably photographic, of mission accomplished.

He demanded absolute loyalty, but in the end, once trapped by agents of American justice, thought nothing of betraying his closest associates. He collaborated with equanimity in setting a trap for his erstwhile henchmen, and testified against them in court with aplomb. He is still awaiting sentencing, but it seems likely he will be rewarded for his cooperation with a relatively light sentence. As one of his former associates said, “For him it’s just time to plan the next thing.”

Towards the end of this fascinating book, Ratliff does speculate about “what Le Roux wanted and why.” He mentions various theories: he was addicted to money, he was “a complete sociopath”; more sentimentally, “his drive was fuelled by some submerged pain – his hurt over being adopted”. Ratliff himself inclines to the theory that “at least a part of the answer dwelled in his life as a programmer. Le Roux had found his place inside a code, a universe in which he could bend reality to his will…  he tried to apply the detached logic of software to real life.” Another theory, voiced by a former employee, is that Le Roux wanted to have his story told: “If you publish this story, ultimately you are giving him what he wanted.”

So we must imagine Le Roux happy. The most interesting thing about people who are in other ways utterly banal, like Le Roux and Donald Trump, is our puzzlement at their apparent lack of any moral basis: only, for Le Roux, a computer program, and, for Trump, the Deal. Le Roux is Trump without the bling and glitz and pretensions to morality: simply the bloated face of unbridled greed and a total dedication to self-interest. The main difference is that one is languishing in prison; the other is president of the United States.