Spouses and children of Transnet’s management-grade employees are being lined up for investigation in a controversial new round of lifestyle audits in the corruption-ridden parastatal. The drastic measure to scrutinise entire families is revealed in an internal memorandum from acting group chief executive Tau Morwe in the possession of Noseweek.

Morwe, who previously worked at Transnet for 17 years, returned to the parastatal as acting group CEO last November, taking over the helm from Siyabonga Gama who was fired by Public Enterprises minister Pravin Gordhan amidst allegations that Gupta-linked companies had received kickbacks of more than R5bn over Transnet’s R50bn purchase of 1,064 locomotives from China.

In his “important communiqué” dated 12 March 2019, Morwe tells the managers that Transnet “is in the process of implementing a lifestyle audit policy as one of the measures to prevent misconduct in Transnet.” The audits, he says, will “immediately commence on employees on grade levels A to F across Transnet and thereafter these audits will be conducted routinely”. [Grades A to F include scores of senior engineers, operations managers, department managers and on right up to the chief executive].

Not before time, you may say. After all, Transnet, the state-owned ports and rail operator with 51,324 permanent employees, has admitted to shelling out R8.1bn in irregular expenditure since 2005 – R800m of it in the last financial year. After  Popo Molefe arrived last May to be the new chairman he described Transnet as the main target of state capture, a “horror movie” where looting was the order of the day.

This zeal for lifestyle audits began with Pravin Gordhan, as part of his mission to clean up state-owned entities and restore their viability after he was appointed Public Enterprises minister in February 2018. The first round covered board members, executives, company secretaries and prescribed officers and was set to be concluded by the end of March.

These official audits, announced Gordhan, would cover all six parastatals under his ministry and would be conducted by the Special Investigating Unit. A second round would focus on officials in supply chain management, auditors and past and present officials in his own public enterprises department.

Minister Gordhan, who as an ANC spy boss in the apartheid-era spent four years developing the structures of Umkhonto weSizwe (MK) and its Operation Vula, is the man who mobilised former fellow spooks Ivan Pillay and Johann van Loggerenberg to establish covert investigation units within the SA Revenue Service. Now Gordhan appears to be modelling his Public Enterprises ministry on similar lines.

The latest Transnet lifestyle audits, says Tau Morwe in his memo, will be conducted by “an independent Forensic Investigation team” – which means the granting of a massive contract to a firm of attorneys who will sub-contract the work to private security companies staffed by former cops and redundant state spooks.

Morwe’s audits will have three phases. In phase 1, personal information relating to the employee and relatives will be acquired through “public records” such as social media and registered vehicles and properties. If further investigation is required phase 2 will deliver a detailed audit which will include employees’ personal financial information, cellular telephone information, credit information, prior criminal history and SA Revenue Service information.

Perhaps fearful of a backlash, the chief executive is vague on the proposed investigation of parents, spouses and children. The idea, though, is presumably to pick up evidence of excessive spending by the family’s Transnet earner that may indicate that s/he is up to no good. Is Junior wearing top end trainers? How many drones are the kids buzzing around the garden? What are they up to on WhatsApp and Instagram? Does their lavish pocket money indicate something amiss?

Who knows where this investigation of offspring will go? Will the spooks’ profiling, for example, extend to bribing police contacts for the sealed records of juvenile offenders? With unchecked security companies on the loose, anything is possible. 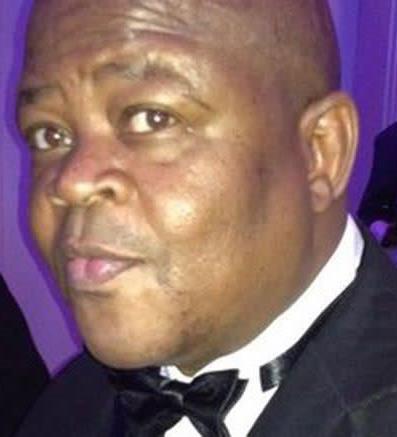 And will parents be reassured by Tau Morwe’s solemn assurance in his memo. “Transnet will safeguard the integrity and confidentiality of personal information in its possession or under its control while processing it by taking appropriate, reasonable technical and operational measures.

“Once the investigation is completed, the information will be destroyed in line with the records management policy and in compliance with the POPI Act.”

We could find no Transnet spouses prepared to give their view on the pending investigation and surveillance of their children. However, Article 16 of the UN Convention on the Rights of the Child reads: “No child shall be subject to arbitrary or unlawful interference with his or her privacy, family, home or correspondence, nor to unlawful attacks on his or her honour and reputation.”

• Recently City Press revealed that a lifestyle audit on a Transnet employee on a salary of R351,000/year at the Richards Bay port terminal owned five Mercedes-Benzes – all purchased in cash – and two houses. Another, on an annual salary of R566,000, owned three homes and over ten months had bought three vehicles paid for in cash.

• In case you don’t believe Transnet could propose anything so stupid. Read the memo here.