When you need a fresh start

In boep money was known as Start. You don’t have any when you’re inside, but if you’ve done a long term they give you a little bit of it when you leave, so you can make a new start outside, see? Plus a suit from a certain cupboard full of suits. Also they give you the address of Nicro, the national institute for something or other to rehabilitate criminals, they are the people supposed to help you find a job, laaik. I mean so it used to be in my day.

In my day a prisoner was called a bandiet, and there was this bandiet name of Blackbeard who was long and skinny and had a glass eye which he would fix unblinking on you when the tronkboer banged open your cell door so Blekkie could shove your plate of porridge under the grille. Along with a quick whispered joke in this dismal silent solitary section of the boep, so I missed him when he’d pushed his fifteen years for theft and departed with his Start and his boep-suit. 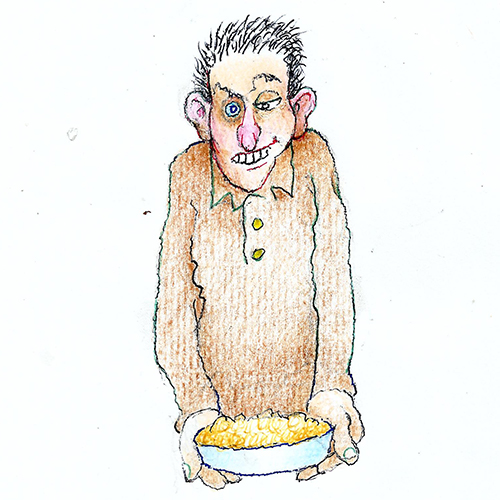 And then six months later Wham! my cell door is slammed open and there he is again, shoving my pap under the steel grille. Yirra ou Blekkie! I whisper, is’t jy? Ja, says he, iet’s me orraait. I decided boep is where all my chinas are and I get three meals guaranteed and I sleep dry. Seems he went to Nicro in his boepsuit and they directed him to the municipal parks department and he started a new career as labourer in the Bot. Gardens. In his boepsuit. That was all the clothing he had. He would sleep naked in the flophouse where he dwelt and put on all this clothing in the morning for cleaning up rubbish and weeds and stuff in the gardens. Nobody spoke to him except to accuse him of stealing their things. Ja, says ou Blekkie, then one day there was a hell of a row over a cake of soap and I decided I was going to have a great old time doing crime until I got busted again, and one night I nicked somebody’s jacket in a night club and got caught and here I am again, nine to fifteen, another indeterminate sentence.

All this I remembered a couple of years later when I came out of boep. Desperate, man, desperate for work. As a final act of despair I decide to give Nicro a shot. I haul in at a bleak office where sits at a desk a small exceeding wrinkled midaged woman like a sun-dried tomato, only she’s not red, she has the complexion of a corpse. Framed degree certificates and diplomas adorn the walls; seems she is Doctor Groats of Something Sociologicable. Doctor Groats raises her gaze to me because that’s her job, looks as if she wouldn’t mind actually smiling a bit but then again it’s a hot Durban day, isn’t it? Yes, she says, as if in answer to some question.

Finally she reveals her teeth, but not too many of them and only the tips, and says What can I do for you? I tell her of my plight, the Security Branch menace any employer who even thinks of finding me a job, but even as I speak she starts wearily shaking her head and finally she just talks me down and with the utmost patronage says You know, you people out of prison always think the police are against you. They are just doing their job, and part of their job is to help you find your way back into community life now that you have repaid your debt to society.

Jesus, think I, after my years in Pretoria Central I could teach you a thing or two about criminology, missus. Yes, say I, but I’m talking about the Security Branch, the political police, the Gestapo, you know? But she won’t stop shaking her head, patiently, sanctimoniously, this too being part of her job. For sanctimony you can’t beat a skilled sociologist. It is all in your mind, says she, there is no such thing. She has never even heard of the SB. The whole Apartheid structure is so designed that you needn’t hear of it if you’re white. Nor see it, speak it, if you don’t want to.

You know you do have to try, says she. I conjure up a few pictures of her trying to perform upon herself the sexual indecency I have in mind. But what the hell, man, I go home and chop down an ageing avo tree which is about to fall on my kids, with a bloody big axe, sharp, sharp, shaving sharp. I hack away the roots and turn the stump over with a wire strainer and bury it in its own hole and feel much better, thank you.