Unlike too many of our fellow Mzansi citizenry I like to think of myself as one of the most positive people when mulling over our current status of national affairs – political, economic and social.

We defy the “African basket case” norms and I believe we will continue to defy those norms as we go to the polls this year in another general election. I am confident that we will pull it off without the violence that has characterised elections in so many of the nations of our brothers-and-sistersfrom- the-other-mothers on the continent. (I hope I am not proven wrong in saying this.)

Now in the unlikely event that some disgruntled losing party decides to mobilise their followers – perhaps via “antisocial media” to wreak havoc in the name of vote-rigging or some other excuse, what party would it be? I most certainly do not think it would be the DA. After all, I believe the Alliance accepts it has hit a glass ceiling in its attempts to lure support from the ANC-loving masses – judging by comments from active, officeholding DA members who this here nosey scribe knows.

And, hey let’s face it, the billboard listing Esidimeni names did not help matters. Or, no, that is being way too kind. Let’s say that was one of the dumbest campaigns this writer has ever seen.

I mean the DA is trying to unseat a party that not only enjoys the support of the masses but is providing what the masses really care about: bread and butter (which of course includes the much-appreciated RDP houses despite some hiccups and backlogs).

The Democratic Alliance should take a page from the Trump book. That man won the vote by promising to bring back the bread and butter. Why do you think they call America’s heartland the bread basket?

Sorry DA, you have to get with the programme, although I will say you are doing a good job as the opposition. Keep up the good fight in Parliament. However I must ask: why are you failing to deal with the Gupta issue? I cannot believe that these guys just buggered off and we are not chasing them. For crying out loud, ask for help from the FBI, Mossad (hey remember when these guys tracked down the Munich Olympic games culprits – don’t mess with Tel Aviv).

Okay, enough about the DA, lets talk about the EFF. Sorry Juju, but your 15 minutes of Andy Warhol fame is done. My highly reliable sources tell me the party would be lucky to get 6% again. Yes Juju, I saw you in the news the other day and you said you would win the elections. Have you ever heard of an American band called Aerosmith? Well one of their biggest hits was Dream On. You might want to listen to that song. 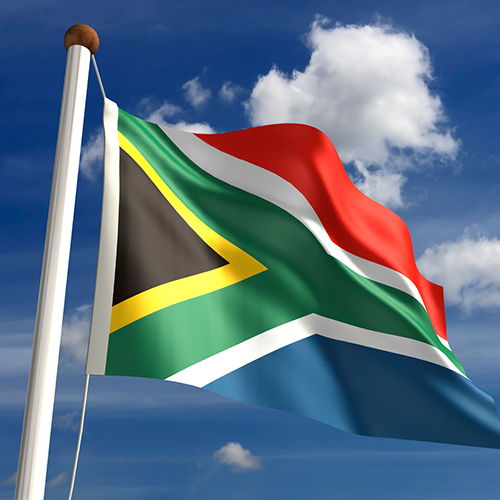 So, nosey ones, I opened this piece with the question, what party would cause havoc on “antisocial media” if they were to lose. Well I dare say we should keep a close eye on Hlaudi Motsoeneng, our former COO of the SABC who liked to reward himself with a hefty pay check.

I suggest that the good man Hlaudi and his new party join forces with Patricia de Lille. They can call their coalition the Good Content (oh yeah content that is the silly name of Hlaudi’s party).

Anyway nosey ones, like I said, we should rejoice, wave the flag because indeed we have become a true democracy. Yes, we have our challenges but all in all we are good. We have racial tolerance and deal harshly with people who try to undermine that; we have the toyi toyi, which I am practising so I can to try to get my hip back into place; we got rid of Zuma; and no idiot called black people “monkeys” on the beach this Xmas. What more do you want?

Best of all I, Bheki Mashile, live on a farm – what more could I wish for?