Artificial intelligence will save humanity, but does anyone care?

Human activity will almost certainly push global temperatures more than 2 degrees beyond pre-industrial levels. Even with aggressive action, some climate scientists are suggesting it may be too late to reverse course. While there's plenty of uncertainty in climate science, there's no good reason to assume anything other than the worst possible outcome. And there's a lot more certainty in human behaviour. We're short-sighted, fightor-flight driven animals. The threat of climate change is too distant for the human brain to meaningfully react to it in the here and now.

Climate scientists will keep running studies and modelling solutions that could reduce carbon dioxide levels more aggressively. And we should do that. But even with the most optimistic science out there, we will likely end up with catastrophic consequences on the ground, including widespread war, famine and an onslaught of disease. We need a backup plan like never before. 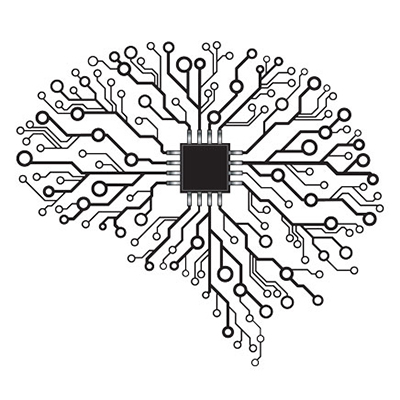 It's time for humanity to get serious about getting out of Dodge. Colonisation was traditionally a journey of discovery. Today it's a journey for survival. Of course, the path between our science fiction novels and a serious colonisation mission is rife with challenges. One of the most important and pressing today is our need for massive advancements in artificial intelligence (AI). Without AI, humanity's colonisation hopes do not pass "Go".

Sadly, the essential role that AI plays in our long-term survival is obfuscated by a roaring debate about automation killing jobs in the next five years. The benefits of aggressive investment in AI so dramatically outweigh the costs that the only rational chess move is to triple-down on AI and all of its enabling technologies. [See Fourth Industrial Revolution speaks Zulu in this issue.]

The Chinese government seems to understand this. Its AI plan is so bold, so ambitious and so well-funded that most experts acknowledge it has the potential to reshape the geopolitical landscape for generations. Perhaps they understand what many do not: AI won't just save humanity in the future; it's doing it now.

NASA is clear that AI is the future of space exploration. The reasons are fairly obvious: wherever our probes go, they either need to be controlled from Earth - or have some sort of intelligence to guide even the most rudimentary decisions.

Even small decisions that the average person wouldn't think about, like choosing which areas of a planet are most interesting for taking pictures, are now made by artificial intelligence.

Last year, Google's machine learning discovered a new planet using NASA's archived Kepler data. Yet right after the announcement, Google felt the need to reassure astronomers: "It's a way to increase the productivity of astronomers. It certainly won't replace them at all," spokesman Chris Shallue assured them.

Imagine that - AI had just massively reduced the time it takes to discover planets, to unravel the mysteries of the universe around us and light a path to a potential future home for our species, and somehow we're worried about jobs.

Climate scientists, too, acknowledge that climate change is now a big data problem. If you're holding out hope that we can turn things around on Earth, the answer is pretty simple: We need more, and better, AI.

In 2017, for the first time, federal scientists requested funds to accelerate research into climate engineering, citing two areas of research: removing carbon dioxide from our atmosphere and increasing Earth's ability to reflect sunlight. This is the stuff of science-fiction novels - the data analysis and modelling tasks alone are massive - but AI makes it possible.

A recent report from the World Economic Forum cited opportunities to use AI for everything from smart grids to weather modelling and prediction, to biodiversity, agriculture, conservation and ocean health.

If you're less optimistic about Earth's prospects, AI is already playing a role in microbiome research, which might hold answers to the most daunting block to long-term human space travel: human physiology. That our immune systems change in space isn't just an interesting phenomenon - it could mean disaster for a 200- or 300-year colonisation mission. NASA has active research projects in this area, using AI to accelerate this research.

Consider the delays in communication with Houston as spacecraft get farther away from Earth. The farther we want to go, the more dependent our missions are on AI that can make accurate, autonomous decisions in the face of unexpected conditions.

It's increasingly evident: whether on Earth or in space, any solution to climate change, fight or flight, begins with AI.

Humanity is indeed making a grand bargain: we surrender to the machines some of our jobs. In exchange, we are given a second chance to make better decisions for future generations.

• For a longer, referenced version of this story, go to www.ozy.com

Twitter war about SARS - rogue or right?
It all began with two tweets that Noseweek Editor Martin Welz posted to announce ...
Rogues and hacks
New leaked emails shed light on SARS rogue unit and its allies. Documents leaked to Noseweek ...
Struck-off GP finds new way to exploit elderly
Doctor guilty of unprofessional conduct has developed a profitable alternative speciality; preying on old women. A ...
Senior magistrate's bigoted songsheet
Court officer Ashin Singh sows discord among his peers. A Pietermaritzburg magistrate with a shoot-from the ...
A stink about a stink
Environmental offender given green light in Western Cape. The quiet Boland town of Wellington - ...
Xolobeni: An assault by the state
The assault by the state on the community living at Xolobeni, Mbizana, in the ...
Changing the game
Wits student Kamal Ramburuth-Hurt is driving a campaign to revolutionise the 'irrelevant' economics ...
Too rich to pay rates
Rates crusader strikes at purse of Joburg's elite and powerful. Howick-based property rates crusader Rob McLaren ...
Winds of change: Cyclones threaten Southern Africa's Indian Ocean coast
Powerful tropical cyclones made headlines in 2018. In August, Post-Tropical Cyclone Lane wrought huge damage ...
Artificial intelligence will save humanity, but does anyone care?
Human activity will almost certainly push global temperatures more than 2 degrees beyond pre-industrial ...
The Fourth Industrial Revolution speaks Zulu
I have been writing science stories in Zulu lately. For a bit of fun, I ...
Please give the President a break
Enough is enough! We need to give the President of this here Republic a ...
Tea Party
Now then. The annual Jesus Jamboree being over, we must ask ourselves: What have we ...
Dear Editor
Berea monster must go ♦ Tragedy of lost training colleges ♦ Crippled by statins ♦ ...
Classified ads #231 January 2019
FOREIGN HOLIDAY ACCOMMODATION ♦ LOCAL HOLIDAY ACCOMMODATION ♦ LOCAL PROPERTY FOR SALE ♦ FOR ...
Online Privacy Policy
Last updated: June 11, 2021   This Privacy Policy describes Our policies and procedures on the collection, ...
Terms and Conditions
1. Detailed description of goods and/or services Noseweek is South Africa's only investigative magazine and features ...