It all began with two tweets that Noseweek Editor Martin Welz posted to announce the arrival of the magazine's December issue. Then Jacques Pauw, one of the journalists mentioned in the punted Noseweek article, immediately responded on Twitter, launching a twitter war (twar) that had thousands of tweeps on the edge of their seats:

Welz promo tweet No.1: "As top #SARS officials face charges, #Noseweek takes another look at the secret world of Johann van Loggerenberg (JvL) and his friends in the media – a world of intrigue and subterfuge that is generally, but not always, in a good cause http://bit.ly/ SpooksGalore" and

promo tweet No.2: "When Muzi Sikhakhane SC was appointed to investigate allegations involving top SARS investigator Johann van Loggerenberg, he soon realised he was dealing with veteran spooks not slow to trot out testimony that was 'selfserving, false and irrelevant'." 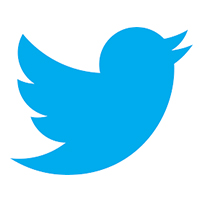 Pauw: Why does one journalist try to expose the sources of another? Jealousy? Another Noseweek story riddled with mistakes. No, I didn't expose [Julius] Malema's trust with Adriaan Basson. It was Piet Rampedi. And no, he didn't win the CNN award. And no, [Pravin] Gordhan did not write my book. And no....

Welz: Not guilty on all counts, Milady. Read the Noseweek story then check Jacques's criticisms. None stand up. The real question is: why the hysteria? Am I to be damned a heretic if I say Van Loggerenberg was no saint – although I do thank him and Gordhan for finally nailing Zuma?

Pauw: Just to make it clear: the [earlier] Ratanang story was written by Adriaan Basson and Piet Rampedi. I am dumbfounded by Noseweek's continuous attack on Van Loggerenberg. They didn't bother to ask either JvL nor me or Basson for comment.

Welz: It's not clear at all. City Press's [later] story headlined "R52m tender trips up Malema", naming the Ratananga Trust and dated 2012- 09-23, lists its authors as "Adriaan Basson, Jacques Pauw & Athandiwe Saba". I am similarly dumbfounded by Pauw's desperate attacks on myself & #Noseweek

Adriaan Basson did win the 2012 CNN award as African Newspaper Journalist of the Year "for a series of stories on Julius Malema". A footnote to an open letter Basson wrote to Tom Moyane published in Fin24 in March 2016 confirms it in greater detail. [Also see CNN website.] Jealous?

There was no need to have asked for your comments: they were on record. Noseweek (in nose230) quoted them: "Gordhan denied playing any role in Pauw's book." "VanLoggerenberg's lawyer said the allegations were 'false, malicious, spurious & defamatory'. Pauw said Motale was 'discredited' and had 'used planted information'."

Welz: Hi Max, have you ever paused to ponder what Jacques's agenda might be in his outrageous attacks on myself and #Noseweek?

Pauw: The irony is that Welz and I were good friends until April this year. He knows very well that neither Gordhan nor Pillay nor anyone else had written my book. Why has he now repeated the discredited Steve Motale's allegations for the second time?

Welz: #Noseweek never said Gordhan had written Pauw's book. We quoted Motale (quoting his "impeccable sources") saying that Pauw was "approached with tons of information by an influential group led by Gordhan". He certainly got tons of info.

Pauw: Lamentable journalism. Impossible that Johann van Loggerenberg could have been an apartheid spy. In 1990, when ANC was unbanned, he was only 19 or 20 years old! Even the questionable Sikhakhane report found he was an organised crime policeman. No word of being a spy. Why do this?

Welz: The facts: #VanLoggerenberg told Sikhakhane he was an "undercover agent of the SAP" in apartheid years, later a member of "what was known as the Republican Spy Programme". RSP was "used in a political context", but he'd focused "mostly" on crime investigations. A spy by any other name...

How can Sikhakhane be labelled "questionable"? After all, he was appointed to the commission by Ivan Pillay, Johann van Loggerenberg's closest colleague (and his co-accused in the current case). Maybe because Sikhakhane honestly found facts you would rather not be confronted with?

@tybophelo: If it walks, talks and quacks like a spy – it [probably] is a spy

Sandy Shadwell: I think that the only people that will benefit from this spat between @MaxduPreez and @Martin_ Welz will be the baddies

Max du Preez: No, I have no part in this. I merely expressed surprise at the unpleasantness. This is between Welz and Pauw

"Politi Oke": I thought they both were on the same side in the war vs state capture and corrupt activities in general.

Welz: We are when it comes to state capture and corruption – in general. It's the particulars that sometimes get in the way of the truth.

"Uhuru": I think I read somewhere in the KPMG report, Johann van Loggerenberg admitting that he fed information to @Jaqqs

Welz: Yes. And emails between them were included in the report.

Wele Segalo: When JZ spoke about spies, I thought he watched too many James Bond movies... What you say here, plus Nene's testimony at Zondo Commission, a lot adds up... We have been lied to over and over and over again...

Welz: We were lied to by all sides. JZ was not shy to use his own spies when it suited him

Ridge Mphahlele: It's obvious that Pauw, Adriaan, Pauli and Max have an elaborate plan to protect Gordhan hiding behind journalism, while playing politics. Now we understand the extended attacks on Malema. The Hawks should investigate the group.

Welz: Don't get me wrong. I believe it was overwhelmingly in the public interest to expose Malema's hypocrisy as a wealthy tax evader while at the same time being a contender for high public office "on behalf of the poor"... But it was similarly in the public interest, a decade ago, to have exposed Zuma for the same; instead his "VIP" tax file was kept locked in Van Loggerenberg's safe... until the Guptas came knocking at Gordhan, Pillay and Van Loggerenberg's door

Bart Henderson: Martin, did KPMG not distance themselves from the report? Are there different reports?

Welz: No, #KPMG affirmed the body of their #SARS "rogue unit" report and the facts contained in it as correct; they only disowned the findings and conclusions section at the end of it. More...

Welz: #VanLoggerenberg was member of Republican Spy Programme until 1994 (when he was 24); he was then "noticed" by Pillay who had been put in charge of amalgamating old intelligence agencies with ANC/MK ones. Van Loggerenberg was recruited for SARS's new spy unit. Only question is: was it rogue?

"Lungie": Martin you're onto something here. The problem is that you are going to have the whole army trying to discredit you. There is a tendency of closing ranks.

Welz: I'm confident I've enough media colleagues who are trained to accommodate a difference of opinion. I even live with the possibility that I might have got a few things wrong, now and in the past. That comes with the territory, and with being human. All I say is talk to me. No need to be abusive

"Real Louis Lood": Is there authority for the establishment of such a [spy] unit [by SARS]? Empowering legislation?

Welz: That is the BIG question that needs to be answered; it needs to be tested not only in terms of the paperwork, but also in terms of what the SARS "spies" actually did; who they spied on, how – and to what purpose. That, they say, is very confidential; secret i.t.o the Income Tax Act

"Real Louis Lood": [UCT Prof] Pierre de Vos is of the wrong opinion that the SARS rogue unit did not commit any crimes and uses a strawman argument by referring to s3 of National Strategic Intelligence Act (that is not applicable to SARS Rogue Unit) and says it creates no offence. True. But SARS is a creature of STATUTE. It does not have power to create units like that. (No empowering legislation). UCT can also not create such unit – no empowering legislation.

Hawks can investigate Pravin. Sorry, but that's the inconvenient truth. Why am I against this method of operation?

You cannot use unlawful means to investigate taxpayers.

And they acted as if above the law. SARS have no right to bug phones and follow vehicles electronically without a warrant which they clearly did not have. This method of operation was ADMITTED by Van Loggerenberg.

They were fascists. Who will watch the guards?

Twitter war about SARS - rogue or right?
It all began with two tweets that Noseweek Editor Martin Welz posted to announce ...
Rogues and hacks
New leaked emails shed light on SARS rogue unit and its allies. Documents leaked to Noseweek ...
Struck-off GP finds new way to exploit elderly
Doctor guilty of unprofessional conduct has developed a profitable alternative speciality; preying on old women. A ...
Senior magistrate's bigoted songsheet
Court officer Ashin Singh sows discord among his peers. A Pietermaritzburg magistrate with a shoot-from the ...
A stink about a stink
Environmental offender given green light in Western Cape. The quiet Boland town of Wellington - ...
Xolobeni: An assault by the state
The assault by the state on the community living at Xolobeni, Mbizana, in the ...
Changing the game
Wits student Kamal Ramburuth-Hurt is driving a campaign to revolutionise the 'irrelevant' economics ...
Too rich to pay rates
Rates crusader strikes at purse of Joburg's elite and powerful. Howick-based property rates crusader Rob McLaren ...
Winds of change: Cyclones threaten Southern Africa's Indian Ocean coast
Powerful tropical cyclones made headlines in 2018. In August, Post-Tropical Cyclone Lane wrought huge damage ...
Artificial intelligence will save humanity, but does anyone care?
Human activity will almost certainly push global temperatures more than 2 degrees beyond pre-industrial ...
The Fourth Industrial Revolution speaks Zulu
I have been writing science stories in Zulu lately. For a bit of fun, I ...
Please give the President a break
Enough is enough! We need to give the President of this here Republic a ...
Tea Party
Now then. The annual Jesus Jamboree being over, we must ask ourselves: What have we ...
Dear Editor
Berea monster must go ♦ Tragedy of lost training colleges ♦ Crippled by statins ♦ ...
Classified ads #231 January 2019
FOREIGN HOLIDAY ACCOMMODATION ♦ LOCAL HOLIDAY ACCOMMODATION ♦ LOCAL PROPERTY FOR SALE ♦ FOR ...
Online Privacy Policy
Last updated: June 11, 2021   This Privacy Policy describes Our policies and procedures on the collection, ...