From another country: Textbooks

Fifteen minutes before the start of the discussion forum titled “Should We Rewrite Our History Textbooks?” at the Chinese Assembly Hall in Kuala Lumpur, Malaysia, an angry attendee waved his fists and accused panelist Fahmi Reza, an activist and artist, of promoting “evil” communism. Dressed in a beret and punk-pin-bedecked military jacket, Reza tried to placate the angry man and his friends. The panel, Reza said, was only arguing that multiple perspectives needed to be heard.

For decades, hearing multiple perspectives wasn’t an option in Malaysia. Until earlier this year, the country had been under the political yoke of a single party – the right-wing United Malays National Organisation (Umno) – for 61 years. Students were taught a single, straitjacketed history of the country. Now that’s changing after 93-year-old former Prime Minister Mahathir Mohamad’s Pakatan Harapan party ousted the Umno-led government of incumbent leader Najib Razak’s Barisan Nasional coalition.

Scholars and minority ethnic groups are seeking a revision of history books to acknowledge the central role that Hinduism and Buddhism played in early Malay kingdoms – but which the country has long ignored, focusing instead on Islam’s contributions. Seventy years ago, British colonial authorities declared a state of emergency in the colony of Malaya to crush demands for independence from the local communist party and other leftist groups. In post-election Malaysia, leftist groups and activists want a reassessment of that historic role in the country’s modern independence struggle.

Across the South China Sea, far from the glass and steel towers of Kuala Lumpur and peninsular Malaysia’s developed infrastructure, the states of Sabah and Sarawak demand their own historical reckoning. Under the 1963 Malaysia Agreement, (MA63) Sabah and Sarawak joined the peninsula as one nation. Eastern Malaysia acquired special rights, including freedom of religion and civil autonomy. But school textbooks have downplayed this history, say regional leaders.

The new Malaysian government has promised a revision of the fourth-grade history textbook that critics argue has particularly problematic political, religious and regional biases. Five out of 10 chapters, for example, deal with Islamic history. Textbooks for other grades are also under scrutiny. Critics have argued, for instance, that the second-grade history textbook underplays the role of Yap Ah Loy, the Chinese-origin administrator widely credited with helping turn Kuala Lumpur into a major commercial centre.

Adding nuances and layers to a historical narrative that has dominated a country for decades isn’t easy – not even with a government willing to play ball. The panel that Reza spoke on was part of a three-day conference in July, “A People’s History of the Malayan Emergency”. Communism was not even mentioned during Reza’s panel.

“What the panelists were focusing on was how the history textbooks tell only one version of the story,” says Imran Rasid, who moderated the panel.

During the discussion, the disrupters kept accusing Reza and his fellow panelist, lawyer and advocate Fadiah Nadwa Fikri, of dishonouring former members of the army and police who fought during the Malayan Emergency. When Reza responded that there was space for multiple perspectives, one protester shouted, “We don’t need that perspective here!”

Sean Long of Kuala Lumpur, whose father served in the Special Branch of the Royal Malaysian Police, becomes incensed when asked about the possibility of his children reading in their textbooks about the role of communists in securing Malaysia’s independence.

“Maybe [the communists] were good guys back then, fighting against the British,” Long says, but after recounting the way guerrillas assassinated his father’s boss, he adds: “They’re all fuckers!”

But those who say that their histories have long been suppressed can’t wait for changes to the textbooks so that future generations learn a more complex and complete story about their country, and appreciate the injustice that has lingered. 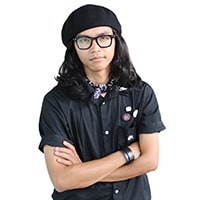 Though the states of eastern Malaysia produce 60% of the country’s petroleum, Sabah and Sarawak receive only 5% of the royalties. That’s a flagrant violation of the 1963 Malaysia Agreement, argue MA63 activists.

For two generations, post-independence politics was predominantly about the Umno. But the political change has unleashed long-repressed voices that are reshaping how the country thinks about its past. Under a nonagenarian, Malaysia is on its way to gifting a young generation a new history.