The City of Johannesburg still refuses to explain why a multi-million-rand property valuation tender was handed to an ANC-backed company that was not among the initial bid-winners, instead labelling Noseweek’s request for them to account for the anomaly as “manifestly frivolous”.

Noseweek has reported extensively (noses211; 212; 215 & 222) on how the city’s tender for the General Valuation Roll 2018 (Bid A683), was found to be rife with problems, including over-valuation of the 900,000-plus rated properties. The contract was awarded to Durban-based Evaluations Enhanced Property Appraisals in October 2016, with a price tag of R99.9 million. 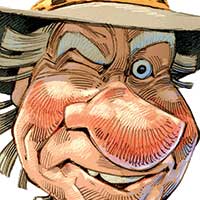 But that was not the first tender issued for the same contract. A year earlier the identical tender was advertised and closed in January 2016. Then, the bid submitted by valuations, owned by ANC-backer Willy Govender, was only the third-lowest, at R167.2m.

The scoring process was approved by the city’s Bid Evaluations Committee and the clear winner was DPP Valuers (Pty) Ltd at R144.9m. The contract budget was R300m. The city then went mum, refused to award the time-critical contract and it lapsed.

The tender was re-issued and this time Evaluations shaved R67.3m off their original quote, undercutting everyone else to a price one insider said was “simply too low” and would lead to corners being cut. The city has had more than 50,000 objections to their valuations, including a direct intervention by mayor Herman Mashaba relating to 8,000 valuations –  a cock-up for which he blamed Evaluations, now owned by JSE-listed technology firm EOH Holdings.

Noseweek has twice formally requested records that show why the first tender process for Bid A654 was cancelled as well as all communication dealing with a specific bid. Both were denied but we’ll keep trying.