Bluebirdism. Let's get over the rainbow

Does anybody remember Judy Garland anymore? A sweet girl with nice eyes and a nice smile, also uncomplicated by too much thinking about uncomfortable things, as befits a daughter of the US of A. I suppose you could say she came in the same category of comfort as Bing Crosby who sang songs about baking a sunshine cake, as follows: We-he-he oughta ba-hake a sunshine cake, it really isn’t so hard to make, ah-ha fresh cheers, a pocket full of pleasure, kind words you needn’t use a measure, ah-ha and for goodness sake whaddawe waiting for? A-let’s aba-hake a sun, a shine, a sunshine cake aday-daky, a Sunshine Cake.

Judy, now, she descended from a more Romantic era, that of Chopin and Liszt, and her main contribution to the history of music went something like this: Somewhere over the rainbow, way up high, there’s a land that I dreamed of once in a lullaby. And but recently it occurred to me that for twenty four years we’ve been casting about for a suitable national anthem and this may be just the job. 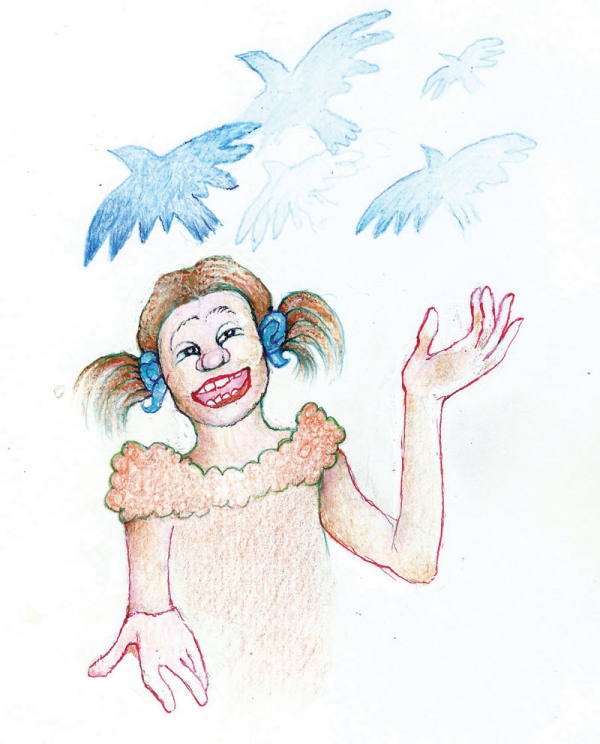 I mean we are a secular state, and calling on the Almighty to bless us along with an entire continent, Nkosi Sikelel’ iAfrika, that’s a bit clumsy, also dreary, you must admit. Then again, we are a republic with five kings f’Chrissakes, and though we might appeal to the Almighty to help finance this lot, it would sound silly to plead that He should save them all and make them all gracious, noble, victorious, happy and glorious. No! Appeal to Mother Nature! Thus Judy: Some day I’ll wish upon a star and wake up where my cares are far behind me, where troubles melt like lemon drops away above the chimney tops, that’s where you’ll find me.

Okay, so now, how to become a Rainbow Nation? Well sit up and pay attention and I’ll tell y’all a history story, as follows. O frabjous day! Callooh Callay! A full-on real-live in-the-flesh US former president comes to Joeys and smiles upon us with all his 64 teeth and tells us ordinary humans he admires Mandela’s vision like anything. But why should Mandela have needed a vision when he had a perfectly good charter? The Freedom Charter of 1955? Aha! you will say, but that’s socialist! Well, if such a document of decency is socialist then bring socialism on.

But let’s not niggle. Let’s shunt forwards to 1961, when certain rebels conceive a certain vision instead of a mere charter of words: the original M-plan. M for Mandela, whatever later nomenclature suggests. The armed struggle is about to begin, its schedule laid out by this plan. First will come industrial sabotage, and when the economy is on its knees, armed attacks on police and army places will begin. Then when the prole populace has risen as one and overthrown the racist regime we will plan a decent democracy. Plan schman, the whole bloody lot of us, self included, end up in boep for our hallucination, and lucky not to get the rope. Well, no, not all, some flee to London to bask in the warmth of world flattery and claim some bullshit about running an underground back here.

In the US they have a thing called the Deep State, a power elite, certain men of inconceivable wealth, unidentifiable and unelected. The government is elected and it governs, it administers, but the Deep State rules, supreme. The Deep State 1980s is content with Apartheid SA, see.

The country is stable, their investments secure, there is no blood running down the gutters. But in the ’80s our mission in exile gets the quaint idea of disinvestment in SA, a right kick up the crutch for the Apartheid State. It is becoming unprofitable. With all due apologies our government is told to find somebody on Robben Island with nice eyes and a nice smile, groom him up as our first black president and give him a Springbok rugby jersey to swop with François Pienaar if we win the World Cup in 1995. But note NO Marxist. NO communist. NO Govan Mbeki to redistribute our wealth.

Certain lucky bandiete are considered for gentlemanly training and polishing for the presidency and lo! our Madiba is the winner! He is by far the most celebrated of our celebrities!

He does swop the rugby jersey and Dezzie the Toot comes all over coy and giggly and rainbowly; as Judy said, “Somewhere Over the Rainbow Bluebirds Fly”. We must all confess publicly our evil past and forgive and love each other because deep down we are all good Christians and now we must get together and make a nice new country.

If happy little bluebirds fly
beyond the rainbow
Why, oh why can’t I?