Executors of serial paedophile’s estate want to put victims in the dock to avoid paying them damages.

Besides being a trusted tax advisor on tax matters to President Cyril Ramaphosa, Michael Katz is the chairman at Africa’s largest law firm ENSafrica, an honorary professor and a trustee of various trusts including the South African Holocaust and Genocide Foundation, the Nelson Mandela Children’s Trust and the Constitutional Court Trust.

The illustrious Professor Katz is also executor of the deceased estate of his fabulously wealthy paedophile brother-in-law Sidney Frankel, in which capacity he is vigorously opposing the claims for damages brought against the estate by eight of Frankel’s child victims (all now adult) who have testified to having been sexually assaulted by him and to have suffered serious psychological damage into adulthood as a result.

Besides being a trusted tax advisor on tax matters to President Cyril Ramaphosa, Michael Katz is the chairman at Africa’s largest law firm ENSafrica, an honorary professor and a trustee of various trusts including the South African Holocaust and Genocide Foundation, the Nelson Mandela Children’s Trust and the Constitutional Court Trust.

The illustrious Professor Katz is also executor of the deceased estate of his fabulously wealthy paedophile brother-in-law Sidney Frankel, in which capacity he is vigorously opposing the claims for damages brought against the estate by eight of Frankel’s child victims (all now adult) who have testified to having been sexually assaulted by him and to have suffered serious psychological damage into adulthood as a result.

Katz, who is currently an advisor on the Nugent Commission investigating SARS, is one of five executors of Frankel’s estate who are determined to oppose a R40-million claim – R5m per plaintiff – against the estate by the eight victims who have had the courage to openly declare that they were sexually molested by Frankel as children – some, when as young as six years old – over a 40-year period.

In court papers the victims relate that, as a result of Frankel’s interference, for the better part of their lives they have battled depression, an inability to form meaningful relationships, been subdued, felt dirty, shame, humiliation, and psychological trauma, having had their childhood and sexual innocence ripped away from them.

The victims are hoping the civil trial will take place either later this year or early next year.

The other executors who, with Prof Katz, appear determined to force the complainants into the witness box to prove they were sexually assaulted as children by Sidney Frankel and suffered damages as a consequence, are his widow Carolyn Frankel, his sister Babette Katz, tax specialist and advocate Beric John Croome and a director at ENSafrica’s private client department Deon Beachen.

(The unusually large number of executors appointed lends credence to rumours that it is a particularly large estate.)

Initially Frankel was himself the defendant but when he died in 2017, his executors stepped in to defend the case. They are represented by celebrity lawyer Billy Gundelfinger who has filed a plea by the defendants in which “each and every allegation… is denied”.

Well-known Sandton attorney Ian Levitt has taken up the cause of the victims – the group being referred to as “the Frankel 8”.

Noseweek was the first to publicly identify Frankel as a peodophile in 2014 (nose180).

Levitt told Noseweek he now knows of “at least two dozen” victims, some of whom are still young adults, suggesting that Frankel continued with his paedophile practices until late in life.

“Through the courageous persistence of these eight, the Constitutional Court has already been persuaded to remove the prescription period after which such cases could no longer be prosecuted – a clear signal to the world that South Africa has entered an era of zero tolerance for child abusers.

It is known from the case that “the abuse was not just confined to children associated with his family. We have people calling on a regular basis, pledging their support. For many of them it’s still just too raw and in most cases their husband or wife is still unaware of the trauma they experienced as a child,” continued Levitt.

Besides preying on his young relations as well as their friends, children of friends and even his employees’ offspring, he would regularly appear at the Arcadia Jewish Children’s Home to collect one of his “favourites” for a weekend stay at his farm. No questions were asked by any of the home’s management despite at least one of the victims raising the alarm – only to be dismissed as a liar.

“A victim from the orphanage said abused children told orphanage officials at the time but they did nothing," said Levitt.


The particulars of claim filed in the case paint a horrific picture of the perverse “grooming” and sexual assaults Frankel unleashed on them. He made inappropriate sexually suggestive conversation with them and sexually abused  them, touched their private parts, masturbated young boys, masturbated himself while touching the children, made them bleed when he penetrated them with his finger and then offered them a “Rolo” when he was done, telling them it was “their secret” and that they “enjoyed” the experience.

“The defendant sexually assaulted the plaintiffs when they were children and at a time when they were between the ages of six and 15 years old at six different locations,” reads the claim.

He is alleged to have committed these acts at his horse farm Ballifarm, Kyalami; at 19 2nd Street, Abbotsford, Johannesburg where his cousins lived; at Baobab Ridge Game Farm, Buffelshoek; at the Jewish Children’s Home in Arcadia; at his home at 81 East Avenue, Athol  and even at his office, known as Sidney Isaacs Stockbrokers, Fourth Floor, Diagonal Street, Johannesburg.

It appears Frankel started his sordid ways at the age of 25 and continued until only a few years before his death. Some of his most recently identified victims are still minors.

The plaintiffs in the case all state that they “only gained a full appreciation of the criminal acts committed” by Frankel as they reached middle age.

The catalogue of assaults is spelled out by each of the victims in graphic detail in court papers.

In his responding papers filed before his death, Frankel admitted having the children swim in the pool, admitted that the Rosenbergs were cousins and that Smith lived on the farm next door – but he denied “every deviant act”. While this point is now moot due to the subsequent Constitutional Court ruling (see nose224), at the time Frankel pleaded that their damages claims had in any event prescribed (lapsed through the passage of time).

Frankel died before either his criminal trial or the civil court proceedings could commence.

The criminal trial has fallen away as a result of his death, but the civil case for damages is proceeding against his estate.

“For the plaintiffs, where there was once fear, they now want to get going. Some are still receiving counselling. They are ready. Of the eight plaintiffs, five live abroad and are willing to travel to South Africa to testify,” says Levitt. 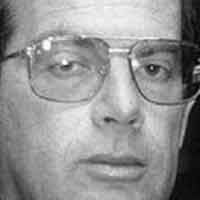 “I have consulted with several more victims who, for whatever reason, are not comfortable with sharing their story in a public space. However they have provided support.

“At this stage no offer of settlement has been made. If they decided to pay our clients’ however, that would be a different matter,” said Levitt.

It is anticipated that the expert psychological reports relating to the claims made by the victims will be filed in August. Only then will a trial date be set.