If Julian Barnes had not been such a good writer, he would have been a very depressing one. His oft-recurring theme is death: in Nothing to Be Frightened Of, the nothing Barnes is (very) frightened of is death; in the short story collection, The Yellow Table, the eponymous table is death; in Levels of Life, despite the title, Barnes movingly recalls the death of his wife. And yet, insists Barnes, or the narrator of his latest novel, the only story is love. Well, death and love have been companions for centuries, and here, too, love is death-directed.

The love that is the narrator’s only story is that, initially, between a 19-year-old boy, Paul, and a 55-year-old woman, Susan.  Problematic as this may seem, it gradually morphs into the far more problematic love between a 30-something man and a 60-more-than-something woman, who also happens to be a hopeless alcoholic.

Only a writer of Barnes’s calibre could have turned this dismal premise into a highly readable, even enjoyable novel. No matter how grim the subject matter, Barnes’s lively intellect and wit keep the interest, even â€¨as the narrative moves from cheerfully insouciant youth to resigned old age: by novel’s end the narrator, his lover long dead, â€¨is a vaguely contented cheese-maker in Somerset.

I don’t feel that revealing the ending is a spoiler, in that this is not really a what-happens-next kind of novel. It is, rather, a book-length disquisition on the topic of love; more specifically: what is love? (An earlier novel of Barnes’s is called Love, etc.) The narrator in fact keeps a notebook in which he writes down definitions of love he comes across, and crosses out as he discovers their inadequacy or inaccuracy. One that he preserves as valid is: “In my opinion, every love, happy or unhappy, is a real disaster once you give yourself to it entirely.” Of course, that’s not a definition, merely an observation, and by novel’s end, Paul decides that “Perhaps love could never be captured in a definition: it could only ever be captured in a story”. 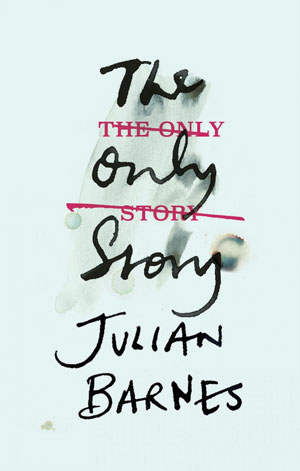 This book, then, is that story, divided into three parts: the first part describes the oddly effortless way in which the young boy and the middle-aged woman fall in love and drift into a passionate relationship. His parents, the pebble-dash semi-detached dwellers in a London suburb coyly referred to as The Village, are genteelly dismayed, but present no obstacle to his youthful determination and ardour; Susan’s  husband, the morose Gordon Macleod, is more interested in his crossword puzzles and his golf (which he plays “as if he hated the ball”) than his wife, and for most of the time seems either impervious or indifferent to the affair happening under his nose. The only people who are outraged are the members of the tennis club, who expel both the lovers. This section ends as Paul leaves a bland little note for his parents: “I am moving up to London. I shall be living with Mrs Macleod. I shall send you an address as and when.”

The second part of the novel traces the gradual decline of Susan into alcoholism (it seems both grotesque and sad that her tipple of choice is sherry), with Paul doggedly keeping to his belief that this, too, is what love is: a patient, never-irascible pretence that there’s nothing wrong, putting up with her vaguely resentful taking-for-granted of his ministrations, while still trying to build a career for himself as a lawyer.

Barnes here manages the almost-impossible, in depicting Paul (sometimes in first-person, sometimes in third, even in second-person narration), as entirely unselfish, without becoming a martyr or a saint. This, believably, is also love.

But even this is not the last of his trials. The third section, written in Paul’s late middle age, looks back at Susan’s final decline and death – and yes, the extinction of his love, or at any rate of his caring, as he decides, not unreasonably, that he must salvage what is left of his life, and hands Susan over to the care of her daughter and, eventually, the state. So if the only story is love, it does not, it would seem, have a happy ending.

The Crocodile's QwaQwa kerfuffle
Cadiz chairman calls Investec CEO a thief and QwaQwa k****r for allegedly misappropriating shares ...
Artificial intelligence. Robot racism
There is something rather democratic about the robot called Bender (from the TV show Futurama) ...
Dirty tricks to discredit me, says key witness against Zuma
Forensic auditor claims that despite KPMG apology there is good evidence that SARS rogue unit ...
Who Spilged the beans?
The proceedings in Court 17 of the South Gauteng High Court in Johannesburg on 4 ...
If it smells of state capture...
Be careful who you work for. It took me almost four months, and two ...
When the ANC's monopoly goes
South Africa’s political system is designed for coalition government, argues political analyst Leon Schreiber in ...
Dirty secret behind Norway's clean energy
The happiest and most democratic country in the world funds its very green power ...
Dear Editor:
The SARS ‘naughty list’ ♦ Gwen Ngwenya: bitter truth ♦ Africa’s Unesco City of Literature ...
Love in three parts. No happy endings
THE ONLY STORY by Julian Barnes (Jonathan Cape) ...
Journey. Where are you going?
Boy oh boy! How Mzansi people love these ridiculous phrases that seem to pop ...
Berlin and beyond. Broken promised lands
Berlin in late April, sunny in a wintry way, a spritz of rain, a South ...
Go on Mamas. Make my day!
All you unathletes out there, it may interest you to know that many of ...
Classified ads #224 June 2018
FOREIGN HOLIDAY ACCOMMODATION ♦ LOCAL HOLIDAY ACCOMMODATION ♦ LOCAL PROPERTY FOR ...
Breaking News (14 June 2018) ‘Frankel 8’ obtain landmark ConCourt judgement
If he were still alive, stockbroker Sidney Frankel - accused of being a paedophile - ...