Please, please no more Days. No, I am not calling for the end of time – I’ll explain my plea shortly – but first, let us see what’s happening in the musical charts.

Radio Nose has it on good authority that Mzansi’s Umshini Wami crooner, who goes by the hip-hop name Gupta’s Homie, is set to release a collaboration with 1970s British rock band, The Clash. They are said to be in the studio working diligently on a remake of the band’s hit “Should I Stay or Should I Go”.

Gupta’s Homie is reported to have chosen the song not only because it expresses his current emotional state but includes the line “If I stay there will be trouble, if I go it will be double”. 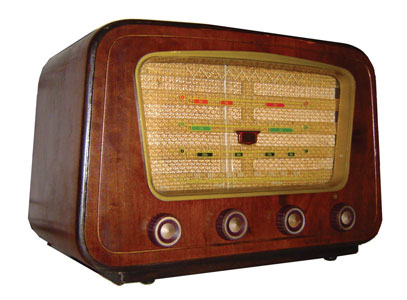 Adding musical excitement to this release is that it will go head-to-head with another remake already released, by a band called, Umzansi People. Not to be confused with the Village People.

And hold on there, nosey ones, don’t touch that dial;  just when we think we have heard it all, another hit has hit the airwaves. A band called Malema and the Fighters has just released a remake of Martha Vendelas’s, “Dancing in the Streets”. The group says it’s a celebration of their recent album release titled “Stop the SONA”.

Yes the hits keep coming and who knows what releases we can expect by the end of this Month of Cupid. You heard it here on Radio Nose.

Now, let’s get serious and talk about days. As it dawned on me that we were heading towards Valentine’s Day 2018, I was reminded of an exchange I had as we headed towards Valentine’s Day 2017. In short, I went into our local Vodacom shop and in there ran into the girlfriend of a friend. She said “Bheki, where is my Valentine?” I said “Woh! Valentine is for lovers or someone you would like Cupid to shoot with his arrow on your behalf.

“So, if what you are suggesting is the latter, I am not about to ask Cupid to draw his bow and shoot you on my behalf. Now, could I have airtime please?”

You may well ask, what this little Cupid exchange has to do with days. Well, it reminded me of just how sick I am of all these Days we are having. Everything and every cause now has a Day. Yes, I can understand and appreciate that these Days are meant to raise people’s awareness – fair enough – but there are still too many Days. It’s absurd.

And in the words of Michael Jackson – “You are not alone”. I am definitely not alone in feeling bugged by this Day thing. In his piece, The Awesome Column, Time magazine’s Joel Stein wrote in the 9 November edition: “The popularity of ridiculous holidays is growing. ...In 1996 the House of Representatives passed a rule to stop members from spending all their time creating national days, so now they just propose them, skip the vote and declare them anyway.”

Thank God our lawmakers have not got to proposing bills like the Americans or else we would have everything from ANC Day to Shebeen Day, Buccaneers Day, Amakhosi Day, ZCC Day.

So concerned am I about this day matter, that I have been having recurring nightmares in which the editor calls me, asking if I could come to Cape Town. I ask him “What for?” and tell him I’m really up to my gumboots on the farm and can’t afford to get away. He says to me, but you must, we are celebrating Noseweek Day.

I drop the phone and send an email informing him of the ceasing of my column contribution. Forget my editor nightmare, this Day thing is having a real impact on our psyche.

Not long ago I had one of those great sleeps. You know, the kind that sees you passing out so comfortably your body even forgets about your morning’s natural alarm. Yes, most of us have become accustomed to waking up naturally at a certain time in the morning. Our bodies, over time, just condition themselves to do that.

But this sleep I had was so deep I woke up at around noon. This was on a Wednesday. Grabbed my cell phone and called a friend to double check what day it was. Normally I allow myself a good sleep late into Sunday since I am not a church person. My friend said “I’m not sure, let me check the calendar or Google it.”

I say, “No, you idiot, what day of the week is it, not what stupid holiday or whatever day we are supposed to be honouring”. I think that incident alone makes my point.

OK, they say, instead of whining about problems, rather offer a solution. So here is mine: since we are being bombarded with Days, I insist we include St Patrick’s Day. We have very little to do with the Irish but at least this day would give us the excuse to get sloshed, hammered, drunk as skunks. If anything, this would help us temporarily forget about the other Days, not to mention other irritating happenings in our midst, such as Gupta’s Homie’s “Should I stay or should I go?”