The evil Russians who robbed Hillary 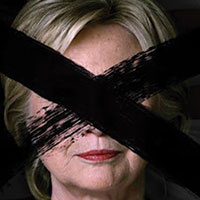 Except they didn’t. And all you liberals out there need to get over it, says Rian Malan

In August 16, according to The Washington Post, a car with tinted windows arrived at the White House carrying an envelope containing something so sensitive that only President Barack Obama and three aides were allowed to see it. It was a letter from the CIA revealing Russian President Vladimir Putin’s “direct involvement” in a plot “to defeat or at least damage the Democratic nominee, Hillary Clinton, and help elect her opponent, Donald Trump.”

Drawn “from sources deep inside the Kremlin,” this “intelligence bombshell” exposed the existence in Moscow of armies of hackers and cyber-warriors, all working to disrupt American institutions and bend American minds in unhealthy directions. According to the Post, Obama’s response was “grave”. He ordered further investigation, and soon convoys of black SUVs were screaming across the American capital, carrying intelligence mandarins to meetings in cyber-sealed ops rooms impenetrable to fiendishly ingenious Russian eavesdropping techniques. 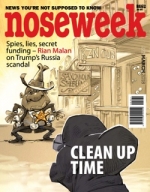