BOOKS: Leading Europe out of darkness 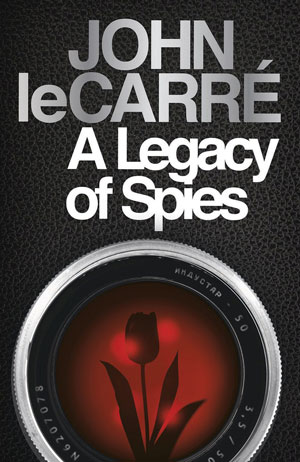 A Legacy of Spies by John le Carré (Viking)

This is, by my count, Le Carré’s 26th novel, in a writing life extending from 1961 to the present. Possibly his best-known novel is his third, The Spy Who Came in from the Cold, of 1963. It is not the least of the virtues of this latest work to send one back to that early masterpiece. For, though A Legacy of Spies can stand on its own perfectly well, it leans heavily on the earlier novel for its backstory, and I found myself rereading The Spy the moment I’d finished the recent novel, this time with the added pleasure of knowing where it was all going to lead in the 44 intervening years.

Where it leads to is a little farm in Brittany, where Peter Guillam, ex-member of George Smiley’s stable of spies at the Circus, headquarters of the Secret Intelligence Service, is trying to live a quiet life. Guillam, in his day one of the lustiest and randiest of spies, is now a septuagenarian of retired though not celibate habits, and is not pleased to receive a summons to London, to his old employers, in accordance with his “lifelong duty to attend, should Circus needs dictate”.

Arriving in London, Guillam discovers that Circus needs dictate that he divulge all he can remember of Operation Windfall, a “British deception operation… mounted against the East German Intelligence Service (Stasi) in the late nineteen fifties and early sixties [that] resulted in the death of the best British secret agent I ever worked with and of the innocent woman for whom he gave his life.” The agent in question is Alec Leamas, The Spy Who Came in from the Cold, and the woman is his lover, Liz Gold.

It transpires that the moral climate in London has changed: where during the Cold War the deaths of innocent people could be discounted as the necessary price for the defence of democratic values, nowadays the innocent people or their progeny demand compensation from the faceless bureaucracy that caused or sanctioned the deaths. But the agents of justice need to put a face on the facelessness, and Guillam’s is the one that comes up: he is being sued for €1 million by the surviving son of Alec Leamas. To save his skin, he must tell the story of Operation Windfall.

So Guillam, who hardly features in the earlier novel, takes centre stage, and we are given the same events, or many of the same events, from a very different angle. Leamas is now a legendary character, and even the villains of that piece – the vile Hans-Dieter Mundt, the enigmatic Fiedler, the treasonous Bill Haydon – have gone to their deserts. The Circus has moved to a concrete monstrosity on the Thames, and the functionaries interrogating Guillam are young, breezy, cocksure. Some of the best scenes in the novel are those between the senior Secret Service Lawyer – named Bunny! – and a taciturn, wily Guillam, the one all perky insincere charm, the other all surly evasiveness. But slowly the story of Operation Windfall emerges, as grippingly as the first time, this time with additional material in the person of “Tulip”, an East German defector Guillam was in love with.

The theme both novels have in common is explicated at the end of this one by Peter Guillam, in a conversation with a reclusive Smiley: “[H]ow much of our human feeling can we dispense with in the name of freedom, would you say, before we cease to feel either human or free?”

If that question resonates in the age of Trump, Smiley’s own question does so no less eloquently, in the age of Brexit: “So was it all for England then? […] But whose England? Which England? England all alone, a citizen of nowhere? I’m a European, Peter. If I had a mission – if I was ever aware of one beyond our business with the enemy, it was to Europe. […] If I had an unattainable ideal, it was of leading Europe out of her darkness towards a new age of reason. I have it still.”

Is it fanciful to see in Smiley’s testament the 86-year-old Le Carré’s own credo? 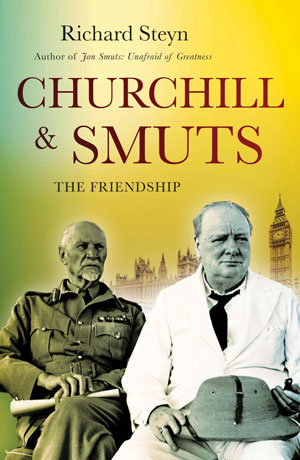 This verbal curtsey reminds us that South Africa is a terminological minefield and that, in Smuts’s time, law and custom distinguished between race groups. “In the book I have used the racial descriptions applicable at the time, so that the words ‘native’, ‘black’ and ‘African’, for instance, are used interchangeably”.

Steyn’s two lifelong protagonists of free speech must be spinning in their graves at the current vogue for limp and confusing euphemism. But clearly the publishers are wary of trouble from deeply sensitive readers. One would hate to provoke a recurrence of book-burning.

Principles derived from hard lessons learned in two brutal world wars could usefully be applied in contemporary South Africa. Both Churchill and Smuts did valiant battle internationally after the end of hostilities, to persuade the conquerors against concentrating on vengeance, instead of taking the long-term view and planning creatively.

Churchill argued that the Germans must be “clothed, sheltered and fed”, and warned that the Allies “ought not to be drawn into extravagances by the fullness of their victory”.

In 1918, Smuts, with customary foresight, spent the final months of war agonising about the difficulties of the coming peace. A speech drafted by Smuts for British Prime Minister Lloyd George proclaimed “in the language of moral and political principle” that Britain’s war aims were based upon achieving justice for those who had suffered, rather than a desire for vengeance”. The British economist John Maynard Keynes, with Smuts’s active encouragement, penned a devastating critique of the eventual vengeful war settlement terms, titled The Economic Consequences of the Peace.

Churchill, in his inimitable style, wrote that the economic life of Germany was “essential to our own peace and prosperity. We do not want a land of broken, scheming disbanded armies, putting their hand to the sword because they cannot find the spade or the hammer”.

After the First World War, Churchill wrote a personal letter to Smuts which demonstrated the warmth of their growing relationship. An extract: “All the many kindnesses and services you rendered to me in the stormy ups and downs of the great struggle have made a lasting impression on my mind. I can never forget your sympathy and comradeship. I shall always look back on those fierce, crowded days and in them I shall always see your friendship and courage and wise counsel.’’

And they cemented their mutual respect in, and after, the Second World War. They understood each other intellectually and physically.  Their differences supplemented each other. Both were highly intelligent, both were soldiers, both were idealists with broad international perspectives.

They were free spirits with profound faith in the benefits of democracy. Both would have been puzzled by the current South African tendency to “think small”. They were zestful, admired and idealistic participants in world affairs. Perhaps the new political leadership of this country will begin to demonstrate a broader appreciation of our place in the world beyond our own back yard.