The aerotropolis in Zuma's back yard

A bizarre plan to build a mega “aerotropolis” outside Pietermaritzburg, to be called the JG Zuma Aviation Centre – as first revealed in nose219 – included a proposal to build a 100MW nuclear power plant next door to the KZN capital. 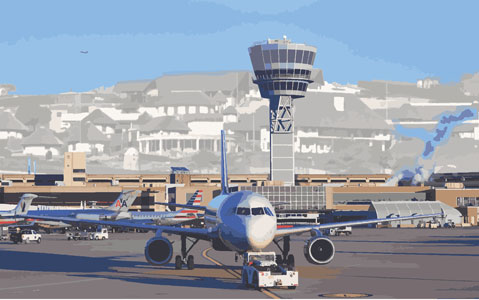 The entire “aerotropolis” project was officially to have been financed and built by a mysterious Czech Republic non-profit organisation called Open Doors of Europe Fund (Odef). It soon enough emerged however that Odef was merely a proxy for unidentified Russian interests – of which the Russian government was one.

Odef’s top management, together with their various Russian collaborators, arrived in South Africa to canvass for the project just 10 days after presidents Vladimir Putin and Jacob Zuma had signed a “collaboration” agreement relating to South Africa’s planned R1-trillion nuclear programme. (That agreement was signed on 8 July 2015 at a BRICS summit held in Ufa, Russia.)  The Odef delegation started their South African tour with a visit to President Zuma, where their project received his official blessing.

KwaZulu-Natal – despite having no sites designated for South Africa’s official nuclear programme – had played host, just eight months earlier, to a secret conference between the Department of Energy and Russia’s nuclear agency Rosatom at Champagne Sports Resort in the Drakensberg.

The aerotropolis also known as “Project Jacob” reeked of pure fantasy. It was to include a Russian plane manufacturing plant, a rail-based coal terminal, university campus, and an air terminal with a 4km runway capable of landing international flights.

In 2015 the project was costed at US$21,3 billion (about R300bn at the time) which Odef proposed lending to South Africa at “1%-2% interest”.  All they wanted was for the bill to be underwritten by the government, effectively guaranteeing their return on investment. Odef saw the South African government as its client.

But the entire project failed because Odef’s local partners failed to convince the National and KZN Treasuries to provide the guarantees required by their Russian funders. There was also an inordinate amount of infighting, driven by greed, for control of the proposed mega-billions that was expected to pour into the country.

The project’s failure was not through a lack of trying. They had got Zuma’s pledge of support; had schmoozed his son Edward Zuma; met the then-KZN premier Senzo Mchunu and various government officials; involved a black empowerment partner (that had no capital but was fronting for the KZN government); and set up a South African company (a “special purpose vehicle”) called Avrora SA (Pty) Ltd
to undertake the development.  Even the Russian Ambassador to South Africa Mikhail Petrakov was kept in the loop.

One insider with direct knowledge of the airport deal told Noseweek that the Russians had made it clear there were “two prices they were willing to pay:  the official one and the unofficial one” and they appeared to be flush with cash.

In documents seen by Noseweek the airport power plant was initially expected to be a 500MW coal plant, however, according to Mario Grothe, a Germany-based consultant who acted for Odef, they intended to build a 100MW thorium-based nuclear reactor instead. Grothe’s company, Global Union was also the lead consultancy for the airport.

The mooted Maritzburg nuclear power plant was not the only energy project that interested Odef. They claimed to have a “general agreement” with the Public Investment Corporation and claimed to have made available “€5 billion” as debt financing for the Ilanga Concentrating Solar Power (CSP) project in the Northern Cape in which the PIC holds a 20% stake.

However, Noseweek was told by the solar project developer, Pancho Ndebele from Emvelo Holdings (Pty) Ltd, that they did not take up the option. The PIC ignored numerous requests to outline their relationship with Odef.

Grothe said the nuclear option was even mooted to the Department of Energy as a possible project to be included in the  Independent Power Producer programme most commonly associated with renewable energy. Grothe said the regulations forbidding private companies to own a nuclear power plant were “irrelevant” as ultimately their client was always going to be the South African government.

“Everything that was designed was created for the ownership of the government,” said Grothe.

However he said the investors willing to provide the debt capital for the nuclear plant were “another group of Russians” and not the same lot wanting to build the airport.

Shortly after meeting Zuma in July 2015, Global Union consultant Michael Will, along with Odef president Stanislava Rousova and two Russian businessmen with ties to the Russian government, Alexander Tokmurzin and Oleg Vasiliev, met with Trevor Blench who is an active proponent of the mineral Thorium as a stable nuclear fuel substitute for uranium and plutonium.

Blench owns a sizeable stake in Steenkampskraal Thorium Limited (STL). The company operates a monazite mine about 350km north of Cape Town. Monazite is a primary ore made up of several rare-earth metals such as cerium, lanthanum and thorium. Steenkampskraal is also supported by the likes of Norway’s Thorium Foundation, a South Korean nuclear agency, the US nuclear giant Westinghouse, and has shares in a Norwegian company called Thor Energy. Thor Energy, in turn, uses a Norwegian government nuclear reactor in Halden, Norway, to run nuclear tests using Thorium.

Blench has gone on record several times to advocate for Thorium. Blench plans to use the thorium mined by his company to manufacture pellet and pebble thorium fuels to be used in water-cooled reactors and gas-cooled reactors respectively.

In South Africa, STL has been designing a gas-cooled, small-modular pebble-bed reactor, the HTMR-100 that according to Blench will not “melt down like the water-cooled reactors at Fukushima”. He has also advocated that Thorium is a safer nuclear fuel.

But one of the problems Thorium lobbyists have faced is that there aren’t many operational examples of Thorium being used and the nuclear industry is sceptical of design and fuel changes for obvious reasons.

Blench told Noseweek he’d need at least US$1bn to build his plant, so when he was called by Will, he hopped on to a plane from Cape Town in the hope that he had a real investor.

“Michael Will invited me to meet them. I flew to Durban, we met, they showed me their airport site and they said they wanted to build my reactor in Kazakhstan and China. They also floated the idea of building a 100MW modular reactor in Pietermaritzburg. They mentioned they had met various people in the nuclear industry too. Rousova said they would get the funding and claimed to have sway with the government in South Africa.

“They claimed they were getting involved in South Africa’s nuclear programme but no documents were ever made available. After several months and telephonic conversations the deal went quiet.”

Blench said he had the impression that there was no real money available and he wasn’t convinced that the aerotropolis made economic sense.

“They were after crumbs,” he said in reference to South Africa’s proposed trillion-rand nuclear programme.

Grothe, whose consultancy specialises in energy deals, said it made sense to talk to Blench as he was based in South Africa. He said the country was well positioned in its understanding of alternative nuclear fuels after mooting the now-mothballed pebble bed modular reactor. Many involved in the PBMR also worked for Blench.

Grothe said he had even approached the Department of Energy to consider the HTMR-100 being included at the airport and that they considered the option. “We are also working with Chinese with regards to [Thorium] technology.” He said he was not currently involved in any nuclear projects in South Africa.

In Odef’s only listed annual report available online (for 2014/15 and released in January 2016) they said that, having met with Blench they moved to the “marketing stage” to build his Thorium-fuelled power plants. The annual report said companies in Kazakhstan, Georgia and China had already shown an interest and that the project was being driven by Grothe. 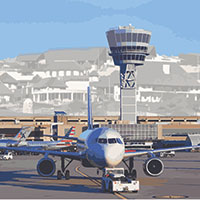 The report went on to state that on 13 November 2015 they signed confidentiality agreements with three partners to build the electricity plants. Blench last heard from Odef and Global Union in mid-2016.

The opaqueness in how Odef operates – from a small office above a school supply store in Brno, Czech Republic – makes it hard to believe they are a legitimate enterprise. Judging by their annual report it appears their sole purpose is to convince developmental states such as Sudan and Kazakhstan to provide state guarantees to large projects in which Odef would provide the debt financing, consultants, developers and builders.

They appeared to be more like economic hitmen attempting to lumber countries with unnecessary debt, rather than – as it claims in its articles of association – to work “closely with foreign entities” and “exchange,  cultural, spiritual, economic and social relations” between the Czech Republic and the world.