Alan Hollinghurst created something of a stir in literary circles with his first novel, The Swimming-Pool Library, at the time (1988) one of the first explicitly, indeed graphically, gay novels to demand to be taken seriously as literature, as much by its elegant style as by its setting – upper middle-class London – and its characters – upper middle-class Londoners, with a fair deal of rough trade in supporting roles. This blend of the urbanely sophisticated and the outright scurrilous continued in Hollinghurst’s three next novels, the second of which, The Line of Beauty, receiving the ultimate stamp of literary approval by winning the Man Booker Prize in 2004. Then, in The Stranger’s Child, the novel preceding the one under review, Hollinghurst once again dismayed the literary world, this time by being almost coyly reserved in his depiction of matters sexual, though his characters were as active as ever, if only off-stage. 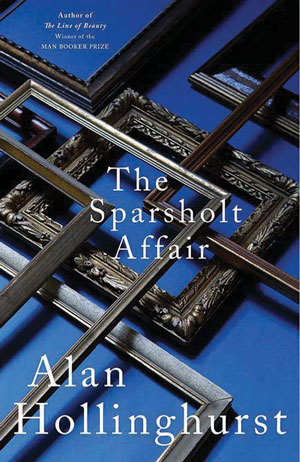 Now, in this novel, Hollinghurst once again favours a more restrained depiction of the unrestrained activities of his characters, with just here and there a startlingly intimate glance at the physical realities underlying the opulent style. The novel extends over three generations, from 1940 to 2012, taking in the War, the Coal Miners’ Strike of the 70s, and then the sexual freedoms of the 90s (with, perhaps oddly, no mention of the Aids crisis of the late 80s and 90s). Throughout, Hollinghurst deploys, not to say displays, his superb responsiveness to the look, the feel, the smell, the texture of places, whether as a triumph of observation, research or imagination. His evocation of wartime Oxford, which he could not have experienced, is as vivid as any of the more contemporary settings: “Now the lane was a little black canyon, its gabled and chimneyed rim just visible to us against the deep charcoal of the sky.” But in a later section, a file of cars at a traffic light is observed with the same minute attention: “The lights changed, the slow release of inertia passed backward through the crowd of cars.”

The texture of the writing is so rich that at times it almost obscures the merely human characters, and it is perhaps a drawback of the time lapses in the novel (there are five sections, spread out over the novel’s six decades) that there is little sense of continuity of character: figures come and go with disconcerting abruptness. The pleasure lies not in following the fortunes of a single character or set of characters, but in tracing a kind of hidden design, what Anthony Powell called A Dance to the Music of Time, in which the characters, without intending or realising it, participate. Thus towards the end of the novel, Johnny, the gay artist son of David Sparsholt, eponym of the famous Affair, reflects, as he walks his 74-year-old father away from a long-delayed visit to Evert Dax, the man he had briefly loved in Oxford in 1940, on the “irony, or anyway oddity, of these two father-figures having long ago been friends, and then, astonishingly, lovers”. To add to the irony or oddity, Dax is the present lover of Ivan, an ex-lover of Johnny’s. The concealed pattern of the past thus sometimes unexpectedly reveals itself, either enrichingly, as here, or inexorably, as in the Affair that ruins Johnny’s father’s career and haunts Johnny’s youth and adulthood.

Indeed, it is part of Hollinghurst’s mastery of his vast material (at 454 pages, this is a very long novel), that all or most of the apparently disparate strands of the novel do ultimately form a richly satisfying, beautifully worked tapestry. But if it is a novel much concerned with memory (two important allusions in the novel are to memoirs and to portrait-painting, two kinds of record-keeping), the last section, “Consolations”, attempts to imagine also a liberation from the patterns of the past: on one hand, through the marriage of Lucy, Johnny’s daughter-by-donation, and then through Johnny’s meeting with the irrepressible young Zé. The future, though uncertain, seems for the moment untrammelled by the past – though here, too, in the portrait that Johnny is painting of Lucy, he notes “the eyes the blue-grey (he saw it at last) of her dead grandfather’s”.