Survé rides his unicorn up the newsroom Everest

Business Report, once known for its stellar financial and business reporting, and to be found in almost all of Independent Media’s titles, has become a favoured platform for press baron Iqbal Survé to promote his business cronies and disparage his competitors.

The writer doing the dirty work is none other than the Business Report executive editor Adri Senekal de Wet. These stories also have one significant similarity – at no point do any of them disclose Survé’s interest in any of the businesses it unashamedly punts.

Survé, while professing he doesn’t interfere with editorial direction, clearly does. Or, at the very least, is happy for Senekal de Wet to do so on his behalf.

From October to November 2017 Business Report ran at least five front page stories promoting an otherwise little-known technology business called Sagarmatha Technologies – in which Survé has a keen interest. Survé joined the company soon after it was established in 2014, and resigned as a director on 9 October 2017, just 15 days before Sagarmatha – which is Nepalese for Mount Everest – was celebrated in a front page Business Report story labelled “Exclusive”.

The fluff front-pager, which appeared on 23 October 2017, was on the appointment of “investor guru Paul Lamontagne”, once head of Enablis Entrepreneurial Network, South Africa (noses82 & 83), as CEO of Sagarmatha Technologies.

It went on to call him a “visionary leader”. The company was described as “an integrated multinational technology platform group” that was driving the “Silicon Africa” vision.

Four days later Business Report ran another front pager titled “Business consortium to invest $1bn in Africa”.  It reported how US investment banker Harold Doley Jnr, representing a “consortium of international investors”, had made an “unexpected announcement” at the “Business Report Ignite breakfast” in Cape Town, stating that his consortium would be investing US$1bn in technology businesses in South Africa and other large African markets. Finance Minister Malusi Gigaba was present for the occasion.

There was, however, nothing unexpected about it: days later, Business Report led with a story headlined “Sagarmatha Technologies IAB: Influential global leaders on board” (IAB stands for International Advisory Board). Besides being devoid of any news-value to warrant a front-page story, it sported a large picture of Lamontagne shaking hands with none other than Doley Jnr who had been appointed to the board. The article said the board appointments had “impressed global markets”. Turn to Page 3, and there was the first of at least three full-page adverts by Sagarmatha announcing the board appointments. (The last appeared on 28 November 2017)

Senekal de Wet, the author of these articles, claimed in a 27 November editorial that Business Report had “tracked the rise of Sagarmatha Technologies” and that it was “the next emerging market technology platform growth and success story”. The conflict of interest is not stated.

Then on 29 November Business Report ran yet another front-page piece under the heading “Sagarmatha…sparking African unicorns”. Unicorn is a reference to company start-ups valued at more than US$1 billion. The article, complete with a massive graphic, quoted Lamontagne saying that Sagarmatha would provide “the spark to many more African unicorns in the future”.

Senekal de Wet ended her write-up with an “Editor’s note” which stated that Sagarmatha aims to compete “with global technology giants such as Amazon, Facebook… and Naspers”.

The level of interference in Business Report’s editorial direction became most obvious when, on 20 November 2017, Senekal de Wet wrote a front- page lead titled “Corrupt deals cost ABB millions”. ABB is a Swiss-based global corporate best known for its dominance in the electrical technology sector. The story claimed the company had been sued and faced corruption charges. This is true – except they were sued in 2010. And the corruption charges had been well publicised many months earlier – in February 2017. Nothing has changed since then. It was nothing more than a rehash of really old facts – with a purpose: to advance boss Survé’s interests.

The story failed every editorial test to qualify as news, let alone front-page news. It did, however, neatly remind readers that in 2015 ABB was awarded “a US $160 million (approx. R1,5 billion) …control and instrumentation (C&I) works contract” by Eskom at Kusile Power Station, which Siemens had expected to win.

Survé has a keen interest in Siemens, having been its unbelievably well-paid BEE partner since 2001. ABB and Siemens are arch rivals in the electrical technology sector, invariably bidding against each other on most major contracts globally.

Unless they’re fighting over a new contract and ABB’s name needed to be trashed, another explanation could be that Eskom’s suspended acting-CEO Matshela Koko’s disciplinary hearing restarted just days later. One of the charges he faces is that he undermined the Kusile tender committee by issuing instructions that certain contracts went to ABB. 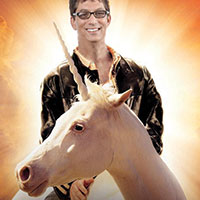 In any event the article was no doubt a message to someone. And it’s likely it was a message received – it can no longer be found on Independent Media’s website.

Pedigree of ‘influential’ board

Other members of the board of Sagarmatha include Dutch billionaire Marcel Boekhoorn – who was once conned out of a £1 million by a down-and-out Yorkshire salesman who claimed he was selling London’s Ritz Hotel – and Chinese businessman Dr Chung Hon Dak who, besides being a guest of honour of President Jacob Zuma in August 2015 when he donated R39.6 million to build an Eastern Cape school – has been buying distressed South African mining assets.

Then there’s Dirk Hoke, currently the CEO of Airbus Defence and Space and a former CEO of Siemens Africa at a time when, in 2002, Siemens was successfully charged with habitual bribery by German and US authorities (noses120 & 121).

Dr Makaziwe Mandela, Nelson Mandela’s eldest daughter, has also been elected to the board.

Meanwhile the listed directors of the company are almost all old Survé acolytes, including Alan Neil who was a business partner of Survé in the disastrous LeisureNet fiasco (noses59 & 98) and Aisha Pandor, daughter of Minister of Science and Technology Naledi Pandor.