This month, all I need do is recommend that you read a recently published book by Jacques Peretti titled Done, published by Hodder. You can start with the extract from the book in this issue The biggest get-even-richer plan. But for local perspective, keep the following in mind:

• Jonathan Taplin, New York Times, 22 April 2017: “Facebook, Google and Amazon have stymied innovation on a broad scale. They have become the point of access to all media for the majority of Americans [and South Africans]. Profits have soared while revenues in newspaper publishing have, since 2001, fallen by 70%. Billions of dollars have been re-allocated from creators of content to owners of monopoly platforms. Content creators dependent on advertising must negotiate with Google or Facebook.” 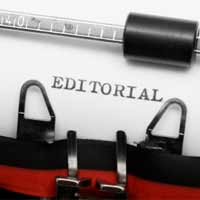 • In nose116 (June 2009) we reported that Johannesburg businessman Christopher Leppan had applied to court to have ponzi-operator Barry Tannenbaum declared insolvent. Leppan had invested in what was supposed to be a hugely profitable scheme to finance the importation of raw materials required for the  manufacture of anti-retroviral drugs needed by the country’s millions of indigent AIDS-sufferers. Leppan was promised a 20% return on his money every 12 weeks. That’s more than 80% per year.

But when the time came to collect, Tannenbaum’s cheque bounced, his bank account had been closed and Tannenbaum had emigrated to Australia. South Africa’s latest and largest-ever ponzi scheme had collapsed. Who else had rushed to invest in this fabulous money-making scheme?

Finding the old stockbroking Lowenthals, father and son, in there with the best of the cowboys came as no surprise. But ex Pick n Pay CEO Sean Summers for R50m and ex OK Bazaars CEO Mervyn Serebro for R40m?! What were they, and John Storey of Cobalt Capital, Nic Pagden ex City Group (a rumoured R40m), Bruce MacDonald of Zenprop (said to be in for R50m), Tim Hacker and Johnny Rosenberg, doing there? All claimed to have consulted experts and auditors who assured them all was well.

How come these smart businessmen, with their lawyers and accountants, never got around to asking themselves: if Tannenbaum can offer 20% for a ten-week investment – secured by advance orders from generic drug manufacturer, Aspen – why wouldn’t he take the same contracts to his bankers, RMB and Investec, borrow the money at 4% for two months and keep the remaining 16%? Charity for millionaires?

Did any of them pause to consider they were lining up to make easy billions out of South Africa’s need for anti-retrovirals to deal with the AIDS crisis? How do we face a recession with that low level of business acumen and/or morality at the top?

“The Sassa contract forbade CPS and its subcontractors from using the beneficiaries’ information for anything but paying grants. But other companies in the Net1 group are using the beneficiary data to seduce them into signing up for bank cards which allow Net1-associated businesses to extract deductions for loans, electricity, airtime and insurance, etc, trapping South Africa’s poorest in a cycle of debt. Net1 is responsible for most of the R550m that comes off beneficiaries’ bank accounts every month, court papers show,” McKune reported.

• In late September DA shadow minister of social development Bridget Masango made an inspection visit to the Eastern Cape. In Tsolo, social security agency workers reported that illegal deductions from social grants are ongoing. The elderly sometimes get as little as R70 from a foster care grant of R920. Some old age grant recipients received R850 not R1,610.

“Green” cards – issued by Net1 associate Grindrod Bank – allow these deductions. Most recipients did not know they can refuse green cards in favour of the white Sassa cards that don’t. Late at night at the local hospital grant recipients were waiting for midnight to withdraw their money before the illegal deductions could take place.

“The poor and needy are being pushed deeper into poverty and hopelessness,” Masango said in a statement.