Baking Board, a town in Queensland, population 97, and Boomanoomana in New South Wales, population 99, have the highest proportion of “ordinary” Australians – three each. They have Australian-born parents, are Christian, live in a registered marriage in a three-bedroom house with a spouse and two kids, have a mortgage, two cars and a family income fitting the national average. And, of course, have English ancestry and speak only English at home. There are only 5,782 of these extraordinary ordinary people in Australia according to the 2016 census – they represent just 0.02 percent of the population – yet their influence is huge as politicians use the stereotype “ordinary Australians” as a mantra to justify their pitch to narrow-mindedness.

Just as feared, the same-sex marriage postal vote (cost: $122 million) has brought the nasties out of the woodwork. The Antipodean Resistance (I was too scared to look online for fear of what might pop up in my future feeds, so am quoting other media), described as “An Australian white power group, whose members pledge allegiance to Hitler during secret radicalisation camps”, often held in forests, has been linking gay marriage to paedophilia in posters put up in universities, shopping centres and schools with high Asian populations. Membership is limited to young white men in their teens or twenties “able to take a hit” for their beliefs. Gay men or those in relationships with people who are not white cannot join.

Then there are stories like that of the committed gay couple who oppose gay marriage and predict the vote could be Australia’s Brexit or Trump moment of truth, when everyone we expect to vote yes votes no, or the serious scholarly articles about what the Bible really says on the subject. Apparently, the story of Sodom and Gomorrah, “long associated with biblical condemnation of male homosexual sex, is actually about gang-rape. In this story, the men of Sodom seek to rape two visitors (who are actually angels). Their host, Lot, defends them and offers them protection in his house, but offers his virgin daughters to be raped in their place.” OMG, did I really need to know this?

So it goes, stirring the pot, the media exploring every peculiar angle, having a field day filling pages and airtime with this divisive debate, while North Korea (which is not that far away) twiddles its nuclear thumbs.

Some other questions discussed around here, along with whether dual citizens should be allowed to hold political office: Does an employer have the right to ask a woman potential employee if she intends to “reproduce”? Are the gifted and talented neglected in our classrooms? Whose sense of entitlement annoys us more, those welfare cheats who should be rooted out, or wealthier tax dodgers?

A homeless man living in a recently demolished camp in the city wrote in The Guardian: “The closest feeling to having nowhere to stay for the night is that of a broken heart. It is a feeling of abandonment, of rejection and loneliness. When you are homeless you feel rejected by all, not just by another.” 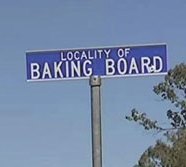 nants in 30-storey public housing commission towers in Waterloo, under threat of demolition for “revitalisation” by the state government (we all know what that means), have turned them into a glowing artwork on the sky-line. Nightly, about half the 480 windows are lit by five metre strips of LED light with remote controls that allow residents to make their windows change with all the colours of the rainbow.

Running for the bus just the other day, your columnist was publicly chastised and genuinely humiliated by the (ostensibly well-meaning but nanny-state) driver who told her off for setting a bad example for children who might copy her and get run over. And she had been so proud of her efforts, beaming at everyone as she boarded, although panting and out of breath. Then, horror of horrors, for the first time, a younger person stood up for her. Next, on the train, she was roundly criticised by a self-righteous eavesdropper for gossiping with a friend about a difficult man and the woman he’s involved with – women ought to stand together and are our own worst enemies, said she of the wagging finger.

After that, I’m too frightened to tell you who I was gossiping about.