Are you a corruption fatigue sufferer? Got dem underworld blues? Or maybe a simple case of fatigue fatigue? If oppressed by any of the above, do not read this book. It will confirm your worst fears. And it will do so in a well-informed, thoroughly researched manner. Criminologist Mark Shaw knows who dunnit. And the likes of author  Jonny Steinberg of Numbers fame are impressed by his sober analysis of the startling facts. For those of us who live in bubbles of suburban calm, he describes a crazed parallel world of mafia killings, booming drug empires and profound corruption.

It seems the rot began during the innocent joys of the 1994 rainbow period, which allowed villains to exploit a permissive mood. Taxi empires flourished, and ruthless taxi bosses soon ruled like medieval thanes, killing off rivals with almost predictable regularity. When their muscle gangs became embarrassingly bloodthirsty and unruly, the bosses economised sensibly; nowadays the murders are committed by individual gunmen who earn up to R125,000 for a significant hit. These loners return to the shadows, disdaining the bosses’ displays of opulent consumption. The real money comes from the enormous drug trade, as sustained by the taxi business on a national scale, moving the goods efficiently, while almost incidentally doing good business with actual passengers. Shaw has impressive credentials, as director of the Global Initiative Against Transnational Organized Crime, and senior visiting fellow at the London School of Economics and Political Science’s International Drug Policy Project. He was previously National Research Foundation professor of justice and security at the Centre of Criminology at the University of Cape Town, where he is now adjunct professor.  He mentions, in passing, an initiative from the old political order which eventually provided valuable information: the training and deployment of several deep-cover agents to infiltrate criminal groups.  Two of them supplied valuable information for the book. As the tectonic plates of politics shifted, it wa 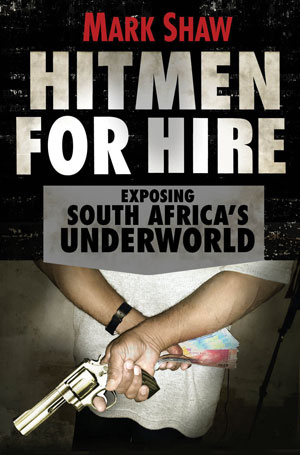 s recognised that nascent forms of organised crime were often built on established political-criminal networks, both within the state and those fighting to overthrow it:  “ … today, the South African state is weaker in its capacity to fight this complex criminal challenge than perhaps at any point in its history.” Further: “The Scorpions were to run foul of political, criminal and bureaucratic interests after investigations threatened members of the ruling ANC, and the unit was seen to usurp the role of the police and its then powerful National Police Commissioner, Jackie Selebi.” After Selebi’s disgrace, the Scorpions were replaced by the Hawks, whose poorer efforts give growing evidence that the unit is used as a tool for the interests of President Zuma.

Shaw says the high number of assassinations currently suggests that the leadership of criminal organisations is unstable. That should offer opportunities for a coordinated state response to break down the potency of the criminal underworld.“Sadly, though, this has not occurred – partly because different factions within the underworld have achieved linkages to the upperworld, thereby protecting themselves”. Has the secret state, even unwittingly, become part of a symbiosis of collective interests that maintains the underworld’s status quo?