Stung by a WASP

Pain in the pocket from being stung by a WASP.

Eight years ago Noseweek ran a cover story headlined: Warning: your cellphone is a pickpocket (nose118). It revealed that Vodacom and other networks were making a fortune from so-called content providers, or WASPs (Wireless Application Service Providers), to whom networks were happily paying fees from their clients’ phone accounts – often without the client’s knowledge and consent.

It appears nothing has changed since then. The scam has been just too lucrative to lose.

When examining my August account from Vodacom, I noticed that under “calls-data services” I had been charged R201.71 for “content services”. 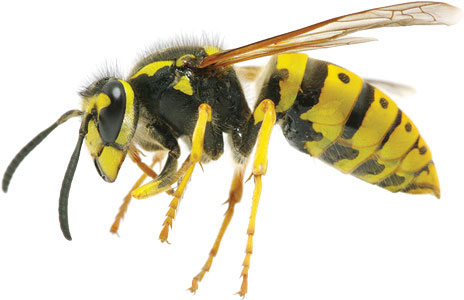 Since I didn’t have the faintest idea what that meant, I got onto Google and keyed in “content services Vodacom”.

What an eye opener! There are pages of horrific tales of how Vodacom, MTN and Cell C are cosily in bed with WASPs which, without your authorisation, charge you for some or other obscure service.

Vodacom accepts these charges and adds them to your stop order account.

The buzz (pun not intended) is that many WASPs are run by ex-employees of cell networks who have sweetheart arrangements with their former employers.

I discovered that if I sms STOP ALL to 31050 Vodacom will have to cancel the WASP.

This I did and got an immediate response from Vodacom: “You have been unsubscribed from ANDROIDP service w.e.f.2017-08-22.”

I Googled “Androidp” but couldn’t find any meaningful information on it so my wife and I took ourselves 30 kms down to the Vodacom shop in Victoria Street in Pietermaritzburg.

There we asked what the content service charge was all about and could we please have our money back.

We were virtually told “hard cheese”  – if we wanted a refund we would have to lodge a written complaint with the WASP Association.

So I got onto the WASP’s nest and lodged my complaint.

They in turn forwarded my complaint to the relevant WASP, advising them that I wanted to be unsubscribed, wanted proof of subscription, a refund and an SMS when unsubscribe is complete.

WASPA told me I should allow five days for resolution of my request.

I Googled them and found a litany of complaints, some from overseas, from people who say they have been blatantly scammed by this outfit. And this has been going on for years.

Vodacom must know these WASPs are dodgy, yet they happily remain in bed with them.

The five working days promised by WASPA have long gone, and with zero progress, I wrote to them again to tell them nothing was happening and, by the way, did they actually have any control over their members?

Surprise, surprise, not even a buzz. 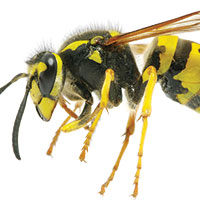 I was now worried that perhaps I hadn’t been unsubscribed so I sent another STOP ALL to Vodacom and blow me down, I got a response telling me I had been unsubscribed from “Moxigames Service” – whoever the hell they are!

My next move was to phone Vodacom on 082111 and tell them my tale of woe. The lady’s immediate response was to refer me to WASPA at which point I got a bit rude and told her that it was a Vodacom problem to sort out on behalf of their customer. She then asked me to hold while she consulted with the “back office”.

Eventually she returned and said the back office would deal with it and send me an email and an SMS.

Days later, having heard nothing, I phoned back to find out what was happening and was told that it would take between 48 and 72 hours for them to respond.

Next day I got the following – obviously automated – message from the “WASPA unsubscribe system”: “According to our records, all of these WASPA members have confirmed that they have either unsubscribed your number from any of the services they run, or they have confirmed that you were not subscribed to any of their services. Based on this, we think that your request has therefore been resolved.”

The cheek of it! What about the money they have stolen from me?

I replied: “If you think my request has been resolved, I suggest you think again. I suspect you get hundreds of complaints like mine that you do nothing about and hope will eventually go away. I bet you have many WASPs like Opera Telecom who, like a pack of hyenas are preying off unsuspecting cell phone users. These crooked WASPs probably live like kings off prepaid clients who don't get a bill and have no idea they have been stung.

“My guess is they are allowed to continue with their criminal activities because Vodacom is getting commission from every scam payment and you are getting annual membership fees.

“Please tell your intrepid WASPA team to get back to the drawing board and GET MY MONEY BACK!”