Ineffable mysteries. Of Trump and hoodies

Hello Nosey ones. Okay, what is happening in the world of my Umjindi worth writing about? Well, sad to say, not much at all – though perhaps not sad since most of the time it’s absolute rubbish that we must bring to the forefront. Right now I’m more interested in looking at the outrageous presidential powers bestowed on our singing prez as well as the outrageous presidential orders the US President is allowed. The two have quite a lot in common really, and it has become clear to voters, whether across the Atlantic or here in Mzansi, that our constitutions have given these men way too much power.

Naturally Time has been covering the Trumpster – the American President, by the way – since his shockingly successful election campaign. The mag has given us an in-depth breakdown of the cabinet. Man! Oh man! The White House has reverted to the whitest cabinet not seen in America’s presidency in a long time. 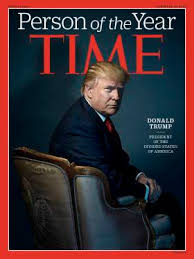 Nosey ones, I could not help conclude that we all misunderstood the Trumpster’s election campaign slogan. When the Don said “Make America great again” he must have actually meant “Make America white again”. After all, he took over from a black president, so this would make sense. Gone are the days – at least during Trump’s tenure – of the Colin Powells or Condoleezza Rices. Now it’s blue blood all the way. Man oh man! This cabinet is whiter than a heavy Washington DC snowfall during the heart of winter.

What does the Trumpster have in common with our singing prez? Both of these men have way too much power – the Don with his presidential orders and our bosom-buddy-to-the-Guptas with his power to appoint Ministers.

This is too much power bestowed on these men or the president’s office.  Now it begs the question: why, aren’t our opposition parties and other bodies that would like to see Zuma go crying out for an amendment to our Constitution in order to diminish the powers of the President – powers that  can be easily abused, as we have seen.

You’ve got to give it to the Americans – at least the individual states can opt not to abide by the Don’s presidential orders. And cabinet appointments must go through a rigorous senate approval process. Clearly, we do not have such checks and balances and those few that we do have can be easily overridden by the ANC majority in Parliament.

Opposition parties are certainly missing the boat. They should rather be making noise about amending the Constitution to curtail the powers of the President’s office instead of fighting a battle they cannot win – eg these useless votes of no confidence and the over-done marches that many a South African seems bored of.

Here is the reality: Zuma will not, seemingly, be removed by these tactics and only the ANC can recall him. So why continue with a losing battle when another battle plan should be drawn up. Rather lobby to limit or amend the presidential powers.

In fact, we should be thanking Zuma for waking us up to the reality that our President’s office has too much power. It’s no longer about Zuma anymore but rather the office itself. Who is to say that we will not get, from whatever party, another President who will also abuse the powers bestowed upon him or her? At least the Trumpster is driven by a diehard patriotic approach, which many have described as lunatic, but patriotic nonetheless. While our prez seems driven by personal and family enrichment.

There is so much being blamed on racism today that the whole notion of  the racist tag is becoming quite a bore, if I may say so myself.

Back to Time. Reading the February/March edition, I came upon a piece about a budding American comedian- turned-horror-movie director named Jordan Peele. The piece highlights a scene from one of Peele’s movies and says, “The film’s opening scene recalls a sketch in which white people nervously summon their children inside as Peele, in a hoodie, walks past their homes”. Peele is quoted as saying, “The conventional dynamic people understand is white fear of the black neighbourhood...”

Oh spare me the bull please. This hoodie thing is out of control. If it’s a fashion statement then that is one statement that clearly says be afraid of me, whether that hoodie is worn by a black or white man. What people like Peele need to be asked is, why are you wearing a hoodie in the first place, regardless of the neighbourhood you are walking through? Of course the piece does not describe whether the movie scene was a winter one because if it was, then the hoodie thing could be understood.

I have noticed over the years the popularity of wearing hoodies among some township youth and two thoughts come to mind: why the heck are you wearing a hoodie in the scorching Lowveld, African sun? And yes, you represent an intimidating figure that implies criminal intent.

I recall taking a nephew under my wing who had the habit of wearing this hoodie thing. My reaction was simple: take that damn thing off your head. We’re delivering newspapers not going on a mugging spree. He complied.

When it comes to our youth I ask myself, What happened to home discipline? Why would a mother or grandmother allow their school-going son to leave the house wearing a hoodie? Dumb question on my part. Clearly today’s youth don’t pay much heed to their mother’s disciplinary measures let alone that of their gogos.

So what is the solution here? Only fashion houses and clothing retailers can save us. Stop selling these damn things. Who needs a hoodie in South Africa other than criminals?