Documents are disappearing from the Kwazulu-Natal High Court in Durban because some attorneys smuggle them out, while some judges are keeping high-profile files away from public view.

These were among the explanations Noseweek received from the Durban High Court Registrar Louise Bothma after documents, including four lever-arch files, disappeared from the court.

The files went missing on 23 January and it was only after sustained pressure by Noseweek, including a letter to the KZN Judge President Achmat Jappie, that the documents – totalling more than 1,700 pages – reappeared on 13 February. 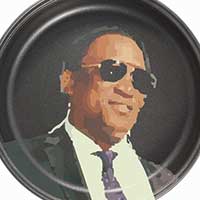 Except that then, one key document was still missing – the Mpisanes’ replying affidavit – which should have been filed on 23 January, as ordered by Judge Kate Pillay in the high court on 17 January.

Registrar Bothma said that the Durban High Court was not unique when it came to files disappearing.

“If it is high-profile it’s even possible the judge has kept it, as he wants to keep it away from the media.

“They won’t tell you that,” said Bothma.

“The only other explanation I’ve then got is that, you know, attorneys can come any time and look at their files. Here I am sitting with files that came back to us after they went off-site by the attorneys which they are not allowed to do.  I have criminal cases against them (now)”, said Bothma.

The court record consists of two parts – four lever-arch files and a brown file which is a summary of the lever-arch files. They contain documents including confidential tax records, an assets register, trust documents, a 128-page founding affidavit and contract documents.