In December 2012 Noseweek’s book reviewer found it necessary, despite it being the season of peace and goodwill, to review Barry Sergeant’s 469-page exposé of the Byzantine criminal shenanigans of Brett Kebble – although, as the reviewer acknowledged, it was hardly festive reading.

“In a sense, the wicked frauds perpetrated by the ingenious Kebble and his cast of accomplices are too big for South African comprehension and action,” the reviewer wrote. “The scale of the R26-billion fraud is clearly too daunting for officialdom to handle. Besides, many fingered by Sergeant are powerful and influential players. The murder of Kebble in 2005 remains a mystery, and, like various other loose ends, is likely to remain so.” It’s issues like that, the ones everyone else found too daunting, that Barry saw as a provocation to action. No matter what it took, or who it offended. He was critical of the liberties habitually taken by lawyers and bankers, because he could afford to be: he had himself been a lawyer and an account analyst.

He was a Noseweek sort of guy.

While elsewhere Barry was unravelling Kebble’s Byzantine corporate schemes, Noseweek was unpacking his shockingly self-indulgent character and lifestyle – and challenging the revenue authorities’ extraordinarily benign view of his failure to pay any tax. We could only guess why he had it so easy on the tax front until we discovered that amongst Kebble’s many acquisitions were several ANC Youth League leaders (for a few Ferraris, a mansion here and there and a cuppla millions in cash).

Kebble’s willingness to “produce the goodies” had made him the most influential white man in Africa, we said in our first profile piece published in 2004.

But it took a while longer for Barry Sergeant to pop round to Noseweek to say hallo. 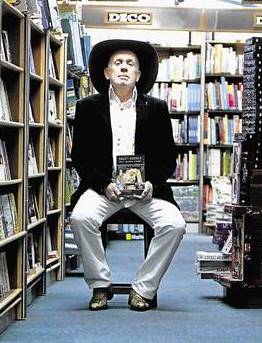 The first piece he wrote for Noseweek appeared in nose178, published in August 2014. The story teaser reads: “Randgold as explosive as the Arms Deal. Investec claim they are, effectively, free to benefit from crime.”

You need only read a few of the teasers for his stories in Noseweek over the ensuing two-and-a-half years to appreciate the quality and character of his journalism:

Nose185, March 2015: “A careful scrutiny of BEE deals shows that individual enrichment is at the core of most, if not all, of them. The US$64m-question is whether the individuals in any particular deal have elsewhere concluded silent, unwritten deals. Why do obscure foreign-owned entities so often appear, seemingly from nowhere, to participate in major BEE deals?

Nose189, July 2015: “The minutes that Investec wants obliterated from the history of the world.”

Nose200, June 2016: “The judgment in Vodacom vs Kenneth Makate has been applauded as a victory for the small man, a case of David versus Goliath. True but misleading. This David would never have reached South Africa’s judicial battlefield had he not had the backing of some serious financial musclemen.”

Nose204, October 2016: “Maduna’s battle with his ex-wife unearths a curious patronage gratuity worth more than a quarter of a billion rand. Was it a payoff for…?”

All Barry Sergeant’s obituary writers refer to him as somewhat eccentric, a bit of a cowboy. His eccentricity, it emerges, was reflected in his preference for wearing flash riding boots and a cowboy hat. He was a romantic idealist. In this Wild West he saw himself as a bit of a cowboy – but a good one, able to lasso and bring down a long-horned bull on the run.

In the days after his death, friends and admirers have wished him rest in peace. On the contrary, I see him in that other place, dressed in his boots and hat, walking in the veld with his beloved dogs, squinting at the sky, breathing deeply and thinking: how next do we skewer the bastards?

We’ll make sure those bastards don’t quickly forget you, Barry.

This issue of Noseweek is dedicated to his memory.