How to fight insurance claim blackmail.

The revelation (in nose208) that Outsurance had been up to its tricks in New Zealand – “Outsurance’s Youi hooey” – came as no surprise to me. The only surprise was that the Outsurance subsidiary, Youi, has actually been ordered to pay a R3.08-million fine in the Auckland District Court for its false or misleading representations, for false or misleading statements made by its telesales people, and for illegally debiting consumer accounts.

It seems that the leopard doesn’t change its spots – even if it migrates to a foreign land.

Some years ago I was approached for help by an elderly man, Israel Joffe. He was insured with Outsurance and had had various pieces of electronic equipment, including a microwave oven and a video machine, stolen from his home.

Outsurance sent an “investigator/loss adjuster” to his home to take a statement from him. Instead, he found himself being interrogated on the minutest details of the missing equipment – and was unable to answer any number of arcane questions.

“What is the welcome message on the screen when the video player is switched on?” he was asked. He simply could not remember.  “What is the cubic capacity of the microwave?”  He had no idea. How would he know?  That’s kitchen stuff and he never does anything in the kitchen.

Next day Outsurance sent him a letter repudiating his claim, cancelling his policy and informing him that they were about to lay fraud charges against him.

It was at this point that an extremely distressed Mr Joffe came to see me.

I phoned the head of the loss-adjusting department, to be told that their file had already been passed on to Legal.  The head of Legal agreed to meet us to discuss the matter. On the appointed day, Joffe was there, I was there – but Outsurance did not pitch. No explanation or apology was offered.

When I phoned to inquire I was told the case had been sent back to the loss-adjusting department. We were back where we had started. There I was again confronted with the original loss adjuster who, in an outburst of charm, told me that he was tired of me and was going off to lay fraud charges against my client. Which was strange since, in their letter of repudiation sent to Joffe two months earlier, Outsurance had threatened that they were about to lay fraud charges.

I was simply being fed the standard blackmail line to shut me up. I suspect he was surprised when instead I invited him to waste no time in laying charges and promised I would expose him and his company as blackmailers – and see that they were sued for the appropriate amount in damages.

My last words to him were: “Run off and lay your charges as quickly as your little legs will take you. I need the money.” The net result of this was that they realised their bully-boy tactics were not working and Joffe received the following letter:

“As stated before, we regret any inconvenience suffered by you or your family. After evaluating all the information, we have come to the conclusion that you were treated unfairly and wish to apologise for this. We acknowledge that an apology does not always correct our mistakes made, but hope that the settlement of the claim was to your satisfaction. We further wish to invite you and your business back to Outsurance in order for us to prove to you that we always aim to deliver.”

A similar scenario played itself out in Outsurance v Collison. Michael Collison, an architect, had been the victim of a fire which destroyed his Johannesburg home and all his possessions. Again Outsurance had put a substandard investigator on to the job and, on the basis of his worthless report, had repudiated Collison’s R2.2m claim.

This was after René Otto, the claims manager at the time, had called Collison to the head office in Centurion where he tried to browbeat him into withdrawing his claim by informing him that the company “had reason” to suspect arson. Again the offer was made: “Withdraw your claim and we will not pursue criminal charges”. This offer was itself a criminal act. One is not allowed to bargain away criminal charges for pecuniary gain. It is called compounding and it is a sub-species of blackmail.

The matter was duly enrolled at court and on the second day of the hearing, a second meeting of the opposing parties’ experts was requested by Outsurance. At this meeting, I confronted their expert (alas, now deceased) and his expert summary unravelled like a cardigan with a loose thread. He pleaded with me to do a joint minute so that he could quietly withdraw the summary of his expert evidence previously filed at court. The merits of the case were settled there and then – to the great annoyance of Outsurance.

Roll forward a few years to the case of Mrs Mina Silver  of Fairways,  Illovo, Johannesburg who, in June last year had her flat broken into, her small safe crowbarred open, and a fair amount of jewellery and other personal items stolen. Enter left stage a new generation of Outsurance assessors, who called at her home and proceeded to subject this elderly widow to what would appear to have â€¨been a third-degree interrogation that lasted an entire day.

“Actually, no, that was a mistake – I have since found it,” Mrs Silver told them. “Look, I am wearing it! My parents gave it to me for my 21st birthday.”

That was all they were looking for. She was not, as she thought, making an honest correction. As far as they were concerned, she was confessing to having told a lie in her claim – grounds for the insurer to repudiate the entire claim.

Within no time the standard letter repudiating the claim and cancelling the policy was delivered to the dismayed widow. After all, you always get something out, even if it is a nasty surprise and a repudiation.

She turned to me for assistance and I phoned the in-house legal adviser. He informed me that the client had made a confession. I, being a reasonable man, asked for the confession, which was sent to me. The one thing it was not, was a confession. I asked for the transcripts of the entire interrogation.

The net result was that Outsurance quickly reversed the decision and paid – but not before they had tried a couple of sharp moves on the quantum (payout amount) which I rejected on Mrs Silver’s behalf. 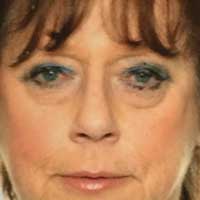 For the thousands of Outsurance clients out there, be cautious about the way in which Outsurance settles or doesn’t settle claims. It is one of a group of insurance companies who cut the broker out and sell direct. With no broker to look after you, you may find yourself vulnerable to unpleasant and shady tactics such as have been recounted here.

You have been warned.

Small claims are usually settled promptly. With bigger claims, there seems to be a more hardball approach.

♦ Dr David Klatzow is a forensic scientist and the author of Steeped in Blood and Justice Denied.