When, oh when do we see JCI's accounts?

Why hasn’t the JCI published audited annual financial statements since 2012? Noseweek has been asking that question for years, most recently in September 2016.

Through the years JCI’s directors and auditors KPMG have stated from time to time that the accounts would be forthcoming “soon”. Most recently, on 9 May 2016 they advised shareholders that the audited accounts for 2013, 2014, 2015 and 2016 would be published in the second week of August 2016. They weren’t.

For some mysterious reason they have still not been published.

Now the minority shareholders in the JSE-listed Randgold & Exploration Company (Randgold), who are involved in suing JCI’s “caretaker”, Investec, for billions, have joined the clamour.

Once the mothership of the late Brett Kebble, JCI, while still under the direction of Kebble, looted Randgold (a public, listed company also under Kebble’s direction at the time) of its share portfolio. Aided by bankers and brokers, JCI then sold the stolen shares, raising a total of R1.9 billion. The money was used to fund the JCI’s misguided plans to develop the South Deep gold mine and, of course, to fund the life of excess enjoyed by Kebble and his close friends in the ANC.

Noseweek has detailed the events that followed Kebble’s death (he was shot by paid assassins in September 2005) and the extraordinary machinations employed by his partners in crime – including Investec – to cover up their appalling conduct and avoid having to make good Randgold’s massive losses.

Whatever it took, they had to prevent Randgold from forcing JCI into bankruptcy, which might have exposed the conspirators to the risk of an insolvency inquiry, where a raft of highly irregular if not illegal commercial transactions committed by Investec and others would likely have been unearthed.

As part of their sinister strategy – spearheaded by Investec – they engineered the corporate capture of both the perpetrator/beneficiary (JCI) and the victim of the theft (Randgold): Investec and its allies contrived to gain control of the boards of both companies and were so able to prevent Randgold from asserting and legally enforcing multi-billion-rand claims against the wrongdoers, that included JCI, Western Areas (now Gold Fields Operations), Investec SA and Investec UK.

By means of general obfuscation (such as the non-production of audited annual accounts) they hoped to deprive their enemies of information which might have assisted them in pursuing Randgold’s legitimate claims.

With Investec and Peter Gray (who, as head of Kebble’s stockbrokerage, had overseen the sale of the stolen Randgold shares) in control of both companies, they were able to stage what appeared to be mediation proceedings between the two, lending an air of legitimacy to Randgold’s acceptance of a pitiful settlement offer founded inter alia on false representations of the value of JCI shares.

Randgold’s claim of R19bn at the time was settled for R600 million in January 2010. The purported settlement value was R900m but that included JCI shares valued at R300m in the settlement circular, which were, in fact, valueless.

For their assistance in carrying out the plan, both the former CEO (Peter Gray) and current CEO (Marais Steyn) of Randgold received multi-million-rand bonuses. 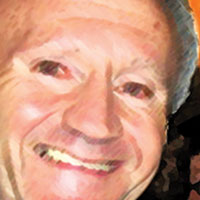 Investec simply cannot afford to lose control. On Kebble’s demise in 2005, it ensured its lapdog auditors, KPMG, were installed at JCI and Randgold. It is possible that KPMG may have developed a conscience or a heightened sense of self-preservation, and now refuses to sign off on the accounts.

Some good news for Randgold minorities is that various regulatory and associated authorities are starting to look at the case. After more than a decade.