DEFIANCE: The Life and Choices of Lady Anne Barnard
By Stephen Taylor
(Faber)

TRAPPED: A Strong Woman’s Triumph Over Abuse
By Sam Scarborough
(Human and Rossouw)

It was the best of times, it was the worst of times… Two formidable women record vividly contrasting new lives and relationships in foreign lands. One Scot went to Cape Town in the 18th Century, one South African went to London, oh, maybe a year ago.

It wouldn’t do to read the biography and autobiography in tandem, but there is a certain hectic charm in switching occasionally for cultural shock value. Both blondes led eventful lives, in very different social categories. Anne, previously known to South African history teachers as a “merely” gracious and observant hostess, is now revealed as a fascinating and courageous woman. Six volumes of her diaries, which languished in family archives because she required that they should never be published, now reveal a remarkable adventurous character who seized joy in Africa. 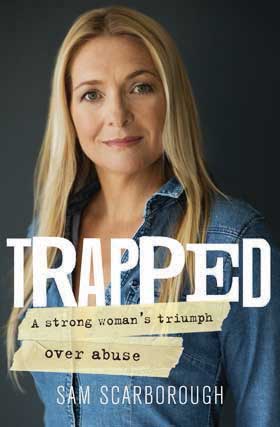 Sam Scarborough is of another species. A successful business executive, in search of the romantic ideal, she records, in painful detail, her furious disillusionment with the man who persuaded her to leave her South African homeland for a difficult new life in London. Her diary lists in angry detail the personal transgressions of the hard-drinking, often generous, but flawed man who promised so much. And failed.

Sam’s dream is destroyed by the realities of contemporary London life. And those of the man who tempted her to join him there. Sam and her young daughter discovered that sharing the life of a divorced father of two, put heavy urban pressure on both families. The man is unequal to the situation. Weepy with misery, Sam decides to take her revenge: every single transgression committed by him is recorded in a diary listing the weeping, the spats, the sneak checks on telephone calls, and e-mail, the rows over boisterous pub friends. The facts are the facts, but meticulous listing of peccadilloes does not bespeak divine forgiveness. Suffice it to say that few of us could survive such microscopic observation. What was that about familiarity and contempt? 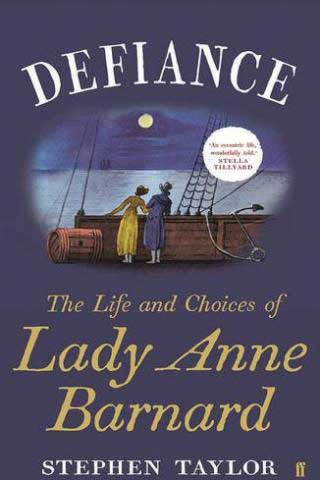 Meanwhile, back in the 18th Century, the lively Anne has enraged her ambitious Mama, who believed that the daughter of an impecunious Scottish peer owed it to her family to marry well (i.e. profitably). But Anne scarpered to London instead and became something of a social sensation:  in no time she was matey with the future George IV, and various leading figures of the day proposed holy matrimony. The advances of a rich banker, and of powerful politician Henry Dundas, were politely declined, in favour of a doomed passion for William Windham, also a politician, who had commitment problems unfortunately, so nothing came of that. But her loss was Africa’s gain.

At the age of 42 she startled English society by marrying a poor man who was 12 years her junior. Andrew Barnard was appointed secretary to the governor of the new British colony of the Cape. As readers of previously published fragments of her diaries will know, they lived contented and active lives in Cape Town, with many explorations of the hinterland. One of the most charming memorials of Anne is the Vineyard Hotel gallery in Cape Town, which is given over to a display of framed diary quotations and illustrations.

Parts of the beloved original house in which the Barnards lived is the heart of the hotel, with its magnificent mountain views and lush gardens.

Hospitable Anne clearly relished her new life at the Cape, and never regretted the move or the marriage.

Poor Sam clearly suffered mightily for her foreign affair. On the other hand, it would be interesting to hear the man’s version of events.