Gifted. The good, the bad, and the ugly

Father Christmas and Donald Trump may seem a peculiar pairing but, in the church of publishing, anything goes during the gift-giving season. And so The Donald (as he was respectfully addressed by the exotic former Mrs Ivana Trump) features among a bizarre range of Yuletide offerings.

Yes, yes, we know you’ve just about had Big D up to the gills, but perhaps Trump Revealed (it seems only right to capitalise the name) – An American Journey of Ambition, Ego, Money, and Power will go some way to explaining the ginger phenomenon who has been bawling at an incr 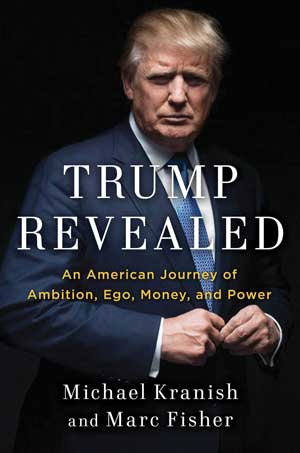 edulous world in seemingly the longest political campaign since the 100 Years’ War.  It’s an authoritative Washington Post study, published by Simon and Schuster, and compiled by investigative staffers Michael Kranish and Marc Fisher.

And yes, this is the real thing: it’s investigative in the true sense of the word. Every four years, the blessedly serious Post spends resources, time and money checking on the background and character of presidential nominees, examining their records in order to predict how they might behave in power.  Would that we had done likewise before Polokwane. But then, the report would probably have been “mislaid”.

The creators of Trump Revealed had to cope with a peculiar problem: both parties’ nomination troubles dragged on for so long that the editors decided to proceed without knowing the outcome of the election. So armies of reporters did meticulous research into comprehensive studies of both Donald Trump and Hillary Clinton.

Trump presented a unique challenge: he was the first party nominee in more than half a century to achieve that status without having held elective office. Accordingly, the Post felt it necessary to assign more than 20 reporters, two fact-checkers and three editors to examine The Donald’s colourful life, thus far. The result? Essential reading for those who wish to comprehend the Trump phenomenon.

Or, some readers might want instead to pore over Where’s Trump?, a vividly colourful little book which would look perfectly at home on the kiddies’ shelves. The cover lines adjure us to “Find Donald Trump in his Race to the White House’’ and the crazy oompahpah showbiz of the campaign is rendered in brilliant colours. If you look ever- so carefully, children, you might find a tiny reddish hairpiece tucked away in one of the crowded illustrations. Artist: Anastasia Catris (Orion).  Warning: “This book is a parody and has not been prepared, endorsed or sponsored by Donald Trump”. No kidding?

Meanwhile, in another corner of the literary world, delight awaits discriminating John le Carré people. John le Carré The Biography, by Adam Sisman (Bloomsbury), was published abroad some months ago, but has only lately reached these parts. 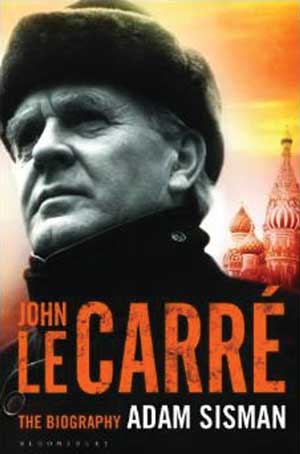 It’s well worth the wait. International critical praise has been lavished on this brilliant and unflinching gaze at the life and times of the spy who wrote The Spy Who Came in from the Cold. And who better to write the biography than Le Carré’s trusted long-term publisher. Sisman’s Boswell’s Presumptuous Task: The Making of the Life of Dr. Johnson won the US National Book Critics Circle Award for Biography, and the clear-eyed, perceptive job he has done on Le Carré deserves high honours.

Anyone seeking a compelling and substantial holiday read could do no better than this fascinating insight into the mind and character of the enigmatic Le Carré.  Even more intriguing, in a bizarre way, is the character of his shameless rogue father. There have been hints in the past of this corrosive influence, but the biography reveals all,

It ain’t pretty, yet the sheer cheek of the randy crook who embarrassed his children over years of see-saw rags and riches capers provides clear evidence of the origins of the novelist’s perception of wickedness. Daddy  Ronnie Cornwell (the real family surname) was a high-living villain who cheerfully ripped off pensioners, the naïve and anybody else who made the mistake of trusting him with a little loose change. Or a lot.

Speaking of bizarre, King Solomon and the Showman – The Search for Africa’s Lost City (Tafelberg) by Adam Cruise is an astonishing curiosity. We proceed sedately at first with happy African camping and gazing at nature’s wonders, then, Abracadabra! we meet The Great Farini. It turns out that this  extraordinary Victorian showman, who dazzled audiences with freak shows in Europe and America, was obsessed with finding the fabled lost city. Incidentally, this flamboyant and dramatically cloaked figure invented a cunning device for launching human cannon balls. So useful. He made a lot of money in the circus business and eventually swept off to mount a search safari which unfortunately failed to find city or fabled treasure. Author Cruise is wryly aware that Farini (real name possibly William Leonard Hunt) was

a bit of a fantasist, and perhaps his tale of African exploits lacks certain verities.

Two very brave women feature in the bookstores right now, and both deserve the highest praise. Helen Zille – Not Without a Fight is an honest, well-written and quietly courageous autobiography of the Western Cape premier. Her struggles, from modest beginnings to doughty battle for clean government, shame the lazy and crooked politicians. There is a rare tenacity, a steely quality to her, that daunts wicked detractors. The fact that she is a happily married mother of a confident and functional family confirms her strength.

Emily Hobhouse – Beloved Traitor (Tafelberg) by Elsabé Brits is a handsome labour of love. Hobhouse has always had her admirers, but it seems that the true worth of this noble woman, who challenged the loftiest figures in the British empire and colonial establishment in her battle to reveal the horrors of the Anglo-Boer war concentration camps, is only now being appreciated.

Author Brits retraced her heroine’s travels and, in Canada, discovered, a trunk full of letters, hand-written notebooks, scrapbooks, and assembled a stylishly designed and lively tribute to a memorable human being. It seems hell hath no fury like a virtuous woman provoked.

Dear Editor
Readers are agreed something's terribly wrong at Telkom. Billing is a mess, help lines don't ...
Someone has to pay for the news
It is true that the United States of America cares little for world news. ...
Binary options: Beware of the dog!
Ads promoting a global internet scam, now "dressed up local" to appeal to gullible South ...
It's a giant international scam
Brits are losing millions to UK’s biggest con while the government stands by. By Abigail ...
Angry patients sue hospitals for billions
Grief and trauma as over-worked and under-qualified medics struggle to cope. Angry hospital patients are ...
The killing cost of insurance cover for doctors
Claims against the state for bungled medical procedures in state hospitals have reached  ...
Sky-diving tenderpreneurs risk crash-landings
Airports executives flailing in a welter of bribery and graft. The controversy flying around the ...
Follow the money
On the trail of South Africa’s political assassins. It was a peaceful evening in the ...
SA at the tipping point
The coming year will be one of unprecedented protest, unrest and chaos as the ...
Why South Africa should resist the power of Big Sugar
The proposed tax on sweetened drinks will help improve public health despite overwrought opposition from ...
Gifted. The good, the bad, and the ugly
Father Christmas and Donald Trump may seem a peculiar pairing but, in the church of ...
Not rocket science
Monkey nuts.  Evolution, racism and science ...
New idea. Up under
A match made in heaven, a ray  of light in disheartening times. A tiny rural ...
Hunger Game. Amazing Graze
Yirra yissis man! seg ou Skollie van Schalkwyk to the girl at the takeaway ...
Classified ads #206 December 2016
FOREIGN HOLIDAY ACCOMMODATION ♦ LOCAL PROPERTY TO LET ♦ LOCAL HOLIDAY ACCOMMODATION ♦ LOCAL PROPERTY FOR SALE ...