The Green Scorpions have tightened the noose on a hazardous waste landfill in Hillcrest over concerns that there might be a correlation between malodours from the site and hundreds of complaints from surrounding communities alleging adverse health effects caused by toxic emissions.

EnviroServ, which owns and operates the Shongweni landfill site, was issued a Compliance Notice by the Department of Environmental Affairs last week for failing to comply with several environmental laws, including the Waste Act and Air Quality Act. The acts form part of the National Environmental Management system.

The company has vehemently denied any liability for health problems and said that if the department fully enforces its notice and closes the site, it will permanently close its KZN operation resulting in the loss of at least 300 jobs. 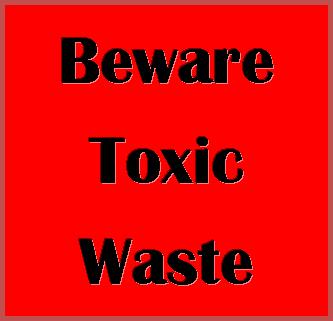 The landfill has been the source of anger for residents of Hillcrest, Shongweni, Dassenhoek, KwaNdengezi and surrounds, who say that the site has been emitting “toxic fumes” that are causing nosebleeds, sinusitis, bronchitis, nausea, vomiting, asthma and other illnesses.

In the notice, the DEA deputy director general for legal, authorisations, compliance and enforcement, Ishaam Abader, said: “The Compliance Notice embodied in this letter relates to the possible harm to human health, and degradation of the environment caused by the operations taking place at the Shongweni landfill.”

Noseweek has documented the plight of residents;  this month's issue contains a comprehensive piece on the site (see Stench warfare rages on).

The site is licensed to accept hazardous and non-hazardous waste streams such as industrial chemicals, condemned foodstuff, contaminated soil, and general household waste. Its clients include several KwaZulu-Natal industries.

Abader said the notice related to the facility’s alleged failure to comply with:

-       the requirements of the National Environmental Management: Waste Act 2008 (Act No. 59 of 2008) which regulated the handling, storage and disposal of waste;

-       the National Management: Air Quality Act, 2004 (Act No. 39 of 2004) which provides reasonable measures for the prevention of pollution and ecological degradation.

In the notice Abader states that after considering findings made by the Scorpions - who had visited the site unannounced and seized samples and documentation - “I have reasonable grounds to believe that you have contravened the law….”

Citing a 31 August site inspection, Abader said: “The continuous generation and storage of leachate at the facility, compounded with assumed ineffectiveness of the treatment methods applied at the facility, has the potential to negatively impact the environment and human health.”

Leachate is the liquid that drains from a waste site. It generally contains elevated concentration of undesirable material from the waste.

Abader said that since 18 August there had been a continuous spike in the intensity and number of complaints received by the DEA from communities neighbouring the site. “The intensity of the complaints now relates more to serious health impacts than simply an odour issue. As such, the Department is seriously concerned as there seems to be a correlation between the odours and health impacts.

“In addition to the above, EnviroServ has been aware of these issues since, at least, November 2015 and has been implementing certain mitigation measures which, to date, have not resolved the problem.”
From the date of receipt of the notice, EnviroServ had five working days to stop disposal of all Type 1 waste (hazardous) until the department confirmed in writing that the company could start accepting such again.

It had 24 hours to re-route all hazardous waste to alternative and lawfully operated landfills, disposal or treatment sites and had to provide the DEA with proof as to which sites the waste had been re-routed to.
Quantities of the re-routed waste had to be supplied to the DEA on a monthly basis until the company was informed in writing that the information was no longer needed.

All waste at the site had to be treated and, in particular, the pH of the waste had to be increased.
The company had 30 working days from receipt of the notice to ensure that all generated and stored leachate and storm water was disposed of at a lawful facility or treatment plant.

“All disposal/treatment options across the country must be explored and must not be limited to only those within the vicinity of this site,” said Abader.

The company had to furnish the DEA with proof and details of all disposal options explored within 10 working days, for approval.

Within seven working days, it had to contract a “suitably qualified health practitioner” to conduct a study focusing on the possible health impacts and wellbeing associated with the site.

The methods used by the practitioner would need to be agreed upon by the Department’s air quality specialists and a detailed report on the study had to be submitted within 60 days.

It had 14 days to contract a qualified specialist to do a technical assessment of the landfill within 30 days of appointment, and 60 days to submit a detailed report to the department. It had 21 days to implement proposals in the report after written approval from the department.

“Should you fail to comply with this Compliance Notice, you will have committed additional offences in terms of NEMA. Kindly take note that the designated Environmental management Inspectors from this Department are given wide powers…to investigate whether or not you are complying with this compliance notice, and to enforce the contravention, including the power of arrest,” said Abader.

Depending on the offence, the accused could be fined up to R10 million, 10 years imprisonment or both.
EnviroServ is legally entitled to object to the compliance notice within 30 days of receipt if it wants.
The company said, “We have no comment” when contacted by Noseweek.

Nevertheless, in its response to the DEA’s intention to issue a compliance notice, which was sent more than a month before the actual compliance notice was issued, CEO Dean Thompson said: “We deny all conclusions and allegations regarding unlawful or negligent conduct or omissions on our part.”

“We note, with grave concern, your potential intention to issue an order for the site to be shut down.

EnviroServ will suffer irreparable and material financial and reputational damage should such closure occur,” said Thompson.

The implications for EnviroServ’s clients would be “significant”, he said, “since there are so few hazardous landfill sites in South Africa”.

Thompson said that all of the actions detailed in the pre-compliance notice  [and subsequently the compliance notice] were already being undertaken as part of an 11-point plan agreed upon with the DEA in August.

Other industries in the area, “including the mushroom farm, multi fuel pipeline and sewerage plant (all of which are likely to cause odours)” should also be investigated for possible contribution to the malodour, according to Thompson.

If the site was shut down for even a limited amount of time it could result in the closure of the company’s provincial operations “and the concomitant loss of approximately 300 people”, excluding indirect job losses.

“In addition, in our respectful view, the closure of the site is likely to result in no improvement in the leachate quality,” he said.

Thompson said EnviroServ believed the communities lodging complaints were part of an “orchestrated campaign” that included the media, social media and environmental groups.  “Despite our long and compliant history in the community they may, now that there is an increased awareness of its existence, be considering a landfill site as an undesirable neighbour. We have noted numerous allegations on social media which are not only sensationalised, but also inaccurate.”

Thompson last week issued a letter to clients saying the company continued to make progress on its “11-step action plan” but that the DEA had again instructed that the Shongweni site “halt disposal of the Type 1 Waste Stream as of 16h30 on Friday, 28 October”.

“I am writing to you as our customer to assure you that we will nonetheless be able to divert this stream to our Holfontein site, and that you will remain fully compliant for this and other Waste Streams,” said Thompson. The company was working with the DEA to ensure there was “a common and realistic understanding of what this measure seeks to achieve,” he said. "We want to reassure you that we are committed to complying with the DEA’s instructions and we will continue to engage all stakeholders on this matter.”