Monkey business. Love in a time of Fanagalo

Exists there in Africa apes? says Grete Zimmermann in studied English. She has clearly taken great care structuring this sentence, it comes word by word from her lips with no intonation. Fair enough, we both of us have given much thought to the problem of opening a friendship, and now she’s done it. I quickly structure a studied German reply for my own lips. It gives apes in quantities of great magnitude, say I. Without intonation.

We smile, spontaneously. We have been flung together by Fate. Well, to be precise we have been flung together by Professor Hundhausen. I call him Mister Doghouse and Grete laughs spontaneously, we’re getting along just fine. Mr Doghouse flings us as a team of two among six teams in the Fresco Technique course at the Art Academy, built on the hill of rubble which once was part of Stuttgart, scraped together by the bulldozers in between the bombings.

If you study fresco techniques in Germany you don’t just ooh and aah and gaze in awe at Giotto and Michelangelo prints, you learn how to make the lime plaster, then how to plaster the wall, one day’s whack at a time, and how to lay the pigment into this plaster while it is still wet, that’s why it’s called fresco – fresh. Grete is great at all this mixing and hauling, but she has a problem with the plastering; it needs two hands and she has only one, the right. The other was blown off by British Lancasters one night. 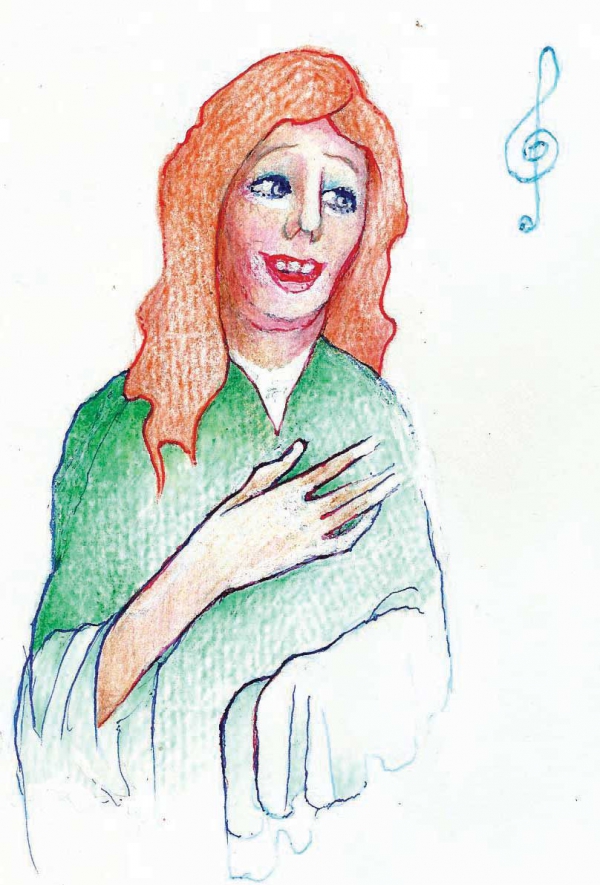 But we quickly learn a system of three hands for two people. This exercise is a Giotto copy, full size. Twelve of us are buzzing away at it with a two-level scaffolding; Grete and I have been given a ground-level part, because she can’t climb too well either, since she has only half a left leg. For balance, says she; the American B17s had to have a turn too, by day, so that all was fair. Das bittere Gelächte, black humour, that. We find ourselves in bed soon enough, because she is, as one would say in studied isiZulu, too nice.

There is much mirth about our daft Anglo-German Fanagalo. It’s happiness that makes people close, laughter. We explore each other: beneath the flowing auburn of her hair is a deep gash where a piece of skull is missing, her torso is generally lacerated, hammered about by blast and steel splinters. I am not pretty, says she. I am an old maid at twenty-three. There are not enough men in Germany to go round and I am no choice. Her English is coming along just fine. So is my Kraut. Have you not noticed down the middle of my face a long schnoz like a carrot, only pink, say I, nor noticed that my ribs are sunk deep down the middle from childhood asthma, nor that I am exceeding skinny from excessive marathon running? And as for the matter of men to go round, have you not noticed that I am one such, though not much of a choice either?

But I’m here only briefly, one year. Of course we don’t dwell on that. Indeed we don’t think of it at all. Grete has started singing, she sings all the time, as birds sing on a fine day. In the still of the night she sings love songs, lieder of Schubert, country love songs from Württemberg  When I rest my head against her sternum just below the throat, I can hear the song coming straight from her heart. Why should we spoil all that by thinking of the future?

But the future soon enough becomes the present. What sort of work could I do here in Germany for a work permit? We fall silent and think, think, think. Well there’s always one thing, say I; the new Luftwaffe is looking for aircrew and I could sign on as a pilot. There’s a Cold War going on. My old Air Force friends have signed on in England, we could go there, perhaps. You would be a BOMBER PILOT? says she, in some alarm. Well I was one once, say I, but I take your point.

We fall silent. We think and think. The obvious solution, say I, is that you should come back to South Africa with me, there’s plenty work there for both of us. She puts her hand to her face. No, she whispers, I’ve had enough horror. No civil war, no racial war, no big man dictator. No, no more! She’s right. But I know I have to go back to SA.

And I do. But we have no civil war. We are neither Angola nor Mozambique. We have a good constitution and continuity and a civil society that works, with some bumps. I have a feeling of something good wasted. Fate made monkeys of us both. Apes all right.