Absa response to widow raises more questions than it answers

A rural KwaZulu-Natal Midlands widow who has been fighting for access to her late husband’s provident fund for the past three years, was told that if she wants to know where the cash is, she must get a court order. 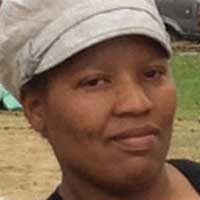 Noseweek first wrote about the case of Mandisa Happy Dlamini in November 2015 (“Absa accused of being ‘shameless liars’”, nose193). Ever since her husband Bernard died in May 2013, she has been in an endless battle with Absa Consultants and Actuaries (ACA), who manage the Private Security Sector Provident Fund (PSSPF), to pay out her late husband’s death benefit. All in vain. In July 2013 Dlamini, who had been unemployed and pregnant with Bernard’s child at the time of his death, asked her former employer Gail Meyer, an estate agent from Durban, for help.

It was only in October 2015, after Noseweek had contacted Absa Consultants, as well as Vunani Benefit, which claims to trace beneficiaries (generally unsuccessfully), and the PSS Provident Fund trustees, that Dlamini received a hurried payment of R51,184 into her bank account – but without any written or telephonic explanation.

On 21 January this year, after constant pestering, Meyer received a “Death Benefit Notice” explaining the October 2015 payment to Dlamini.

Apart from the awkwardly late condolence message, it raised more questions than it answered. The reckoning said that the provident fund, to which Bernard had contributed for 12 years, amounted to R118,940, of which 35% or R53,564 would go to Mandisa  and a further 10% would be payable to Bernard’s stepson. It made no mention of what would be payable to the newborn son, or anyone else – Bernard had two other children from other relationships.

Eventually Dlamini wrote a pleading letter to the PSSPF chairman Robert Dube on 9 May 2016:

“Mrs Meyer told me that when she asked you about [the payments] you said the balance was paid to Bernard’s mom and his other two children from other girlfriends. This is not true. My mother-in-law received no money and there is no proof of payment to the other children. Had it not been for Mrs Meyer’s help, I would have received nothing. You must please tell me how the money was divided. I believe I have a right to know, being Bernard’s wife when he died”.

She got no reply.

Then out of the blue on 5 June this year ACA fund manager Beverly Phillips informed Meyer that the money for Mandisa’s baby boy would now be paid into a trust; set up by Bophelo Life which would collect fees along the way for this service.

“On receipt of the birth certificate (which is outstanding), his portion (21%) will be transferred to the Trust Fund to set up the Trust,” said Phillips.

Meyer had already sent Vunani and ACA the birth certificate in October 2015. They, again, seemed to have lost the documents.

“ACA are a bunch of liars. How many more people like Mandisa are being treated like this? I have power of attorney, means of communication and a lawyer, working pro bono, but it has been a battle to get this far. It makes no sense to set up a trust for such a small amount (about R25,000) and it is bizarre that despite all our communications, this is the first time we have heard of such a trust. Surely Mrs Dlamini can be trusted to use the money in her child’s best interests,” said Meyer.

Fund chairman Dube told Noseweek that the only way Mandisa would know who had got what, was if she were to obtain a court order compelling them to release the trustees’ resolution. He assured Noseweek that no funds had been deducted by the bank or Vunani “from a slice of [Mandisa’s] benefit”. But PSSPF did skim off R1,175 in “fees”.

Meyer has since asked an attorney to pursue the court order. Meanwhile ACA was served a 120-day termination notice by the PSSPF in May. The fund said its reason was that they had “not been entirely satisfied with the service”.  Who would have thought?

Sent several questions by Noseweek, Zintle Letlaka, replying for ACA, said: “Absa acknowledges termination of its contract to the Private Security Sector Provident Fund (PSSPF). Absa will continue to fulfil its contractual obligations to PSSPF until the end of the notice period. Bound by client confidentiality, Absa will not comment further on the matter.”