Retired Witsand businessman and disenchanted Nedbank client Tiaan Lamprecht finally has a court date – in March next year – having been systematically and shamelessly lied to by Nedbank for nearly 13 years in their determination to avoid iability for the wrongdoing of a senior employee that resulted in Lamprecht’s losing his R1-million investment.

Lamprecht is by now so outraged by the bank’s deceit that he is prepared to fight the matter “even from the grave”.

His story was first reported in nose160. His approach to Noseweek was largely fuelled by what had happened shortly beforehand. In November 2012 Nedbank had managed to sweet-talk Lamprecht into withdrawing his pending court case against them in favour of private mediation.

He did so in good faith, then they screwed him: knowing that the cost of reinstating the case and getting it back on the trial roll was high, they offered him a paltry, non-negotiable R48,000. He had already enrolled the matter twice prior to that – at the South Gauteng High Court in Johannesburg – only to discover shortly before the trial day that the court file had disappeared.

The bank lost his investment by trading in the highly volatile Contracts for Difference (CFDs) – against Lamprecht’s express, written instructions.

In 2001 Lamprecht approached Nedbank’s senior financial advisor Karl Luck, based at the Johannesburg head office in Fox Street. Lamprecht knew Luck from previous dealings with the bank; dealings that went back 30 years.

Lamprecht had wanted to invest a portion of his pension in foreign exchange only. Luck recommended a “bank” called IFX, based in London, and even guaranteed the investment on behalf of Nedbank. But 12 months later he lost it all. Luck had put the investment in CFDs.

Luck was subjected to disciplinary procedures, but midway, he skipped the country to Europe. It is suspected he is working as a labourer in Germany. Lamprecht, armed with his written guarantee and proof of a clear breach of his agreement, demanded to be re-imbursed by Nedbank. Instead, Nedbank bizarrely denied that Luck had been in their employ.

Having informed them he would now seek Noseweek’s help, just days before the magazine went to print with his story on 8 January 2013, Jan Steyn, from Nedbank’s legal department, phoned him and asked if he would like to go to mediation – again. Apparently Steyn was also not too happy with the publicity.

On 15 January 2013, Lamprecht sent Steyn the following email: “The Falcon Trust (Lamprecht’s vehicle for the investment) is not interested what Nedbank thinks or feels regarding the fact that we made contact with the media and that through the action we adversely affected our case with Nedbank – what a laugh.

“When Nedbank gets serious to negotiate for a settlement and stops trying to bully the Falcon Trust into the smallest possible amount and not what is fair, please be so kind as to contact my lawyer, Mr Julian Meltz.”

Steyn replied, missing the irony: “I wish to point out that Nedbank was at all times (even now) prepared to reach a fair settlement but your attitude is that Nedbank must capitulate, which makes it very difficult to settle the matter.” 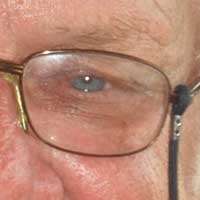 It was nearly  two years later, in October 2014, that Nedbank finally admitted to having employed Luck, after Lamprecht obtained an order compelling the bank to make his employment records available.
Luck’s employment contract has gone missing. This fits nicely into Nedbank’s claim that Luck was never allowed to close such a deal with Lamprecht and that he was rogue. The matter is due to be heard in March 2017.

“Nedbank hasn’t produced any evidence that they are not responsible for their employee. They have repeatedly delayed the matter in the hope I will give up but I won’t. I am sure any judge will see through their smoke and mirrors. Even if I die, my family will continue to fight for what is right,” said Lamprecht. He is seeking his R1m back plus interest of 15% pa from 1 January 2002.