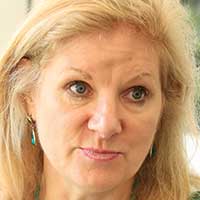 Nearly 15 years ago in January 2002, Debbie Adlington lay in a coma in the intensive care unit at Groote Schuur Hospital, Cape Town, having been bludgeoned by her husband.Estate agent, Tony Adlington, 42, attacked his 38-year-old wife in their Marina da Gama home with the blunt end of an axe, leaving her unconscious, before hacking the couple’s three young children to death. He struck Kevin, 12, Katelyn, ten, and Craig, nine, with the sharp edge of the axe, before setting their bodies alight. He then shot himself in the head.

Debbie’s devastated relations rushed from their homes in KwaZulu-Natal, to keep vigil at her bedside, hoping for signs of response.

After the initial shock, and with Debbie still in a coma, her father David MacInnes and her brothers, Nigel and Bruce, decided to start assessing the financial situation that Tony had left behind. A qualified CA, he had been operating a Rawson Property Group franchise, serving the lower Wynberg area. His office was in 2nd Avenue, Kenilworth, and he sold commercial and other properties. At one stage, he had nine agents working under him. The agency also managed bodies corporate, for which it earned fees. 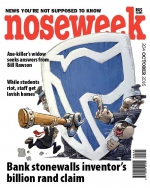