Taxing day for the wallet doctor

A significant media victory was scored in July when I, as a representative of investigative television programme Carte Blanche, gained access to the taxation (vetting) of an attorney-client bill of costs at the Palace of Justice in Pretoria. Taxation is usually a fairly informal procedure that takes place in a back office where members of the public don’t venture – but it has consequences that can bankrupt most of us, putting us out of our homes and onto the street. (Contra: It can also establish the extent of theft committed by an attorney.)

The road to open justice in this instance was not an easy one.

DJP Ledwaba’s office responded:  “Your request has been referred to the Chief Registrar Mr Mniki, who stated that he will make the necessary arrangements with the Taxing Master.”

Making “the necessary arrangements” was the last thing on Mniki’s mind. He is not a follower of the open justice school. This, despite the fact that his boss, Judge President (JP) Dunstan Mlambo, had declared in 2014 (when giving the media the right to live-broadcast the Oscar Pistorius criminal trial): “At this day and age I cannot countenance a stance that seeks to entrench the workings of the justice system away from the public domain.”

Mniki has a reputation. In 2013 I discovered that bogus Bedfordview attorney Ben de Wet regularly paid Johannesburg High Court clerk Prince Makhondo to unlawfully remove affidavits from court files and hide them in an effort to defraud creditors.  “Glenfiddich” Makhondo (so named for obvious reasons) also manipulated the court roll to keep “friendly sequestration” applications far away from “difficult” judges such as Phineas Mojapelo, Kathy Satchwell and Moroa Tsoka.

When the scam came to the attention of the Justice authorities they appointed Mniki to investigate Makhondo. Mniki tipped off Makhondo. Three weeks later the evidence had vanished, Makhondo denied the allegations and Mniki’s subversion of due process had worked. Makhondo still brazenly operates his Johannesburg High Court cash business.

It was subsequently discovered that Makhondo was in the pay of Ronald Bobroff, when an insider provided Moneyweb with a Bobroff cheque requisition for R100 paid to Makhondo for copying a court file.

In order for me to attend this taxation, Mniki was required to do no more than comply with the instruction of DJP Ledwaba. Instead he decided the public had no interest in observing the workings of the justice system. He refused me permission to attend, saying he would only provide reasons for his decision if required to do so by a judge.

Notwithstanding, I presented myself at Taxing Master Chetty’s office on the appointed day. In attendance were Estelle Veldsman, representing the Law Society of the Northern Provinces; attorney Johan Jooste for Rübbers; and the two legal cost consultants: Rosslee for RBP and Cora van der Merwe for Rübbers.

Chetty confirmed her commitment to the principle of open justice and, in passing, asked the two attorneys whether they had an objection to the media being present. They did not.

Rosslee presented his argument in defence of the bill of costs he had drawn. Rübbers had signed three different fee mandates on the same day in 2011 and another one in 2015. This, argued Van der Merwe, indicated there could not have been a “meeting of minds” on any of them, making them all invalid.

Recent RBP court cases reveal that the multiple mandate pack signed by RBP clients was intended to deceive the judge who would ultimately hear the matter and to reverse engineer fees for RBP in order to justify its illegal and outrageous fees. 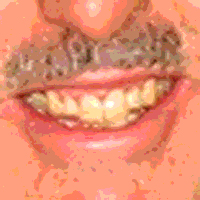 Van der Merwe impressed upon the taxing master that she should not rely on any mandate for which Rosslee could not produce the original. In support of her argument she produced an RBP fee mandate in the matter of their former client Christine Maree. This, she demonstrated, was a forgery created by fugitive attorney Darren Bobroff to deceive Judge Brian Spilg who had heard Maree’s case.

• Pages 1 to 10 have two punch holes whereas page 11 has just one. Darren Bobroff pasted the bottom half of a later agreement on this page to backdate the mandate, making it appear legal.

Taxing Master Chetty’s questions were pointed and her explanations lucid. Rosslee was given ten days to produce an original mandate for inspection. He was unable to do so; it did not exist. By all accounts, Rosslee, “the wallet doctor” to Ronald Bobroff’, has been stripped of his title.

The Rübbers’s taxation is due to be finalised on 28 September.